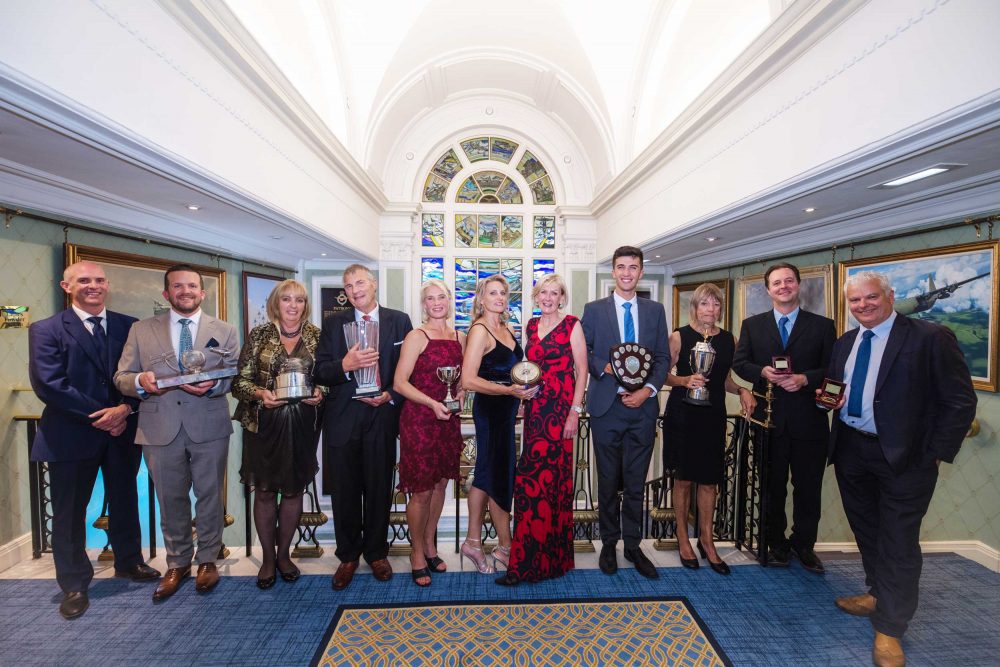 An awards ceremony – OK, party! – for the 2018 to 2020 Dawn to Dusk competitions was held at the RAF Club in London by Pooleys earlier this week.

Pooleys have run the International Dawn to Dusk Challenge since 1964 – now in its 58th year – but the pandemic meant last year’s awards ceremony was cancelled.

Pooleys said, “The Dawn to Dusk Competition provides a unique aeronautical challenge participating in a day’s flying using an aircraft of the competitor’s choice.

“The competition is an opportunity to further your flying, to expand your horizons and to give you the excuse you need to have the flying adventure you have always wanted to have.”

Nic’s Dawn to Dusk Flying Adventure was published in FLYER May 2018, available as a free download to FLYER Club members

Glenisla Trophy – Pilot and crew each having less than 75 hours in command Harry Karmel (To learn and practise my short, soft field flying and improve confidence in Controlled Airspace) Piper PA28-161