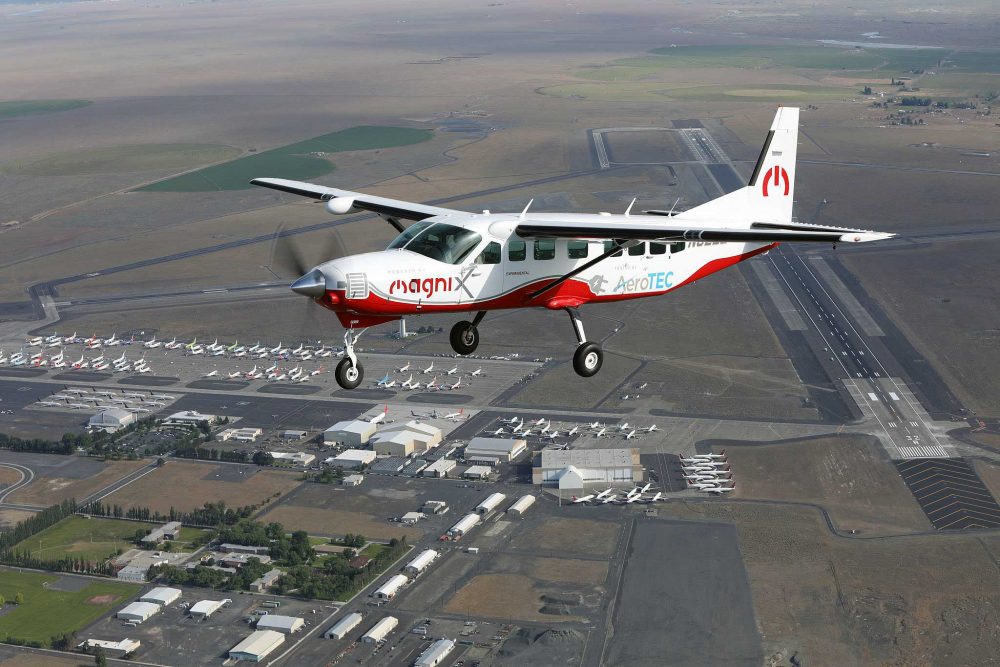 The largest all-electric commercial aircraft had its maiden flight yesterday. A Cessna Grand Caravan 208B with a 750hp (560kW) MagniX electric propulsion system made a 30-minute flight.

MagniX worked with leading aerospace testing and engineering company AeroTec to install the magni500 system into the Caravan. The flight took place at the AeroTec Flight Test Centre at Moses Lake, Washington.

“The iconic Caravan has been a workhorse of industry moving people and transporting goods on short routes for decades,” said Roei Ganzarski, CEO of MagniX.

“This first flight of the eCaravan is yet another step on the road to operating these middle-mile aircraft at a fraction of the cost, with zero emissions, from and to smaller airports. These electric commercial aircraft will enable the offering of flying services of people and packages in a way previously not possible.”

MagniX is also working with Harbour Air of Vancouver to electrify its fleet. Last December they successfully flew a de Havilland Beaver floatplane fitted with the magni500 motor.

The eCaravan flight is an important step in the certification and approval process of the magni500 propulsion system, said the company.