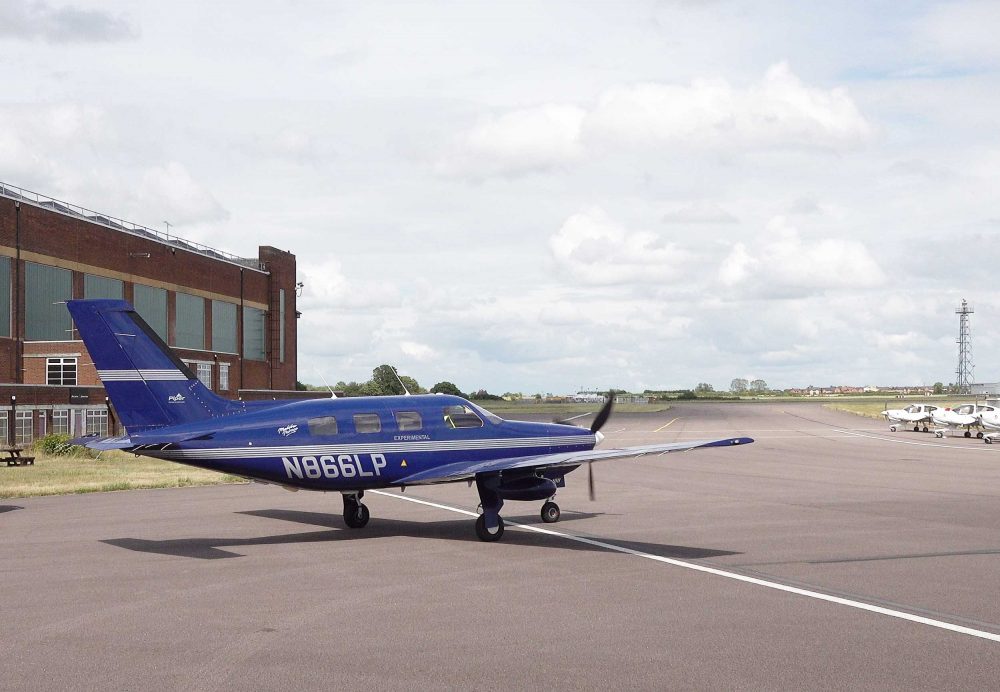 +VIDEO ZeroAvia has made the first flight in the UK of its hydrogen fuel cell Piper Malibu test aircraft.

The flight took place on Monday from ZeroAvia’s new base at Cranfield Airport.

ZeroAvia is developing a hydrogen fuel cell powertrain that offers zero emissions on a more promising energy-to-weight ratio than an electric aircraft powered by battery alone.

The aim is to make the project viable for commercial operations at a much larger scale. ZeroAvia plans commercially relevant, certified 10-20 seat aircraft ready to go within three years, and 50-100 seat aircraft in flight by the end of the decade.

“In spite of the challenges presented by the lockdown, and thanks to the support by the Airport’s Operations team, Cranfield University and Cranfield Aerospace, the HyFlyer project is progressing,” said ZeroAvia.

A hydrogen refuelling infrastructure has recently been commissioned and ZeroAvia has completed a full set of ground-based full-power flight simulations for its long-distance hydrogen flights.

“Today’s flight is the latest in a series of milestones that moves the possibility of zero emission flight closer to reality,” said Val Miftakhov, ZeroAvia founder and CEO.

“We all want the aviation industry to come back after the pandemic on a firm footing to be able to move to a net zero future, with a green recovery. That will not be possible without realistic, commercial options for zero emission flight, something we will bring to market as early as 2023.”

Project HyFlyer will culminate in a UK-based 250-300 nautical mile  flight from the Orkney Islands in Scotland.