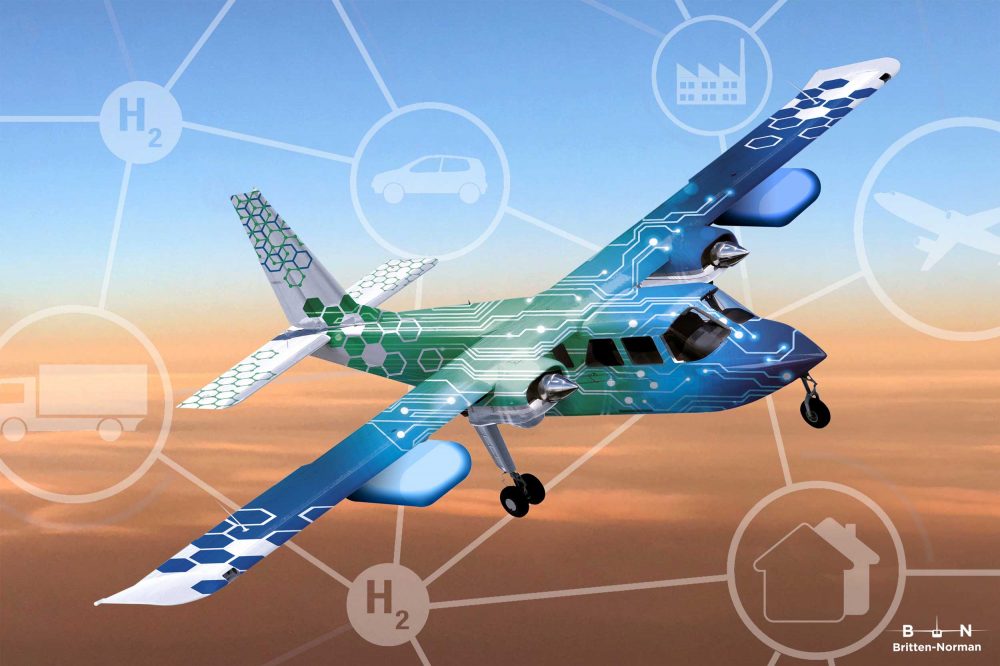 Flights to and from the Scilly Isles could become zero-carbon after Cranfield Aerospace Solutions and Britten-Norman agreed to work with Isles of Scilly Steamship Group.

The plan is to install hydrogen fuel cell system into the Britten-Norman Islander, an aircraft operated by the ferry company for many years. It’s part of a wider initiative known as Project Fresson.

The original concept for a zero-carbon aircraft led CAeS and Britten-Norman to consider battery power. However, weight, charge time and charging infrastructure made a battery-only solution impractical.

Moving to a hydrogen-electric fuel cell option provides operators with greater flexibility, higher passenger load and improvements to the bottom line through a potential 50% reduction in powertrain maintenance cost and a 40-50% reduction in variable costs.

The Isles of Scilly are 28 miles south-west Cornwall and attract more than 100,000 visitors a year.

The uniqueness of the islands has been recognised by the entire archipelago being designated as a Conservation Area, Area of Outstanding Natural Beauty, a Heritage Coast and a Special Protection Area.

Stuart Reid, Chief Executive of the Isles of Scilly Steamship Group, said, “The Isles of Scilly is a special and extraordinary place and we take our environmental policy very seriously, as well as our responsibility towards meeting the Government’s objectives of the decarbonisation of transport.”

The Isles of Scilly Steamship Group was formed in 1920 and established its Skybus airline in 1984. Skybus provides a year round scheduled service to the Islands from three airports; Land’s End, Newquay and Exeter. It operates a mixed fleet of seven aircraft using turboprop and piston engines over relatively short distances, typically less than 200nm or 1.0hr flight time.