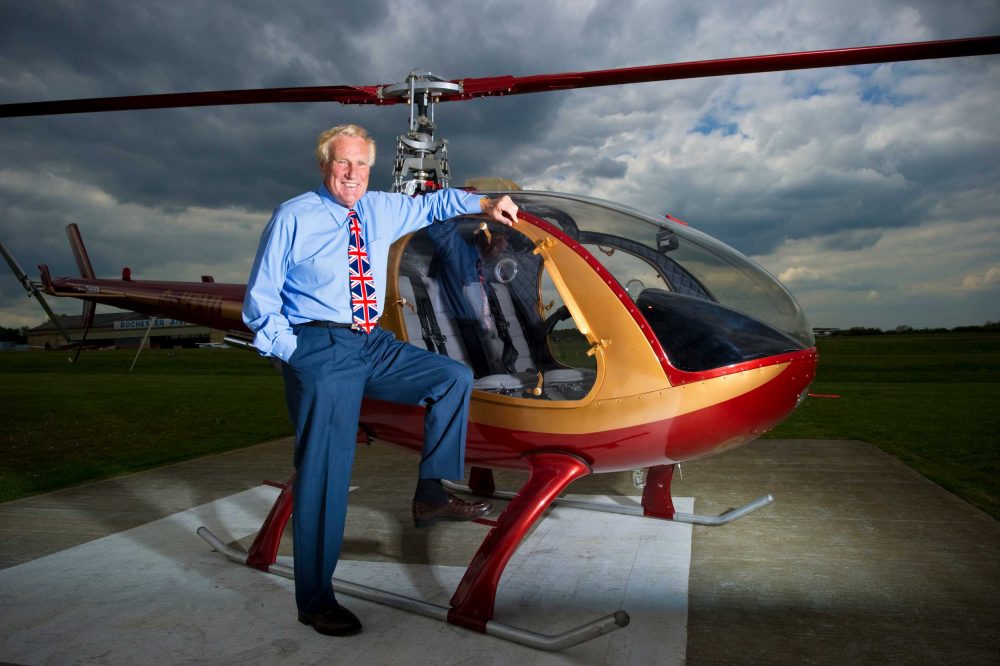 Former world helicopter display champion and FLYER columnist Dennis Kenyon has died in hospital at the age of 88.

Dennis was well known throughout the helicopter and airshow world for his astonishing displays in a helicopter, and for teaching many pilots to fly.

Dennis’s infectious enthusiasm for life and flying in particular won him hundreds of friends across the world, and many tributes have been paid to him across social media.

I knew Dennis personally as a friend, contributor to magazines I’ve worked on, and a great laugh to be with. His energy and enthusiasm, his flying skills, generosity with his time and the respect shown to him by our aviation community wherever he went, made it a pleasure and an honour to be with him.

Dennis trained as an RAF pilot on Meteor jets, then flew Canberra high altitude bombers, before leaving the service to join Spooner Aviation at Shoreham.  He was based there for many years selling helicopters, initially Enstroms which he always liked, but also Bell JetRanger and the Hughes 500 (now MD), before starting his own business.

But most people will remember Dennis for his ability to make a helicopter perform. He won the 1992 Freestyle Display World Helicopter title and competed in four world championships. He continued to fly well into his 80s, making his final display at the age of 85.

A fuller tribute to ‘DRK’ will be in the next issue of FLYER.