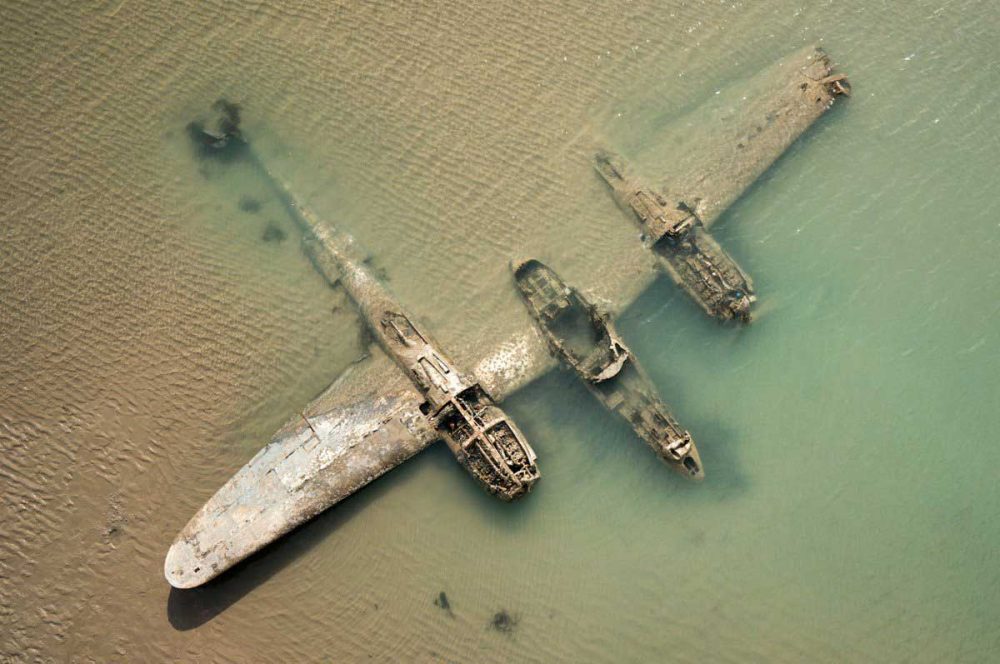 An American fighter plane which crashed during WWII off the Welsh coast is the first legally designated military aircraft crash site protected for its historic and archaeological interest in the UK.

The Lockheed P-38 Lightning fighter aircraft crashed off the north Wales coast in September 1942 and is the best preserved military aircraft crash site in Wales. The designation is from Cadw, the Welsh Government’s historic environment service.

The P-38 is buried around two metres below the sands. It has been uncovered three times since it crashed — the first sighting being in the 1970s, in 2007 and most recently in 2014.

The pilot at the time of the incident was Second Lt. Robert F. Elliott, 24, of Rich Square, North Carolina, who flew from Llanbedr on a gunnery practice mission and encountered difficulties — resulting in the crash-landing. The pilot walked away safely from the incident, but was reported missing in action a few months later.

Nephew of the pilot, Robert Elliott today lives in Kingsport, Tennessee and is a retired US Navy and a member of the 49th Fighter Squadron Association. He visited the site in 2016.

Robert said, “I am honoured and delighted that Cadw has given official recognition of my uncle’s P38F as a scheduled Ancient Monument. My uncle was among those brave and expert fighter pilots who served with distinction during WWII.

“My visit to the site with my wife Cathy in 2016 was very moving and emotional.”

Local aviation historian, Matt Rimmer, said he was ‘thrilled’ to see the aircraft scheduled. “I been an advocate for the preservation of historic military aircraft crash sites in Wales for over twenty years.

“It not only acknowledges the significance of this particular aircraft in a historical context, but also the important role played by Wales in the air war against Nazi Germany and the thousands of aircrew from many countries who trained here, many of whom lost their lives either in accidents during training or subsequently in combat.”