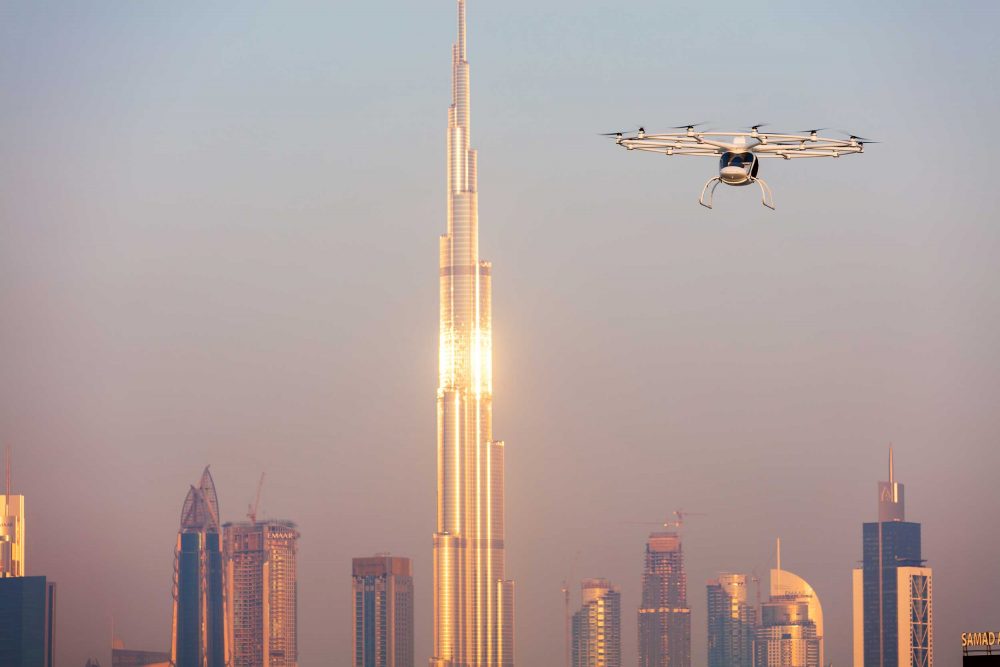 +VIDEO The world’s first drone air taxi, the Volocopter, has started unmanned flight tests in Dubai. The United Arab Emirates city plans to be the first to introduce the air taxi service.

The flying taxi from German company Volocopter is powered by 18 electrically driven propellers and has an endurance of 30 minutes at a cruise speed of 50kph. It is remotely controlled, like a drone, with several safety reserves including back-up batteries, more propellers than it needs to stay flying, and parachutes.

“We are glad to witness today the test flight of the Autonomous Air Taxi,” said Sheikh Hamdan. “Encouraging innovation and adopting the latest technologies contribute not only to the country’s development but also build bridges into the future.”

No date has been set for manned flights or the introduction of the air taxi service.