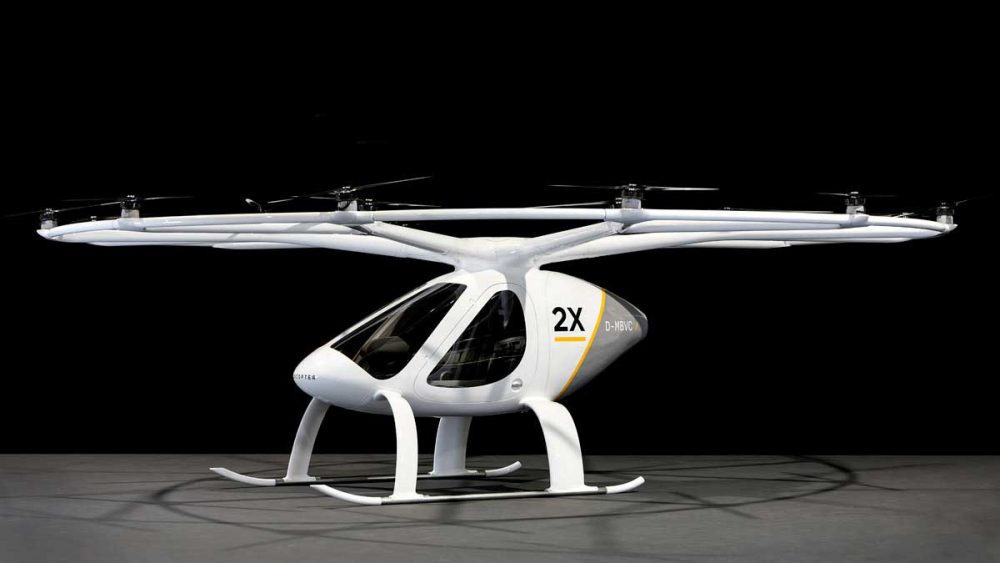 e-Volo has taken the first step towards a series production version of its unusual ‘multicopter’ with the launch of the Volocopter 2X at AERO this week.

The German company plans to certify the two-seat 2X under a new German Ultralight category being created for 2018 and offer the 2X for sale next year. No price has yet been announced.

Further, e-Volo is developing a four-seat model and plans to obtain certification under EASA and FAA airworthiness rules for commercial operations as an air taxi.

The all-electric 2X has a quick change lithium-ion battery system claimed to take just a few minutes to swap. Maximum flight time with one battery set is said to be 27 minutes at 51km/h (31mph), and max range is 27km (17 miles) at 70km/h (43mph).

Other key figures for the 2X:

The 2X can be flown under a German Sport Pilot Licence, and is said to be easy to fly thanks to an automatic height and position control.

There are various safety systems including a full aircraft parachute, and multiple redundancy in critical component including propellers, power source and controls. It has no fewer than 18  electric motors.