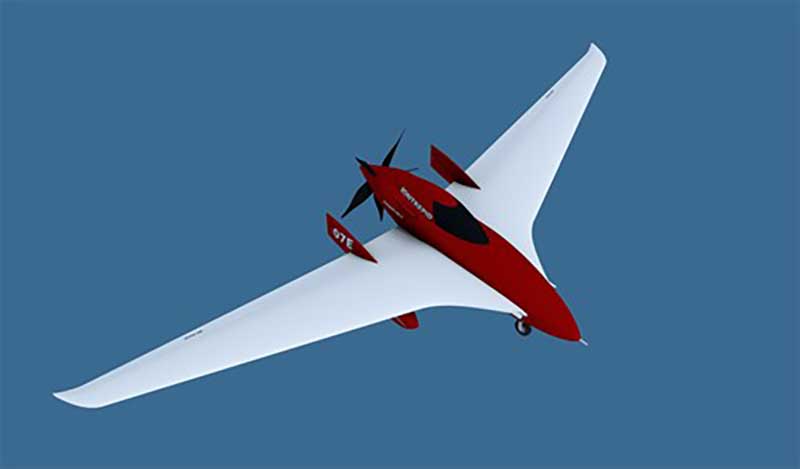 A virtual ‘timed lap’ has decided the top three winners in this year’s Royal Aeronautical Society design competition for an electric air racer.

The winner is a flying wing design, called Iontrepid, from New Zealand, which covered the 5km ‘circuit’ in a time of 2 minutes 47.6 seconds. Image above from the RAeS.

The 2019 RAeS competition to design an electric air racer is inspired by Air Race E’s new competition starting up in 2020.

The results were announced at the Royal Aeronautical Society’s annual Light Aircraft Design Conference on Electrifying General Aviation on 18 November.  Awards were presented to the top three by Steve Slater, CEO of the Light Aircraft Association.

The competition was run in conjunction with Air Race E and required entrants to design an electric air racer to take off and fly around an oval circuit five times, with extended high G turns at each end.

The time was measured round the 5km race circuit in a simulator that measured race time and voided any flights in which the aircraft flew too high, too low, or inside a pylon. Entrants also had to justify their simulator assumptions in a comprehensive design report.

The design rules were based on Air Race E, but widened to encourage a broader range of configurations.  Fifteen entrants provided fierce competition for the title, submitting a wide variety of designs.