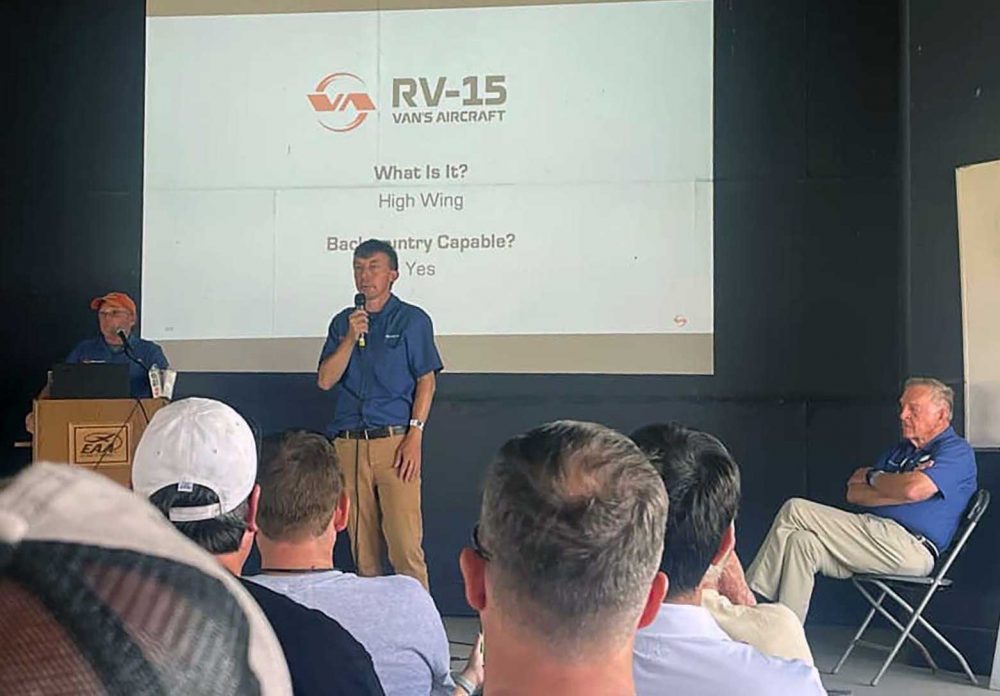 A high-wing? From Van’s Aircraft? You must be kidding! No, it’s true. Van’s officials held a conference at Oshkosh yesterday and revealed a precious few details about their next aircraft, the RV-15.

Yes, it will be a high-wing aircraft, the first that Van’s has built – all the other kitplanes in its range have been low-wing.

It will also be available with a tailwheel or a nosewheel (as are most Van’s aircraft) and will have the ability to operate from backcountry strips. It will have a stick, not a yoke.

One thing doesn’t change – the RV-15 will be an all-metal aircraft, like all the other RVs. Phew!

What’s not being talked about at the moment is the engine, number of seats, performance and price. The RV-15 is being worked on right now at Van’s Oregon factory and the company expects to substantially reveal the aircraft at AirVenture next year.

Rian Johnson, president of Van’s Aircraft, said in the presentation, “We’re excited about the design. It’s a large departure.”

There’s a sense of humour at Van’s about the RV-15! From the website:

Van’s has done well during the worldwide pandemic, with sales up 250 percent over two years. The world’s most popular kitplane manufacturer is selling 85 kits a week and the company has grown from 72 to 113 employees.

Thanks to FLYER reader Neil Parkinson for the story photo.