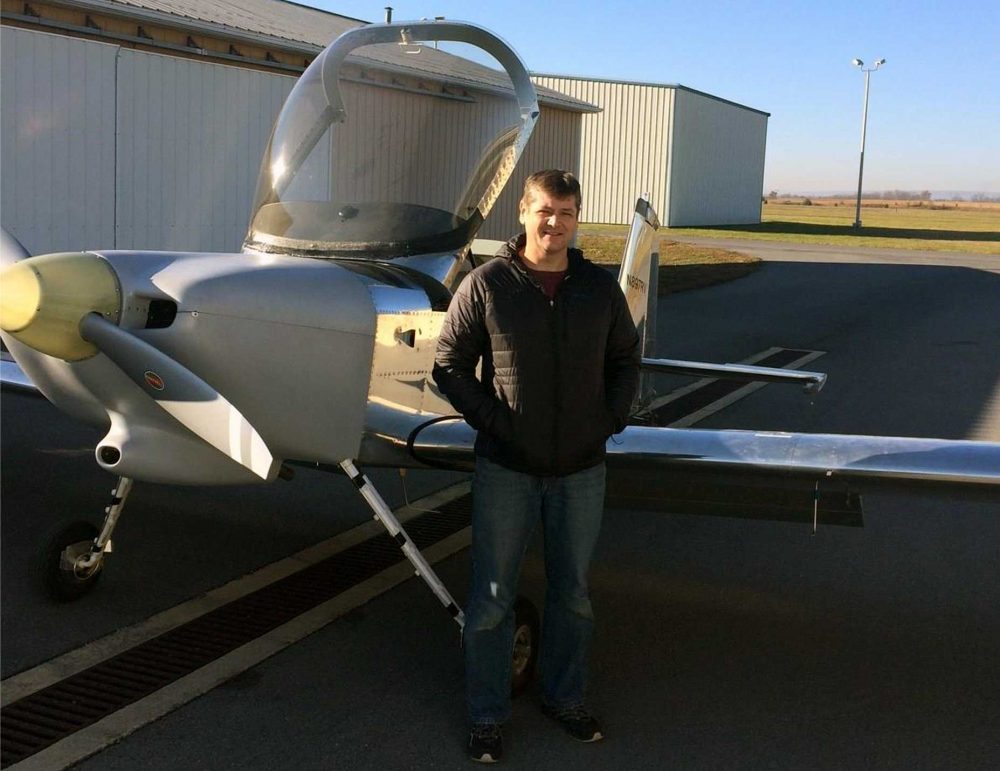 Van’s Aircraft has officially broken the 10,000 flying aircraft mark. The 10,000th Van’s kitplane has flown its maiden flight. Van’s starting selling plans in 1973 so it’s taken 44 years – an average of 1.6 aircraft taking to the air each day.

The 10,000th Van’s kitplane was built by  David Porter, of Martinsburg, West Virginia, USA, He spent 3.5 years building his Van’s RV-7, equipping it with a Lycoming O-360 engine, Hartzell blended airfoil prop, GRT/Garmin VFR avionics and seats by Flightline Interiors. The first flight was on 24 November 2017.

There are probably many more than 10,000 Van’s aircraft flying, said the Oregon factory. “but we don’t know about all of them. Many builders have taken to the air and, doubtless, the thrilling experience caused them to overlook alerting anyone at Van’s.”

“I immediately started running calculations about whether I could afford to build an RV. Before long, I ordered an empennage kit and sold the Piper Warrior I had owned for several years.”

“So currently, about one new RV airplane leaves the ground each day, 360 in the last year. An interesting sidebar is that the shortest time taken to gain 1,000 flying RVs was from 6,000 to 7,000 in the 23 months leading up to October 2010. At that time, three new RVs flew every two days,” said a Van’s spokesman.

“Cirrus, the leader of the certified single piston pack, will deliver around 300 airplanes in 2017, so the ‘distributed production’ of RVs is the largest addition to the worldwide piston fleet each year.

“Van’s continues to democratize general aviation, to offer as many people as possible the opportunity to experience affordable RV ‘Total Performance’. RVs have flown around the world, over both Poles, and in more than 50 countries.”

Dick Van Grunsven, founder and CEO said, “If we step back and take a historical view of the RV phenomenon, we realize that RVs have been part of the aviation scene for over half of the ‘personal aircraft’ era which began in the late 1920s.

“I cannot over-emphasize the importance of the countless builders and pilots who have supported each other, and created a community that is now an aviation icon.

“Together, we have advanced the enjoyment and safety of personally built aircraft. On this strong foundation, I see no end in sight to the growth and energy the RV community is offering to GA. “