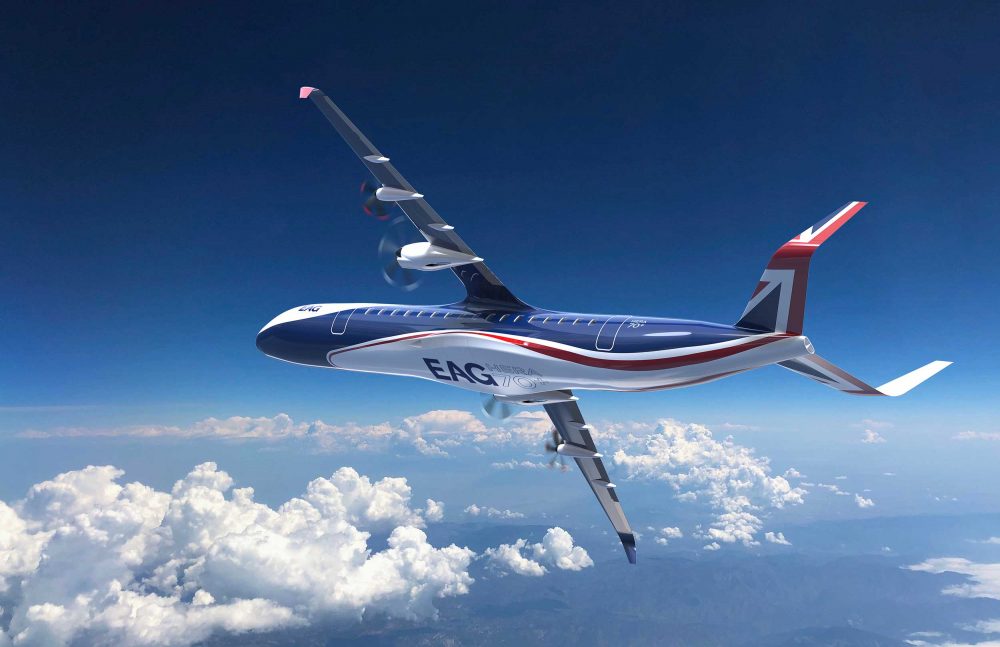 A design for a hybrid-electric powered 70+ seat airliner has been unveiled by a British company.

The aircraft is being developed by Electric Aviation Group (EAG), a Bristol-based engineering and development firm. It expects its first aircraft to be in service by 2028.

The design of the Hybrid Electric Regional Aircraft (HERA) was announced today at FIA Connect, the virtual version of the cancelled Farnborough International Airshow.

Kamran Iqbal, founder and CEO at the company says attempts to create a smaller, sub-19 seat hybrid and all-electric aircraft are taking the wrong track.

“Significant investments have been raised to develop sub-19 seat hybrid and all-electric aircraft which we believe is the wrong strategy,” said Iqbal.

“These small planes cannot meet the demands of mass air transportation or the requirements of decarbonisation.

“Our design is for an aircraft that will initially offer 800 nautical miles range at launch in 2028, and which will be able to carry over 70 people. We will be a first mover in what is a $4.4 trillion market.

“We expect this to be a great example of British design, engineering and build. Not only will the development of the HERA help the Department of Transport accelerate its ‘Jet Zero’ carbon reduction goals, it will also help to create much needed job opportunities in the aerospace, manufacturing, engineering and services industries post-Brexit.”