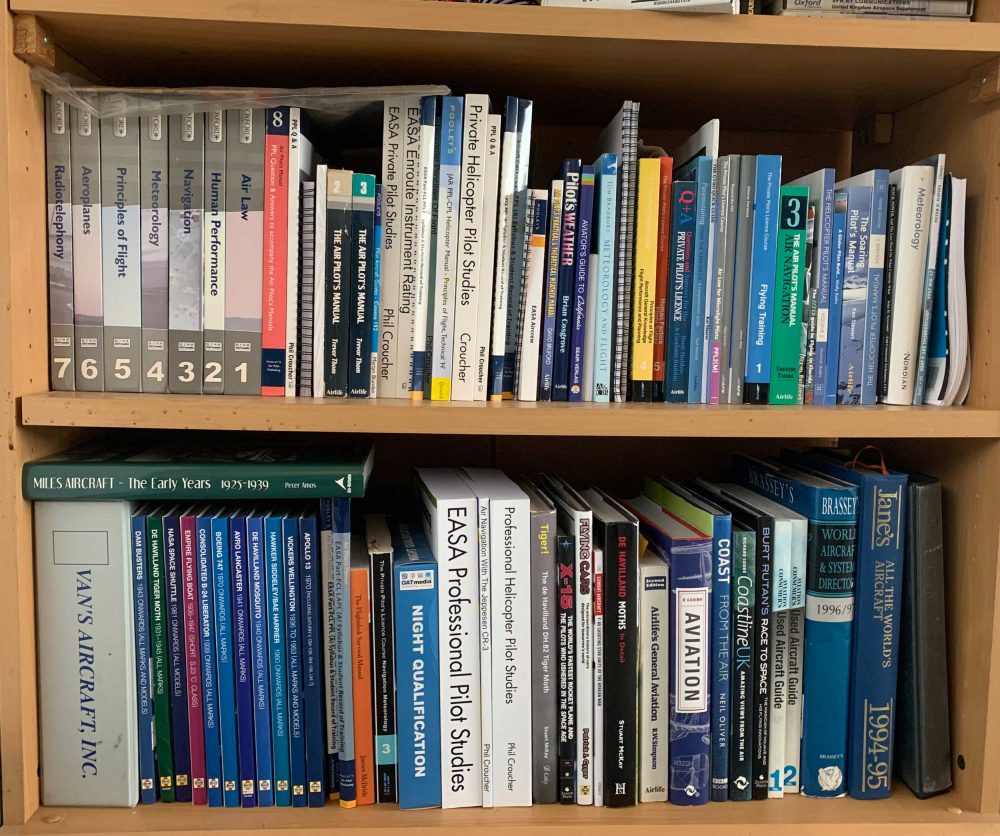 It’s winter with short days, muddy strips and sometimes challenging weather nibbling away at our opportunities to fly. Never mind, read instead!

Chatting away in the FLYER office, as you do, we realised that between us we’d read an awful lot of aviation books over the years.

Here are a few of our standout favourites – maybe you’ve some more titles you’d like to share? Where available, we’ve created Amazon links, making these great books easy to buy. 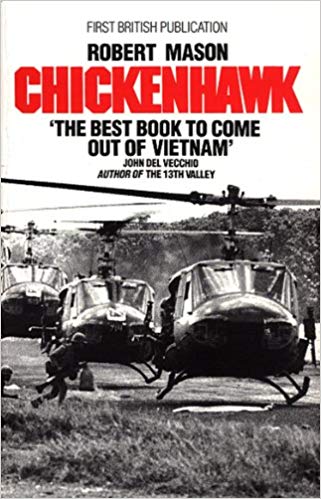 Chickenhawk/ Robert Mason
This book follows Mason’s journey from initial US Army helicopter flight training, through his deployment in Vietnam as a Huey pilot during the war and his subsequent return to civilian life afterwards. It’s not just another Vietnam War book, and has to count as one of the very best books to result from the conflict. ICS. | Buy here 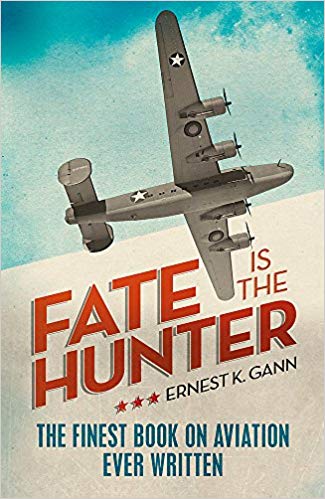 Fate is the Hunter/Ernest K. Gann
Set against the backdrop of Gann’s experience as a 1930s-40s airline pilot, each chapter is a mini-lesson in the perils that pilots of yesterday faced. Each story is well told and engaging in its own right, but considering many of the challenges we face in General Aviation today aren’t much different than those faced by Gann in his DC-3, each one takes on a special meaning for pilots of today. JF. | Buy here 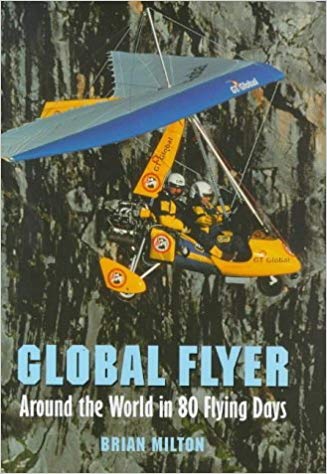 Global Flyer/Brian Milton
There can be no more bloody-minded, determined pilot than Brian Milton who flew his flexwing microlight, GT Global Flyer, around the world in 80 days in 1998, attempting to follow the route taken by Phileas Fogg in Jules Verne’s classic story. So bloody-minded that co-pilot Keith Reynolds left Brian to it after difficulties getting a visa to cross Russia. Brian was all for continuing sans visa, whereas Keith believed it essential to stay legal. This was no dream flight. It was fraught with hassle and incidents which Brian, a tough journalist, bludgeoned his way through to finally succeed. DC. | Buy here 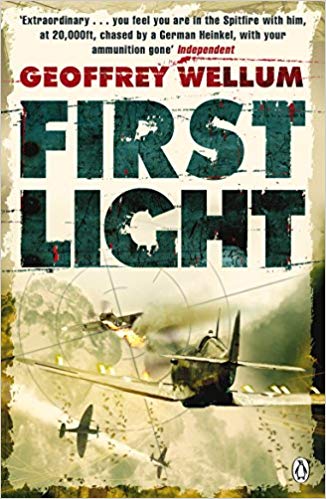 First Light/Geoffrey Wellum
This, for me, is THE book about flying in WWII. Wellum was barely 18 when he signed up with the RAF in 1939, progressed through flight training and flew Spitfires during the Battle of Britain – the youngest, earning himself the nickname of ‘Boy’. Later in the war, he flew in the bloody Battle for Malta. His account is detailed and personal, amazingly so given that it was written years later when Wellum was at a low point in his life. He wrote it to remind himself that he had once done something worthwhile. And he had indeed as one of the Few. DC | Buy here 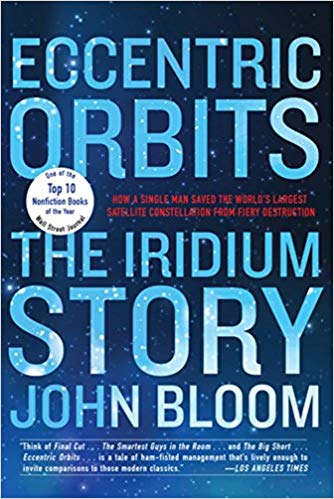 Eccentric Orbits/John Bloom
The satellite network that powers many of our two-way locator beacons and satphones used worldwide was considered a commercial failure by its maker and very nearly killed off, had it not been for the efforts of one man and his band of investors who saw what the network could be. Eccentric Orbits takes us through the fascinating technical creation, rise, fall and rebirth of the Iridium satellite network. JF. | Buy here 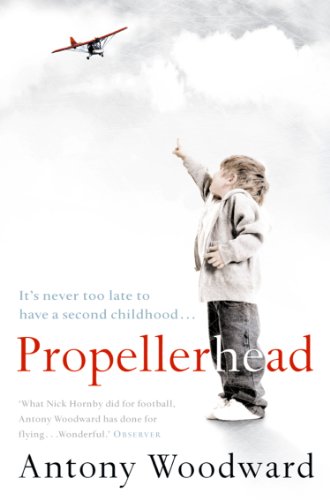 Propellerhead/Anthony Woodward
Parts of this book made me wince, but its raw insight into Woodward’s (not his real name) early microlighting career is fascinating, engaging and begging to be read in one ‘sittingfinish’ straight! ICS. | Buy here 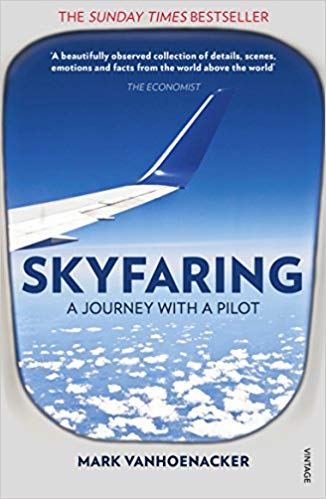 Skyfaring/Mark Vanhoenacker
Enjoy the romance of flight as captured in words by airline pilot Vanhoenacker. It’s an appealing mix of the practices and procedures of flying an airliner, coupled with Mark’s enthusiastic and keen-eyed observations flying around the world. DC. | Buy here 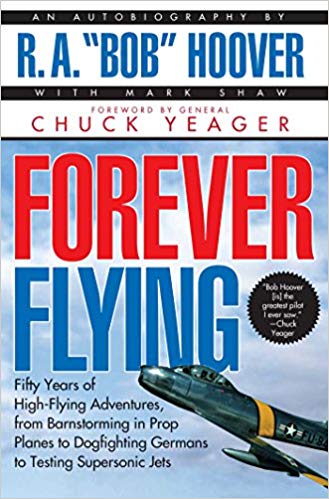 Forever Flying/R.A. Bob Hoover
The late Gen. James Doolittle referred to Bob Hoover as the greatest stick-and-rudder pilot who ever lived, and after reading tales like the time he wrestled an F86 Sabre to the ground after the an experimental powered flying control system failed, landing at 240kt, you’ll be in no doubt Jimmie was right… EH. | Buy here 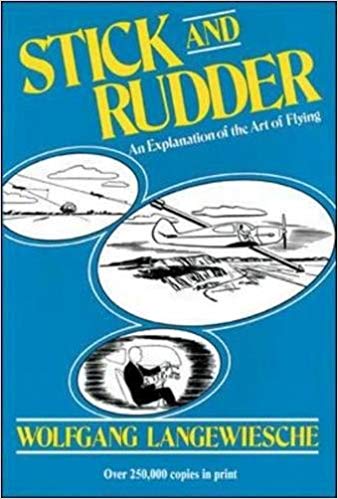 Stick and Rudder/Wolfgang Langwiesche
Originally published 75 (yes, SEVENTY FIVE) years ago, I think this book is essential reading for any pilots who… well, just any pilot really. It clearly lays out the basic principles of flight as they apply to the pilot, extolling the virtues of understanding the concept of flying the wing and angle of attack (and how it is directly controlled). ICS. | Buy here 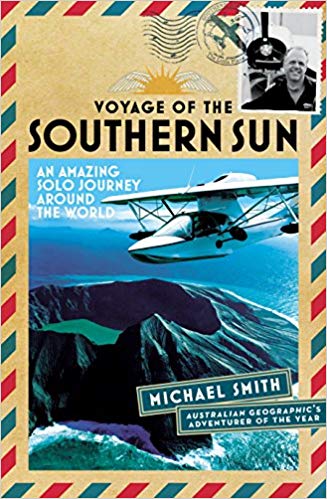 Voyage of the Southern Sun/Michael Smith
Smith set out to fly his two-seat single-engine Searey amphibious light aircraft from Australia to London, made it, and decided to carry on, crossing the Atlantic to the US and working his way back to Australia. It’s a well-written, highly personal tale, giving insight into his business and private life as much as the flying. If you’ve ever thought of circumnavigating the world, read this. It’s enough to make you get a Searey and follow his flight tracks. DC. | Buy here 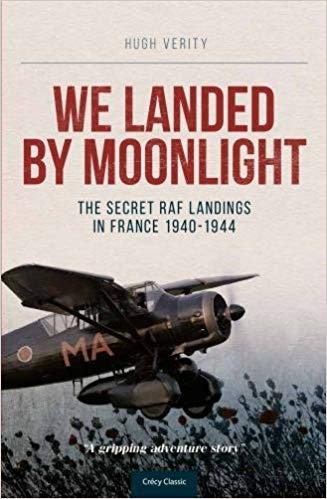 We Landed by Moonlight/Hugh Verity
Imagine flying a Lysander at night, finding and landing on an unprepared strip by moonlight with nothing more than a map, compass and stopwatch, all while people are trying to kill you and the SOE/Resistance agents that you are carrying to and from France. An extraordinary story brilliant told. ICS. | Buy here 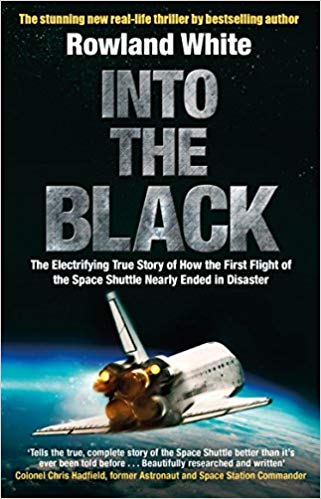 Into the Black/Rowland White
Probably the most complex machine ever to fly, when NASA created the Space Shuttle fly-by-wire was in its infancy and computer memory was measured in tens of kilobytes. A challenge for its test pilots, with its 10,000fpm descent rate pitched 20º nose down, and a flare that began at 2,000ft, and that was even before they lit the rockets to go into space. This amazing tale is full of fascinating detail. EH. | Buy here 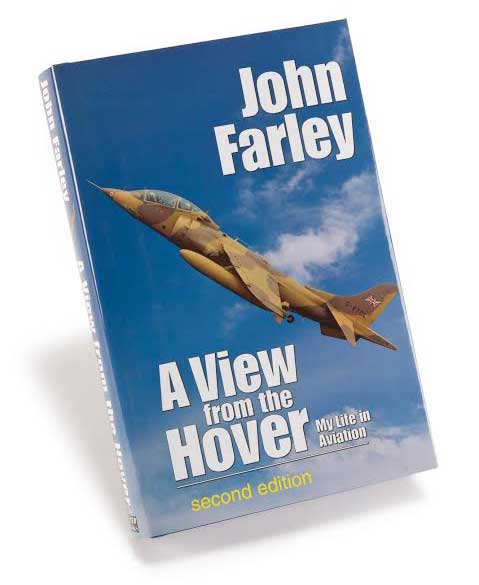 A View From the Hover/John Farley
Packed full of lively accounts of John’s days as a test pilot (for the Harrier and many other types) and rounded off with some great insights into how to improve your flying, this is a book which nobody who has an interest in flying or the history of aviation can afford to miss. | Buy here