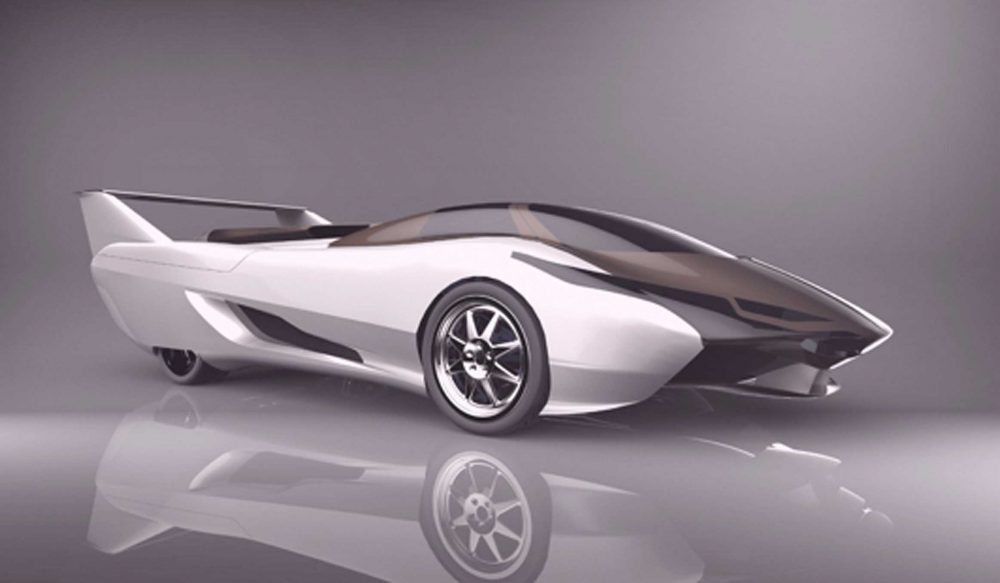 This is the Klein AirCar and, yes, it flies! The AirCar made its first flight last October at Nitra Airport in Slovakia.

It has been designed and engineered by Stefan Klein who was also the man behind the AeroMobil flying car. Klein left AeroMobil in 2016 to start his own venture, KleinVision

AirCar is composed of several functional units. Its aerodynamic fuselage provides enough space for the passengers and, at the same time, contributes to better lift characteristics during the flight. It also has retractable wings, folding tail surfaces and a parachute deployment system.

“AirCar has been conceived as a shape, evocating dynamic and attractive form predominantly built from an advanced composite material,” says the company.

“In the car mode, the object generates downforce using spoiler and elevator pitch whereas in the aircraft mode the entire surface generates lift.”

Future plans include three and four seaters, a twin-engine and an amphibious version.