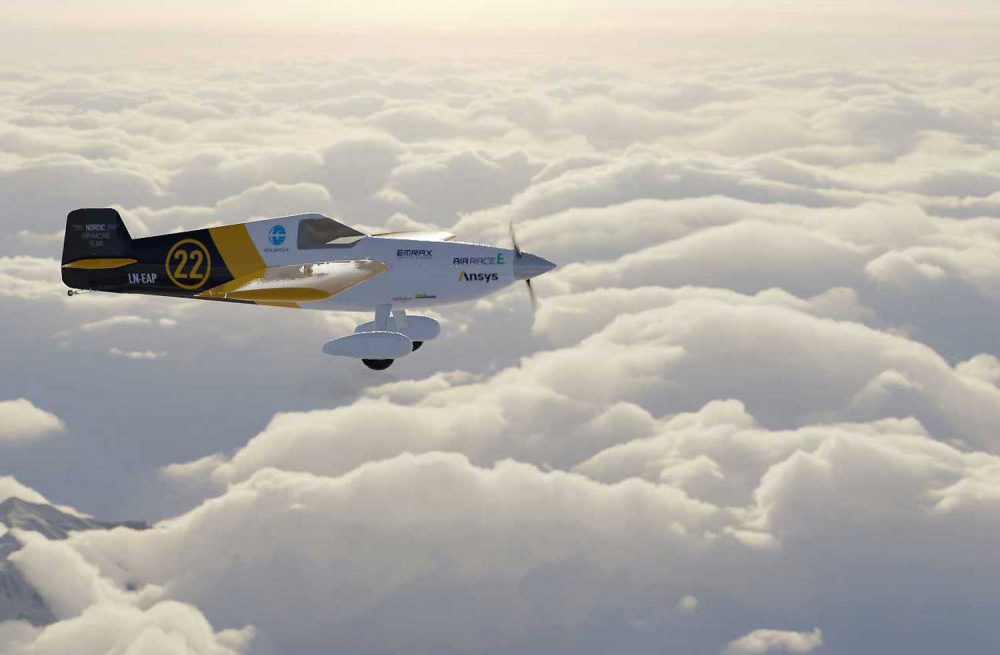 +VIDEO Two of the teams developing electric aircraft to compete in the upcoming Air Race E series have opened up the hangar doors to show and talk about their projects.

Nordic Air Racing is one of the teams likely to get airborne sooner rather than later. The team’s Pierre Dussaux said, “During Spring, while following the other teams on Social Media and interacting with the Air Race E staff, we realised that we were in a good position to fly sooner than some of the other teams.

“We remain calm about it though, as developing a race plane is a long and painstaking task that is full of unknowns that can incur delay.”

His caution was echoed by Marc Umbricht at Team Pie Aeronefs, who said, “My focus has always been to develop the best race plane we could make.  As such, being first has not been a top priority. The fact that we might be first is a welcome surprise!

“We have had some minor delays in milling our moulds, but now we’re back on track and our mill is turning almost full time,” continued Umbricht.

“Our batteries are getting ready for final assembly and testing (including a subscale fire test of the whole system), and our wing is almost ready to be closed. Our tail will be manufactured over the course of the next few weeks, and then we will be laminating the fuselage.”

Nordic is basing its aircraft on a Cassutt 111M. Dussaux said, “When entering the Air Race E adventure, we took the conservative approach of using a pre-existing combustion-engine aircraft and converting it into an electric one.

“This approach allows us to make only slight modifications to the aerodynamics of our plane. We also made sure to keep the weight and balance of the aircraft as close to the original plane as possible, thus making it less unpredictable during the testing phase.”

His colleague, Thomas Brødreskift, admitted, “So far, the progress has been good, although the assembly of the powertrain in our modified Cassutt has had us face several issues that we did not anticipate during the design process.

“However, we keep working day and night on the plane to be able to get it in the air and test it as soon as possible.”

Dussaux explained that the Nordic team has a long list of ground tests to make sure that the new powertrain operates as planned, and that the pilot’s safety is guaranteed.

He said, “Those checks include spinning the propeller at various speeds on battery power, checking that our power electronics behave properly, that our battery and engine cooling systems are nominal, that the Battery Management System is fully operational, and that all our sensors feed continuous and reliable data to the pilot and to the engineering team.

“High speed taxiing on the runway will bring the plane in an almost-flying configuration, while giving the opportunity to the pilot to gain confidence in the plane and anticipate some later in-flight behaviour. That will be the last step before we can lift off!”

“Considering the small amount of resources, we work with, we can be proud of the hard work provided by our little team, and their motivation to bring us in the air as soon as possible,” said Brødreskift (Nordic).

“We have not made any major mistake that would cost us a lot of time to repair, and we are still convinced that the technological choices we made are relevant considering our level of experience and resources.”

“I would have started earlier!” said Umbricht of Pie Aeronefs.

“More seriously, I would have planned for full vertical integration from the start.

“We initially planned on subcontracting certain components, for example the wing spar. Working with outside contractors, however, you need to have the parts ready for production before you pick up the phone, and then you need to be ready to wait weeks or months for them to make the parts for you.”

Asked about advice for other teams, Brødreskift said, “Considering it is the first year, I would recommend teams to keep simple design solutions in mind, and if possible, reusing a lot of well-known and tested components.

“It does not mean that the performance will be degraded, with those electric powertrains anyways I am sure we are going to be able to provide the world with a spectacular experience, very different to what has ever been seen before.

“The most important thing this year is to be able to compete, with planes that have had enough time to be tested before, in order to guarantee a high level of safety and high rate of planes being able to cross the finish line.

“If we can make that happen, I am sure we will have a lot of opportunities to refine our technological choices in the following years and bring cutting-edge solutions for this sport to become a reference in aerospace technology.”

Umbricht” “Assemble the right team. With the right people around you, you can build anything.

“Be prepared to completely change your designs when something is not working, but don’t hesitate to start making something that you know is good enough. And use a good versioning software!

Meanwhile, AirRace organiser, Jeff Zaltman, is continuing to try and get a US race series off the ground using kit or home-buiult aircraft based around a 100hp Continental O-200 engine – and it looks like his perseverance is paying off with the Texas city of San Angelo committing to stage an event on 30-31 October this year.

Zaltman explained the race format: “Eight aircraft line up on the runway and takeoff. The race track is close to the race runway – an oval track designated by pylons on the ground. The speeds top 280mph and the planes are flown at around 50ft above the ground. There will be held four heats per day with eight to 12 race teams participating.”