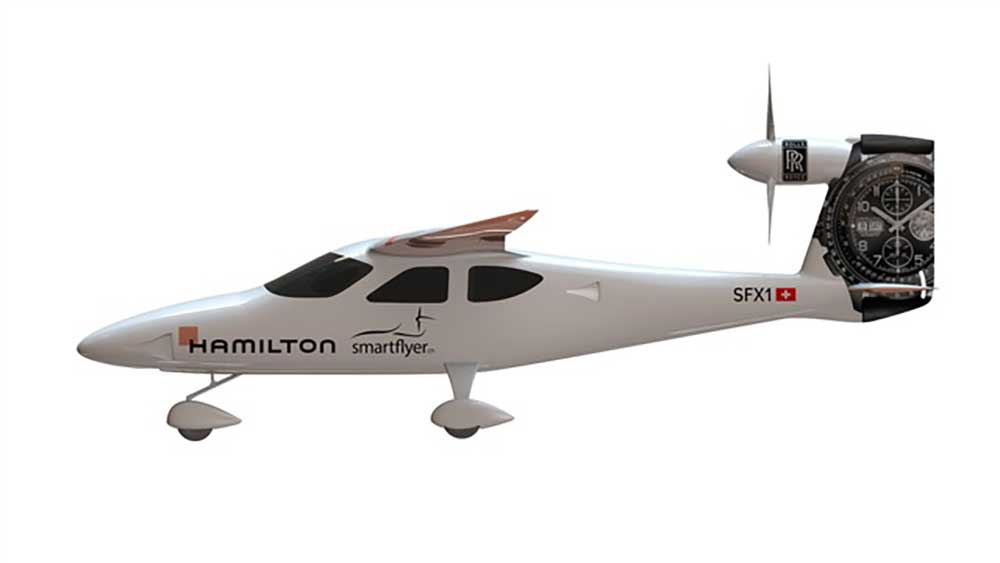 A Swiss hybrid-electric light aircraft has won a CNF 25,000 (about £21,600) prize as a ‘visionary idea that will shape the world of tomorrow’.

The Smartflyer SFX1 is a hybrid-electric aircraft with four seats, which is claimed to emit 50% less CO2, is 60% quieter and still flies over a distance of 750km with operating costs 33% lower.

Smartflyer says the aircraft is designed for series production and for EASA certification.

“A striking feature of the smartflyer SFX1 is the position of the propeller at the rear of the fin,” said Smartflyer. “The air thus flows laminar onto the propeller and the thrust can flow more or less freely. As a result, the aircraft achieves an efficiency increase of plus 30% compared to a conventional propulsion configuration.”

The founder and CEO of Smartflyer is professional pilot Rolf Stuber. He was also the initiator of the Smartflyer Challenge, the fly-in and symposium for electric aviation, which takes place every year in mid-September at Grenchen Airport.

This year, Smartflyer demonstrated the drive train to Switzerland’s Federal Office for Civil Aviation. The next step will be the construction of the airframe by summer 2021, followed by system integration. The maiden flight is planned for summer 2023. Five years are planned for certification and the establishment of series production.  After that, five to ten aircraft per year will roll off the production line at the Grenchen business location.