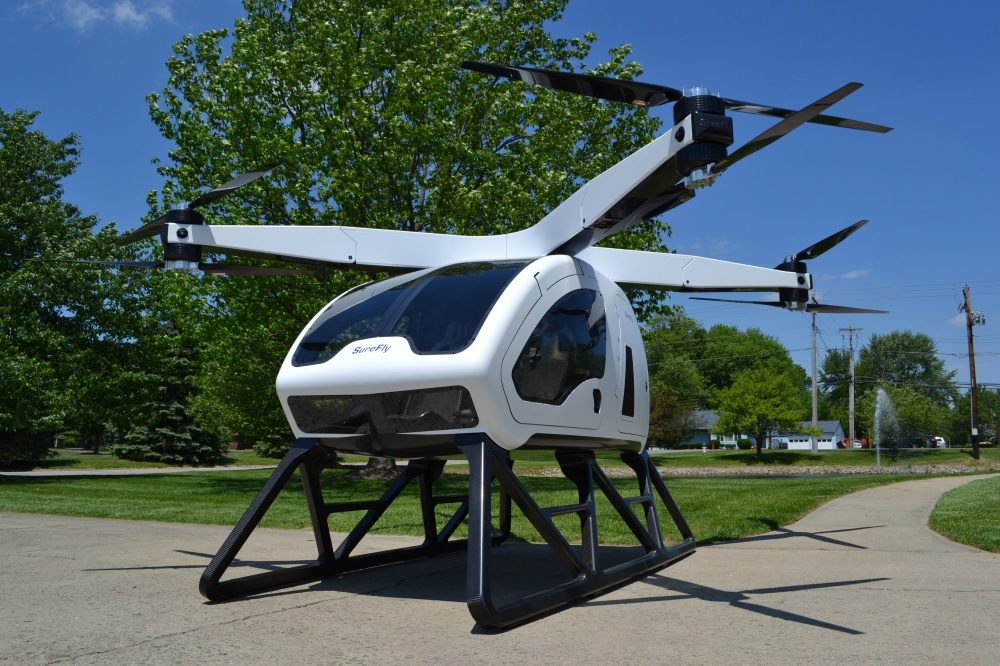 A hybrid-powered ‘helicopter as a car’ will be unveiled at this month’s Paris Air Show (from 19-25 June). It’s called the SureFly and can carry two people.

The helicopter is being developed by a US company called Workhorse, which has several electric vehicle projects on the go.

Workhorse says the SureFly is a personal helicopter/VTOL aircraft designed for safe and easy flight. It has eight independent motors each driving a single carbon fibre propeller, a back-up battery power system, and a ballistic parachute to land safely in the event of emergency. 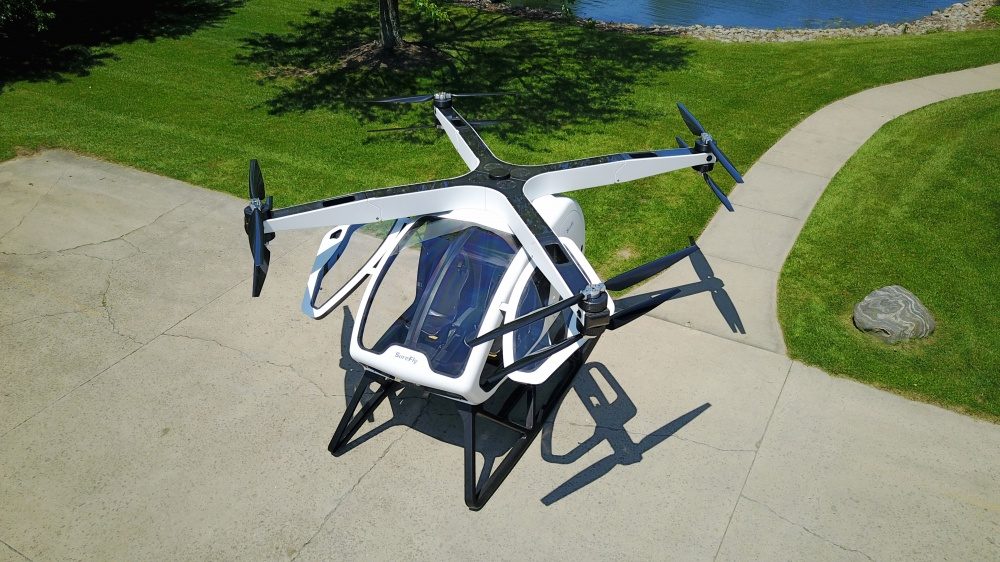 “This hybrid aircraft is designed for a short hop application with an estimated 70 mile range. In addition the SureFly packs an on-board fully redundant back-up battery system. The four carbon fibre arms fold down providing a small footprint to store inside a standard garage.”