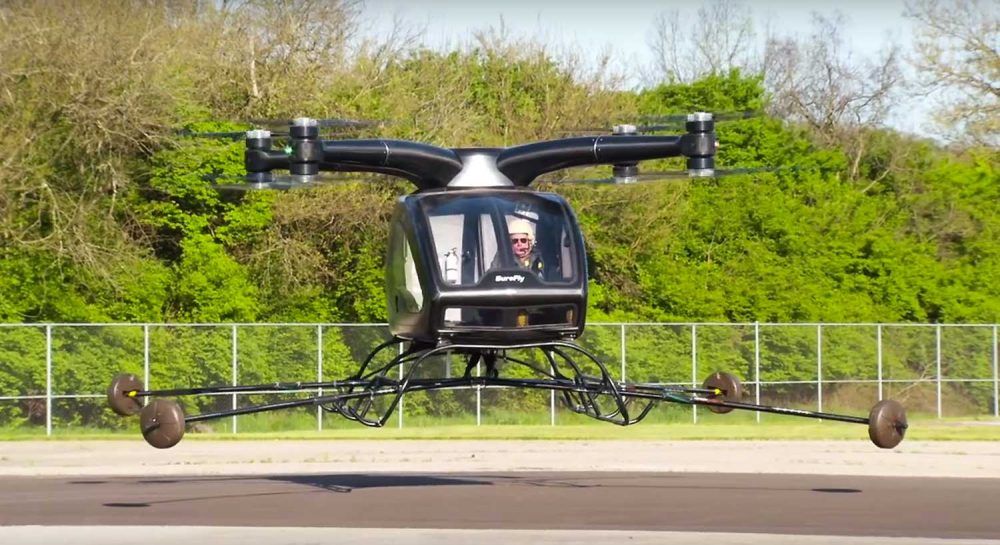 +VIDEO The Workhorse SureFly eight rotor personal helicopter has made its first flight.

The SureFly has eight props, two on each of four arms. All are driven by individual electric motors. It has a petrol piston engine which drives two generators for the electrical power, plus two 7.5kWh lithium battery packs for an emergency landing should the generator fail.

It is a piloted helicopter/drone, rather than autonomous like some other projects such as Volocopter, and is designed to carry a pilot and one passenger, or pilot and cargo. Empty weight is 1100lb, max takoff weight 1500lb.

Workhorse, which makes trucks and a drone delivery system, says SurefLy has a top speed of 70mph, a ceiling of 4000ft and one hour of flight time available per tank of petrol. 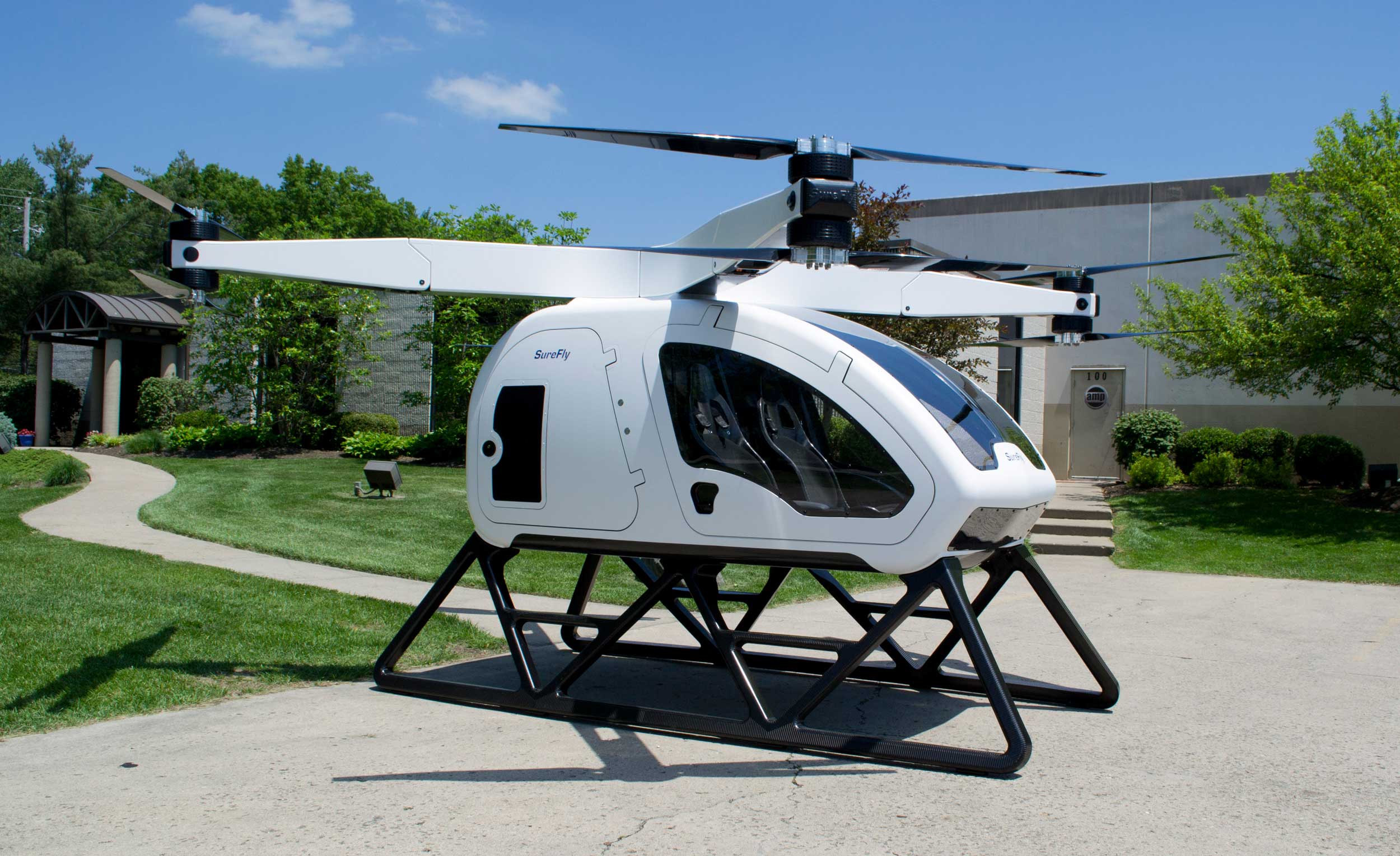 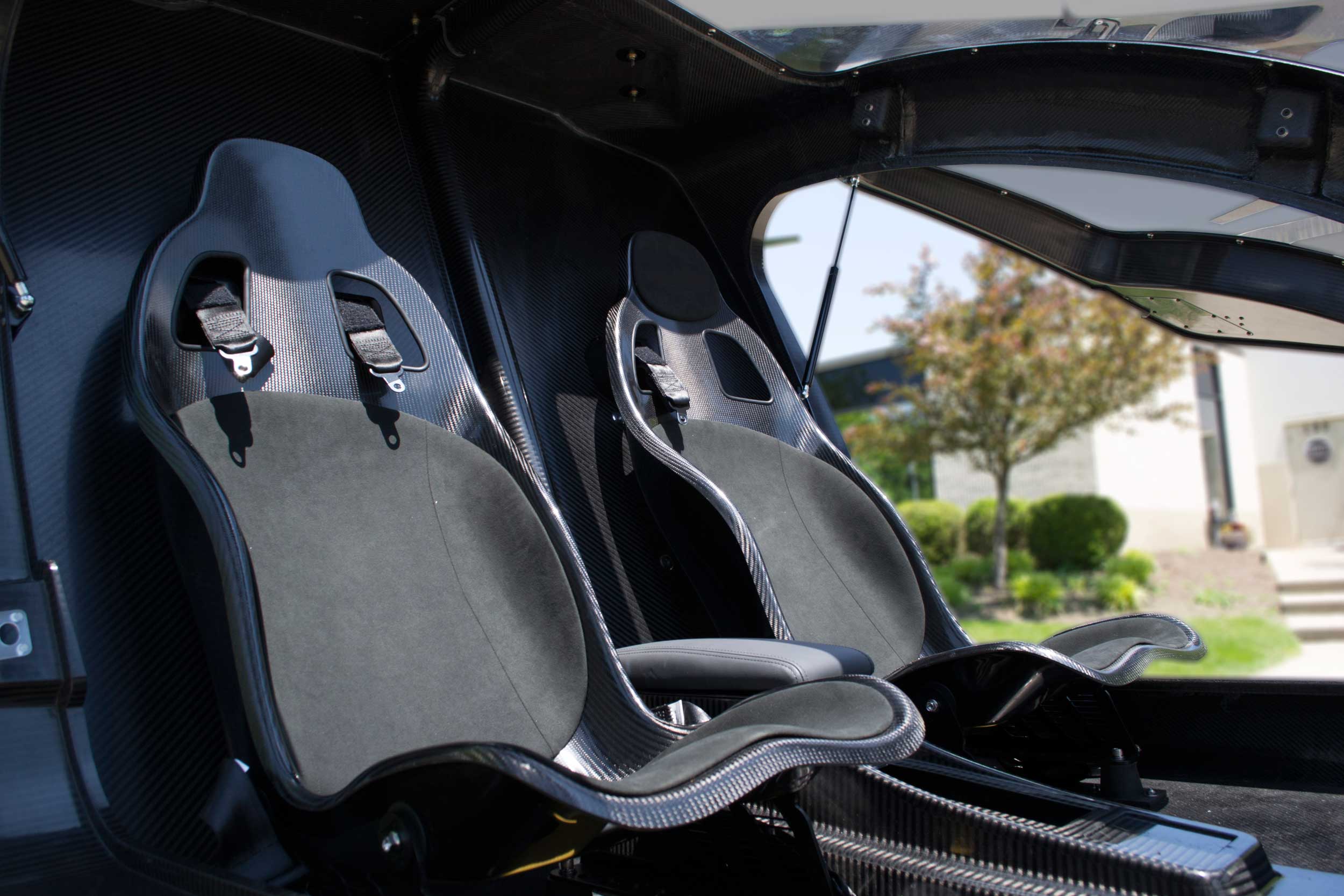 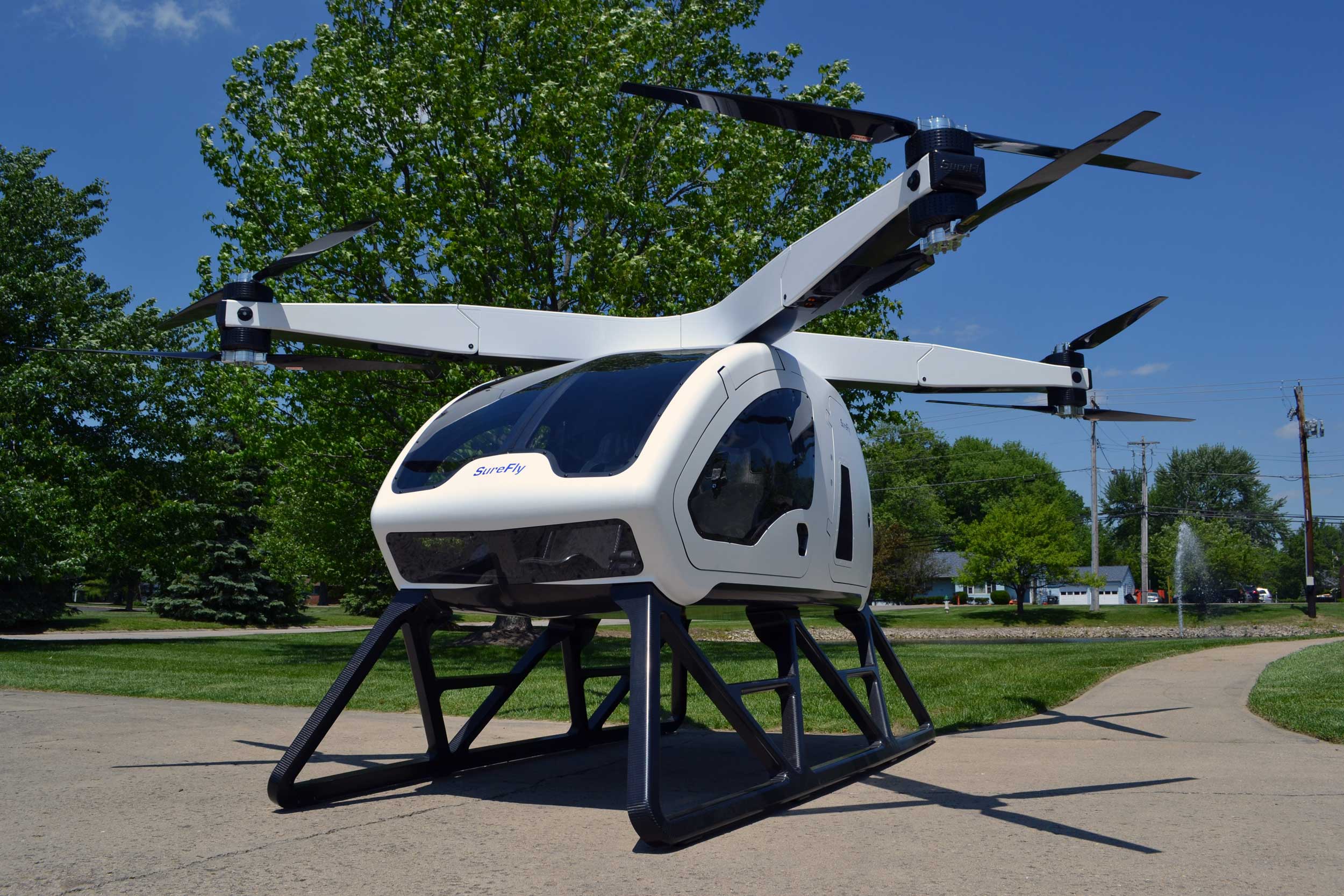 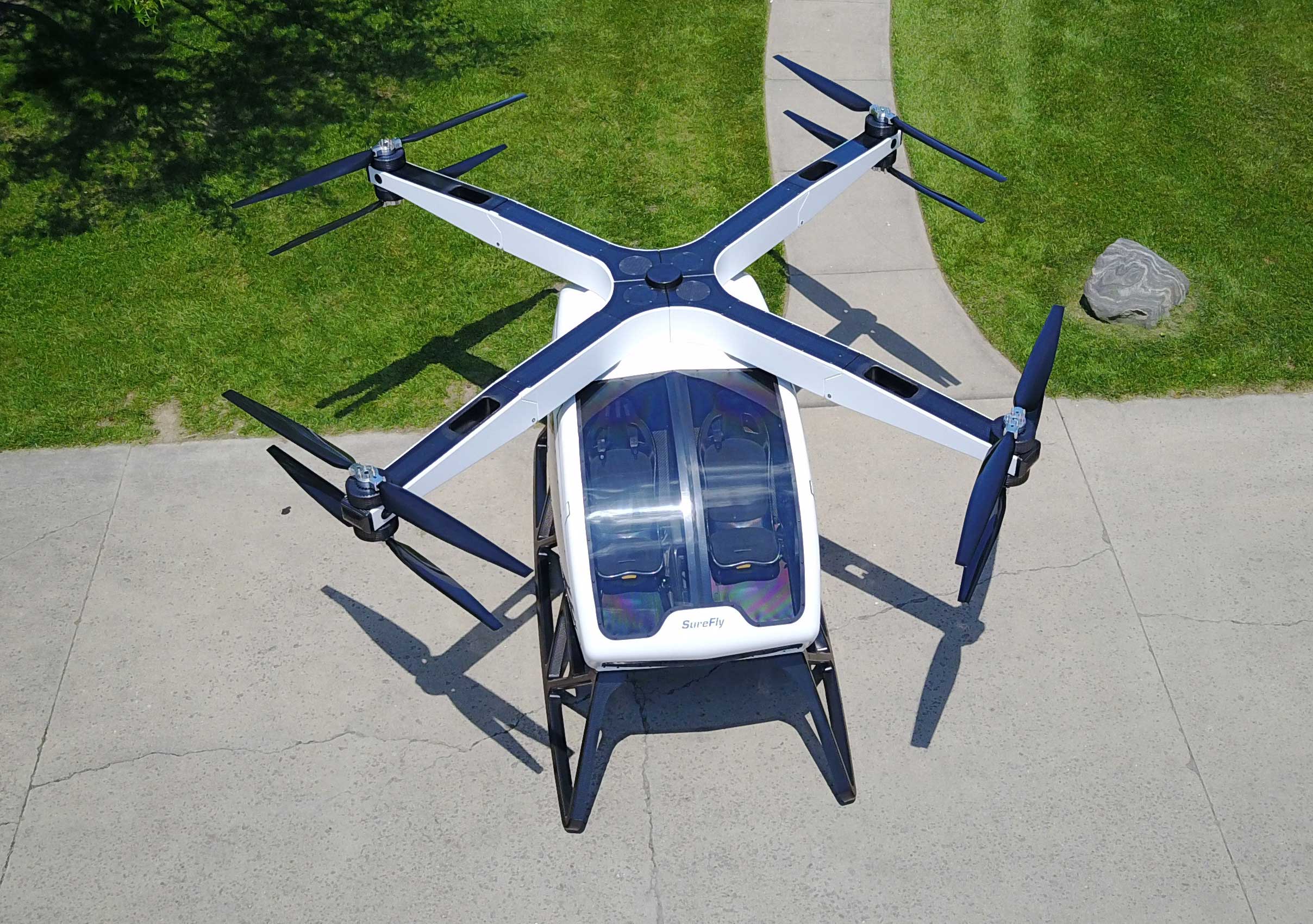 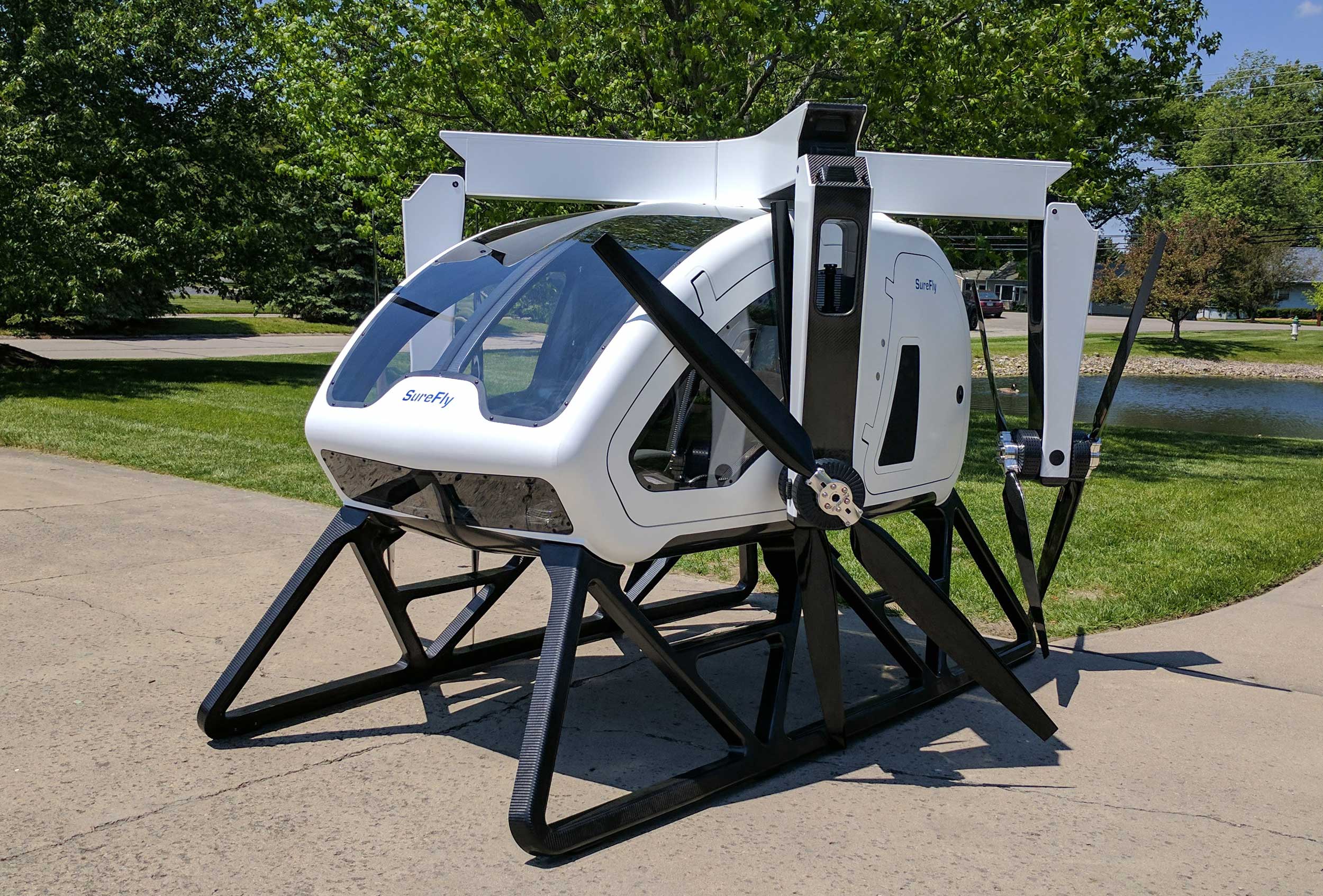 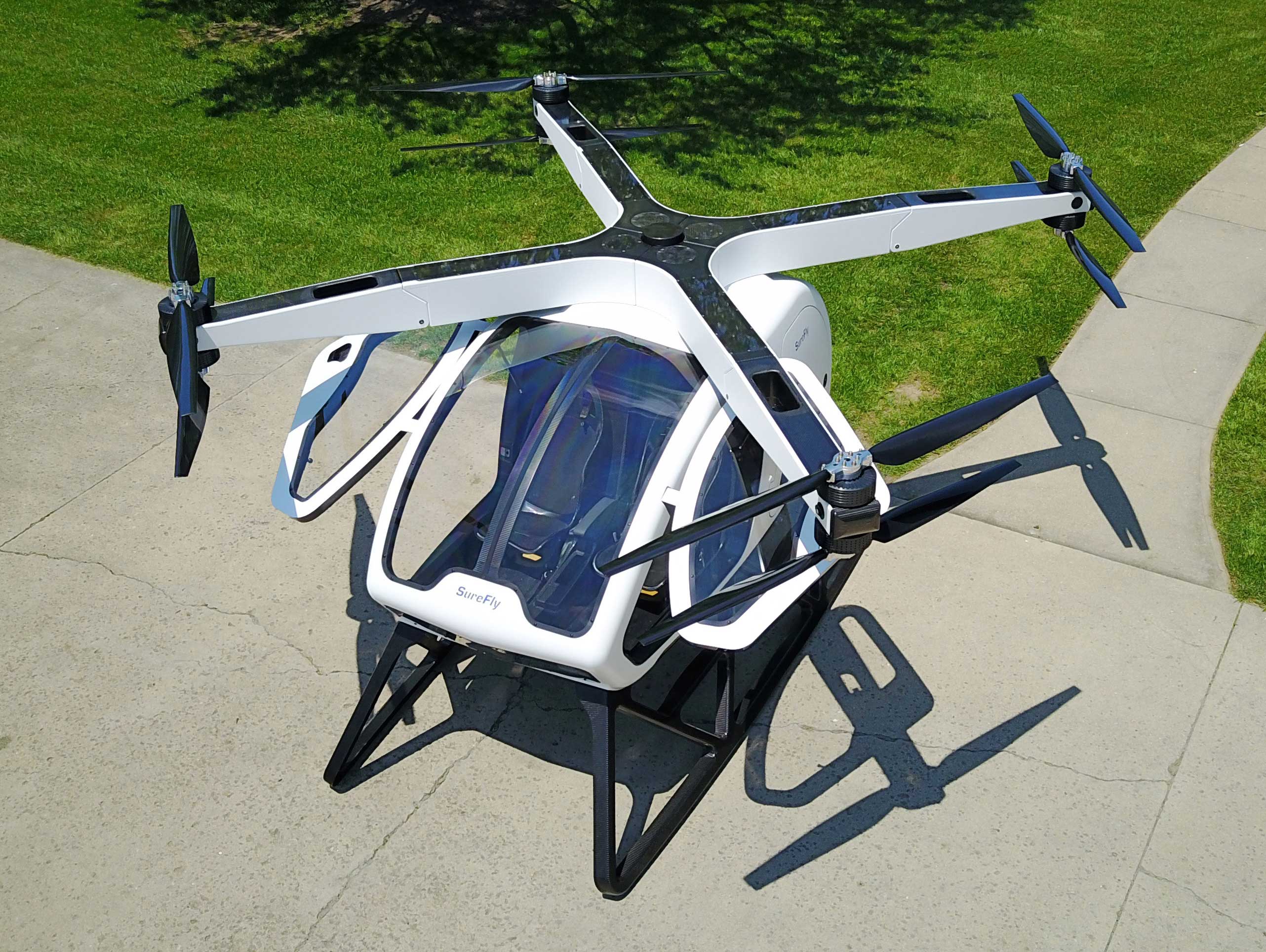