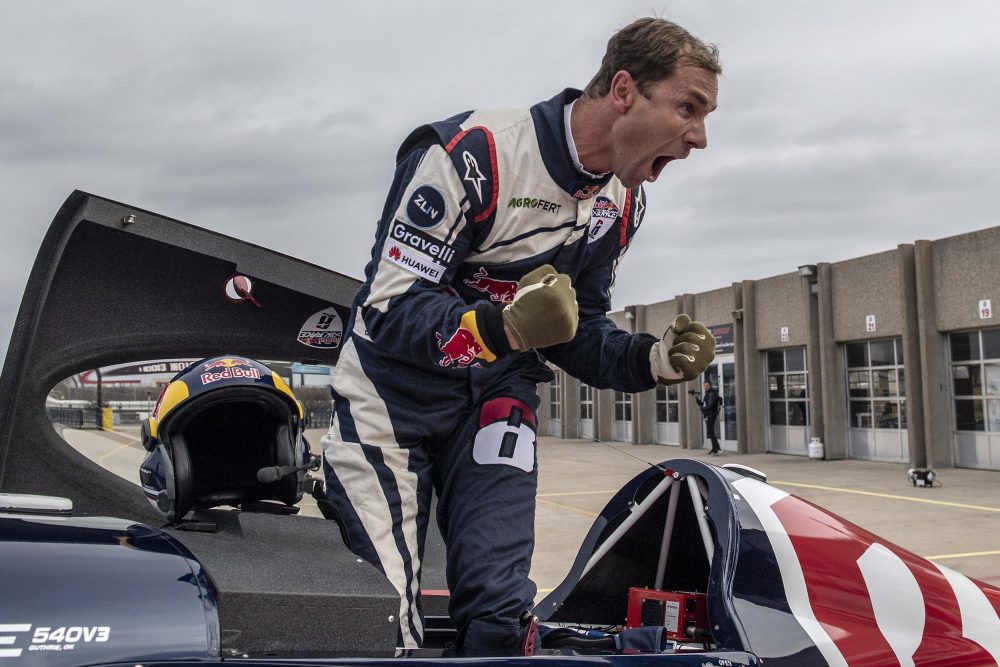 Czech pilot Martin Sonka won the final round of the 2018 Red Bull Air Race World Championship – and with it took his first title – at the Texas Motor Speedway in Forth Worth, USA at the weekend.

“It’s my biggest sporting achievement,” said Sonka after the race.

“Unfortunately, the only thing that I missed was having Mikey [Goulian] in the Final 4 as well, but it was a beautiful race and I think everyone, especially the Czech spectators, enjoyed it.

“For the last flight I managed to have a clear head. I heard that Matt [Hall] flew a super time, and I knew I had to push harder and definitely not do a penalty or mistake, and I managed. I cannot be happier.”

Britain’s Ben Murphy came fourth in the race, marking the best-ever season for a rookie pilot in the Red Bull championship.

“When I think back to that first race in Abu Dhabi, I don’t believe we could’ve thought that we could achieve this much in such a short space of time.

“I’m ecstatic, not just for me, but for the whole team as well. It was a really difficult race, because we just couldn’t dial it in during Free Practice and Quali. And when I came to the Race Airport today, I didn’t expect to be in the Final Four. But what a way to go into 2019.”