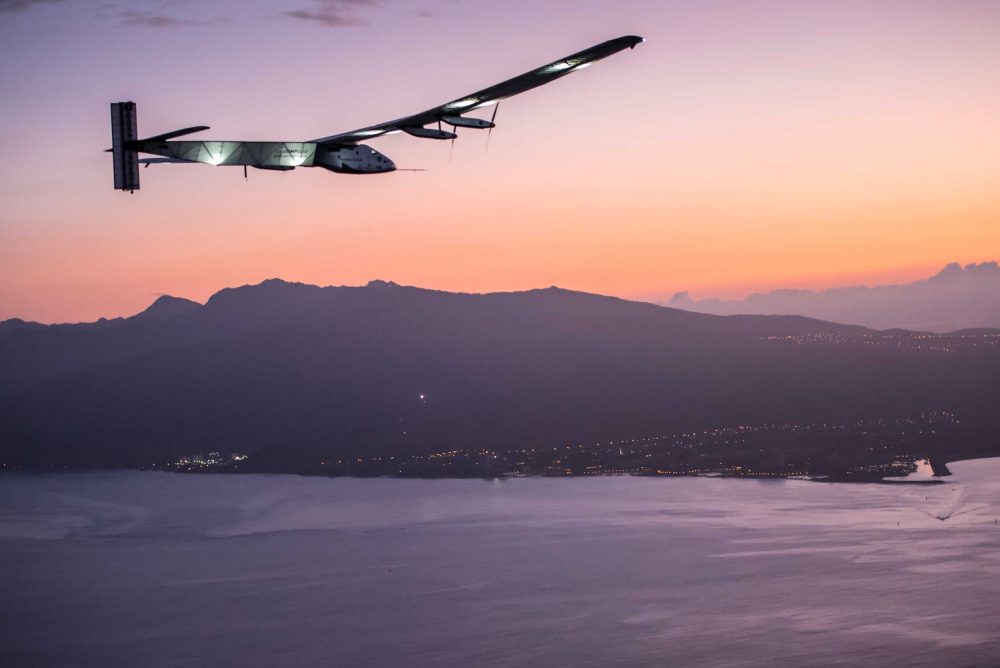 The sun-powered Solar Impulse 2 (Si2) aircraft is expected to restart its round-the-world flight later this week after spending the winter in Hawaii.

The aircraft, with a wingspan greater than a 747 and powered by four electric motors, has been undergoing maintenance and repairs to its battery system. The batteries overheated during the last flight across the Pacific from Japan to Hawaii and a new battery cooling system has been installed.

Two test flights of the repaired aircraft have taken place. The first checked the battery and cooling system. The second ensured the aircraft’s systems work under high altitude conditions – up to 28,000 feet, a high altitude flight for Solar Impulse.

“We were very pleased with the aircraft’s performance,” said the Solar Impulse team. “The solar generators are switched on during the day to allow the batteries to store enough energy in order to prepare for the night. During the day, the aircraft climbs to a high altitude while the batteries charge to 100% so that during the night, the aircraft can cruise downwards, moving in the direction of its destination, without switching on the solar generators, and therefore saving energy.”

During the flight, engineers at the Mission Control Center in Monaco performed maintenance checks on their area of expertise on the aircraft, such as the oxygen system which activates above 12,000 feet.

The engineers decided to reproduce a similar strain on the batteries as occurred during the Pacific flight to verify the new ventilation system. The results were positive – the batteries did not overheat and the test pilot, Markus, was able to regulate the temperature of the batteries easily and accurately.

When Si2 departs Hawaii, it will head for Phoenix, Arizona, then cross the USA to New York. From there it will fly across the North Atlantic to southern Europe or north Africa, and then onto the finishing point at Abu Dhabi. The pilots, Bertrand Piccard and André Borschberg, take turns in flying each leg.