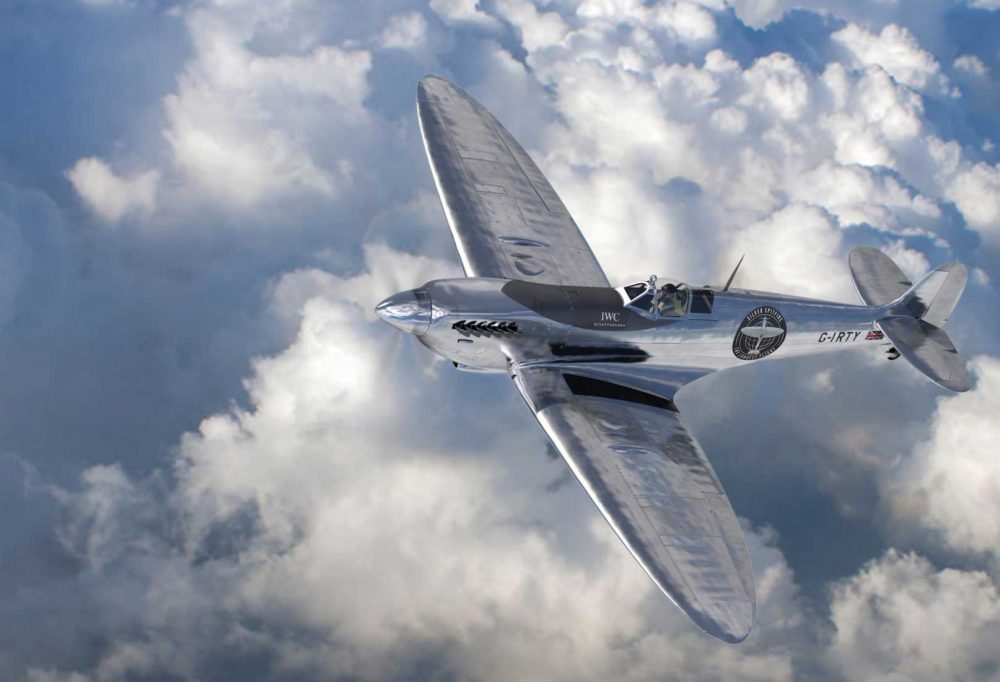 The Silver Spitfire expedition has taken off from Goodwood Aerodrome for its round-the-world flight.

The flight is intended to take four months and can be followed on a live flight tracker here. Two pilots will take turns flying the aircraft, Matt Jones and Steve Brooks, of the Boultbee Academy.

The 1943 Mk.IX Spitfire is finished in polished aluminium and has the guns and camouflage paint removed to ‘de-militarise’ the aircraft, both to broaden the expedition’s appeal and reach, and to gain easier access to nations en route.

A Pilatus PC-12 single-engine turboprop is the support aircraft, carrying one of the Spitfire pilots, a chief engineer, expedition director and TV crew.

The route takes the Spitfire, a genuine warbird which saw plenty of action during WW11, along this route: