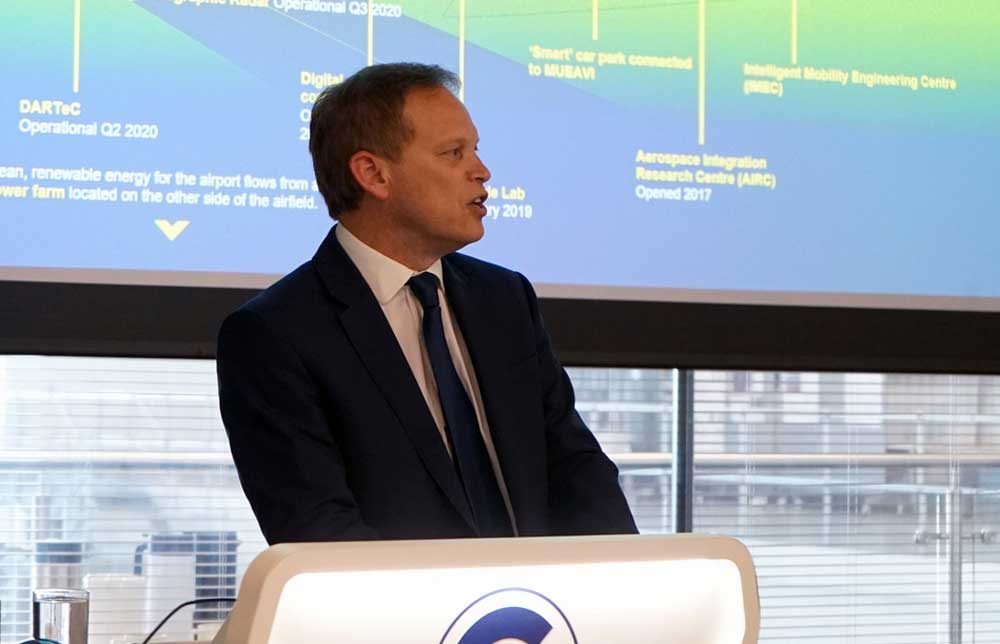 A new General Aviation team created at the Department for Transport has grown to approximately 25 people from ‘one and a half’ in less than three months and is concentrating on ‘quick wins’.

The team has been pulled together by the new Secretary of State for Transport (and pilot), the Rt Hon Grant Shapps, with a hotlist of actions to support and build General Aviation and aviation skills in the UK.

Top of the priority list are airfields with action proposed on several fronts. They include:

The DfT is looking to support airfields to operate better during winter, improve traffic management systems using technology similar to that used in recent ADS-B trials, and radio and training facilities.

“Airfields are a precious national asset,” said Mr Shapps at a meeting in the House of Commons with GA associations last week, which FLYER also attended.

“It is important that we do not endanger our strategic network and ensure that support is in place to welcome the next generation to the aviation industry.”

Airspace reform is also high on the list with Mr Shapps saying, “It’s a system that is not fit for 21st century aviation use.”

Change has already started with an Air Traffic Management and Unmanned Aircraft Bill having its first reading in Parliament last week.

“Overall, the aim is to modernise airspace, to help make journeys quicker, quieter and cleaner, while delivering more capacity, within existing airspace.

“This will allow the release of controlled airspace where it is no longer needed and ensure technology can be utilised to allow all users to maximise their use of airspace,” said Mr Shapps.

He cited the Lord Kirkhope inquiry into airspace reform carried out by the All-Party Parliamentary Group on General Aviation. “We are looking carefully at the recommendations [in the inquiry’s report]. Airspace has to work for all types of aviation.”

Among the other initiatives being pursued:

Mr Shapps ended by warning that to gain ‘public permission’ to develop GA, it will need to lead on green issues. He also confirmed the Government’s desire to seek close cooperative arrangements between the CAA and EASA.