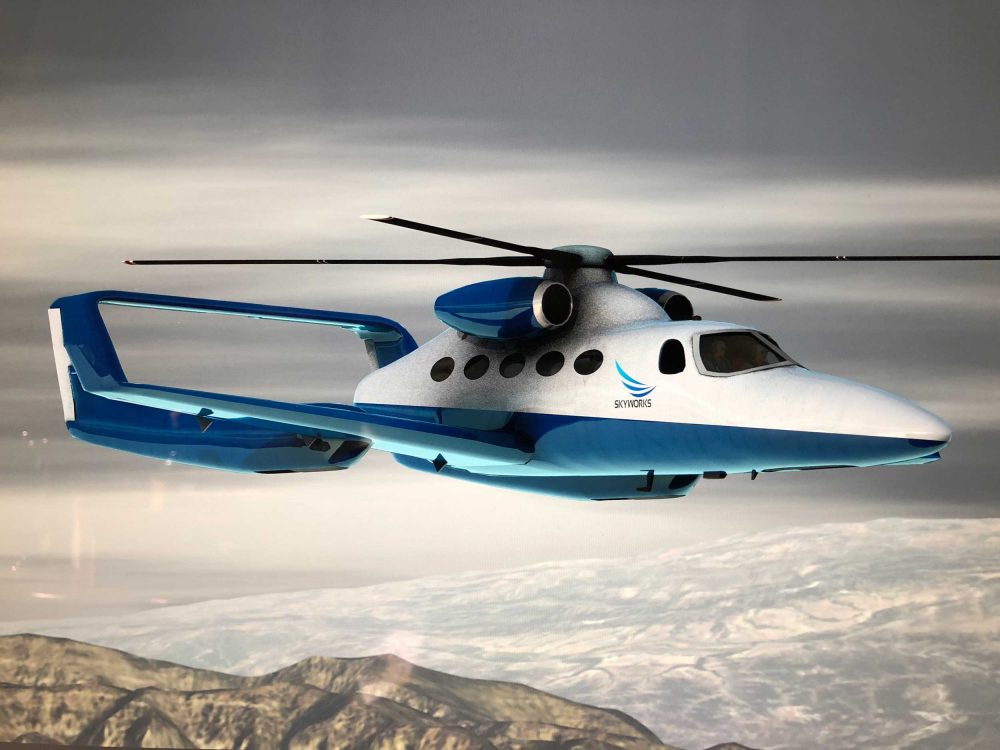 Burt Rutan’s Scaled Composites company is to develop and build a prototype of the Skyworks VertiJet.

The VertiJet is said to have the vertical takeoff and landing and hover abilities of a helicopter, the speed (400mph) and range (1000nm) of a fixed wing aircraft and the safety of a gyroplane.

Scaled Composites have worked on many new aircraft projects including Virgin Galactic’s space ships. The Mojave-desert based company is now part of Northrop Grumman.

The size of the prototype is not yet fixed, but Skyworks and Scaled are considering a demonstrator that ranges from a light aircraft for four passengers to a utility aircraft that can carry 8-12 passengers.

“An aircraft that can take-off and land vertically, hover when needed, and cruise with the speed, range, and efficiency of a fixed wing aircraft would be quite compelling.

“But even more exciting from my perspective is the potential to provide this unique performance without the complexity or cost of today’s military and civil rotorcraft.”

Skyworks says it has more than 40 patents with several more underway, to radically change not only the way gyroplanes are perceived, but also the way they are utilized.