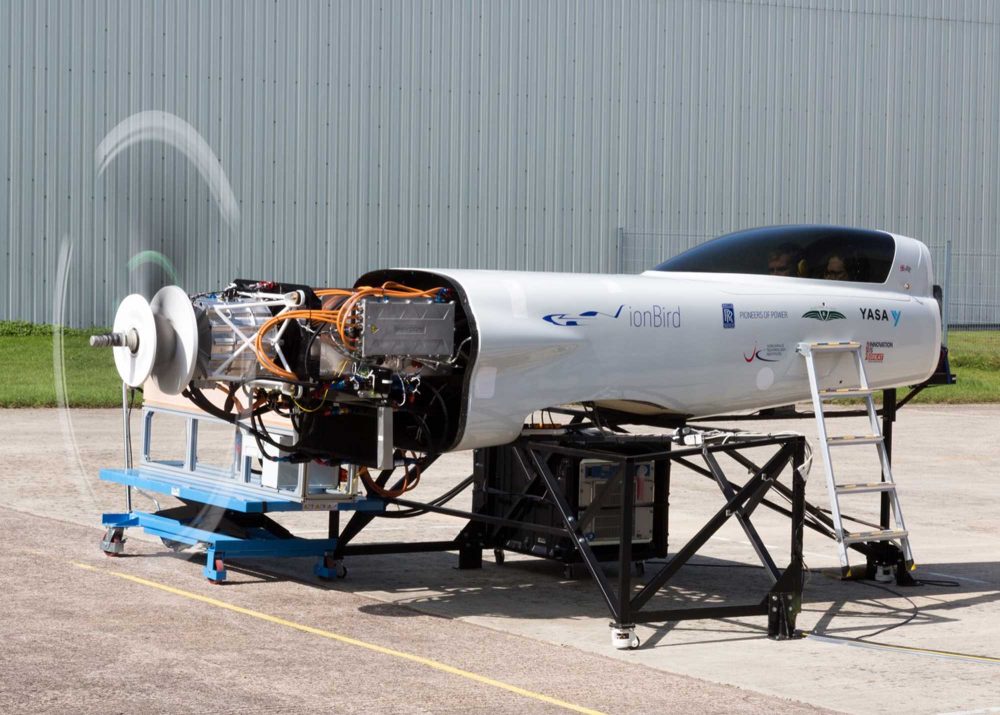 +VIDEO Rolls-Royce has completed ground tests of the electric propulsion system that will power its ACCEL aircraft, which will attempt to set world speed records next year.

All the technology has been tested on a full-scale replica of the aeroplane’s core, called an ‘ionBird’, including a 500hp electric powertrain powerful enough to set world speed records and a battery with enough energy to supply 250 homes, said Rolls-Royce.

The first flight is planned for later this year, 2020. The team is aiming to beat the current all-electric flight world record with a bid early next year.

The aircraft is part of a Rolls-Royce initiative called ACCEL, short for ‘Accelerating the Electrification of Flight’, working with YASA, the electric motor and controller manufacturer, and aviation startup Electroflight.

The propulsion tests were in a special ground rig, often used in aviation and known as ‘Iron Birds’. Rolls-Royce has named its rig, ‘IonBird’ because of its electric motor.

The tests included running the propeller up to full speed (approximately 2,400rpm) using the most power-dense battery pack ever assembled for aircraft propulsion.

When at full power during flight tests, Rolls-Royce says it will propel the aircraft to more than 300mph setting a new world speed record for electric flight. More than 6,000 cells are packaged in the battery for maximum safety, minimum weight and full thermal protection.

Rob Watson, Director, Rolls-Royce Electrical, said, “Rolls-Royce is committed to playing a leading role in reaching net zero carbon by 2050. The completion of ground-testing for the ACCEL project is a great achievement for the team and is another important step towards a world record attempt.”

British watchmaker Bremont has helped design the aircraft’s cockpit which will feature a stopwatch, and the company has also machined canopy release parts.

Half of the project’s funding is provided by the Aerospace Technology Institute (ATI), in partnership with the Department for Business, Energy & Industrial Strategy and Innovate UK.