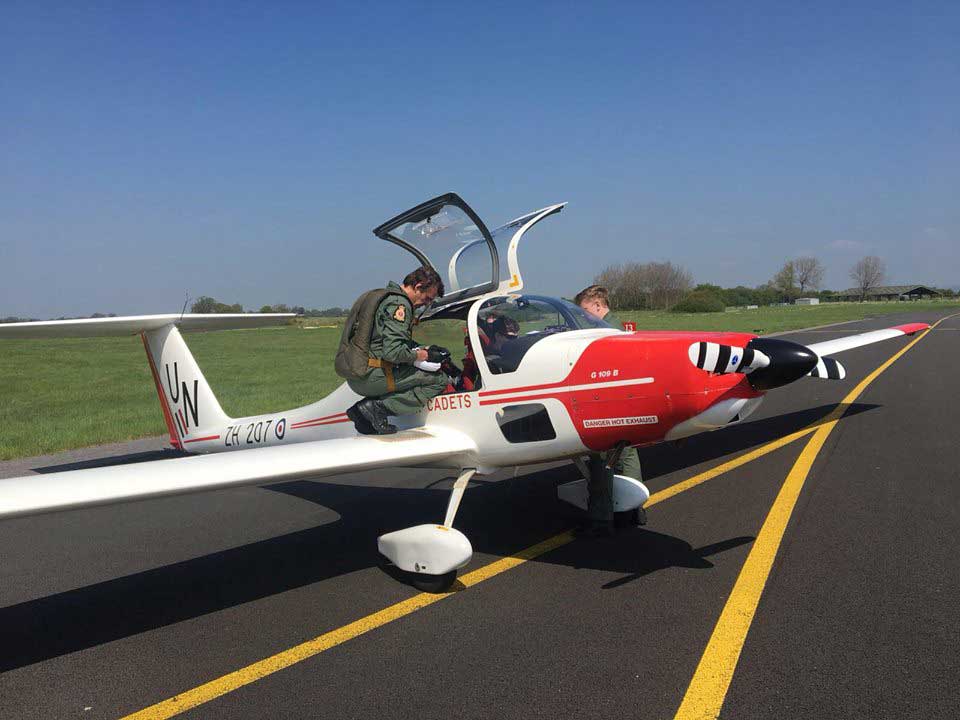 The RAF’s fleet of Vigilant T1 motor-gliders is likely to be scrapped following the grounding of all the aircraft in May.

The Vigilants, manufactured by German company Grob Aircraft, have been flown for almost 30 years but were grounded after concerns of their safety.

A report by British engineering company QinitiQ suggests that many of the training flights were logged as one flight when in fact there were multiple flights, meaning the aircraft’s fatigue life was unknown in some cases. Other problems have also been identified making a repair or renovation plan fraught with difficulties.

The Vigilant has trained thousands of pilots since it was introduced to the RAF in 1991, with many air cadets and instructors using the experience as a stepping stone to a career in aviation.

Flight Lieutenant Aaron O’Roarty, 645 Volunteer Gliding Service, said, “We always knew the Vigilant was nearing the end of her service but we expected this would not be as soon as it has been.

“There will be many a tear shed following her retirement and it’s an aircraft you had a passion and love for.”