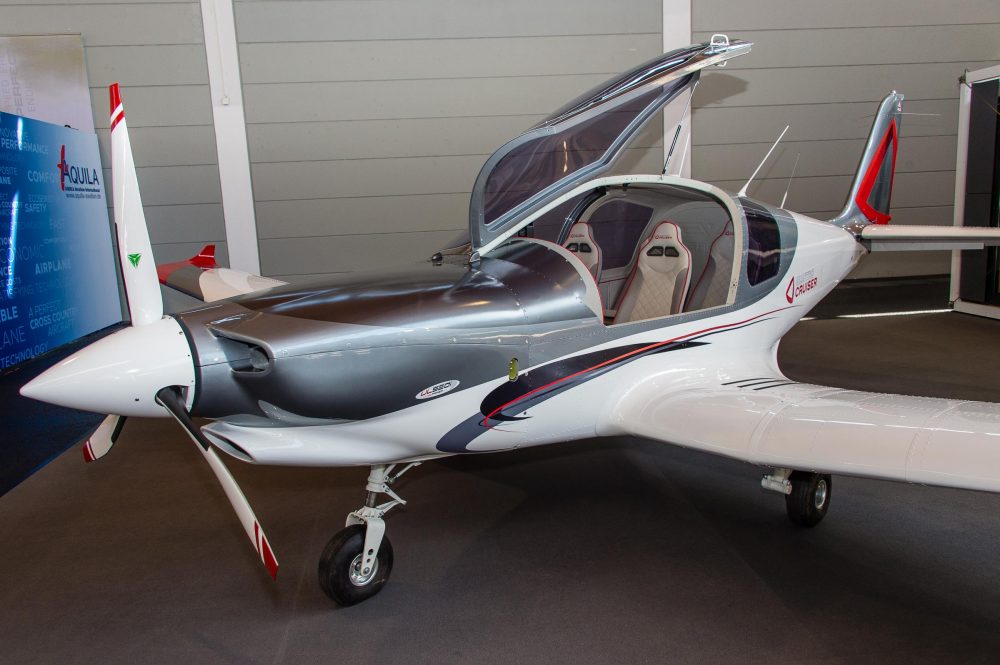 The aircraft on show had a UL Power 520iS engine installed, producing 200hp, but Czech Sport Aircraft is also proposing to offer it with a 350hp Lycoming TEO-540.

The company’s plan is to release it in the US as an Experimental (Permit) aircraft at first, before going for FAA Part 23 and then EASA CS-23 type certification under the new, simpler regs.  It’s part of a strategy by Czech Sport Aircraft to offer a complete range of aircraft that will eventually expand to a twin engine aircraft as well.

A company spokesman said the price would be “nothing like Cirrus”, with a target of around $400,000.