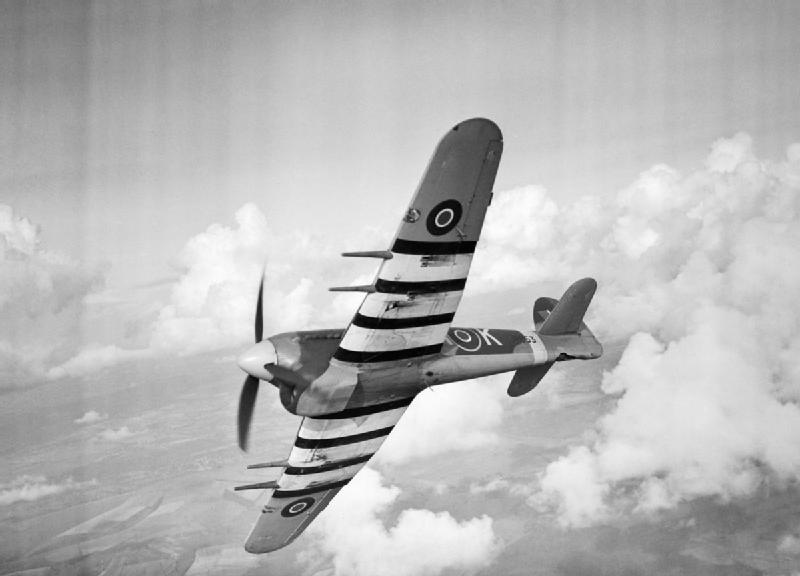 These days the name ‘Typhoon’ is associated with the Eurofighter but the Hawker Typhoon of WW2 was a successful ground-attack fighter that played an important role in the lead up to D-Day and the Allied invasion of Europe. Now a project to bring a crashed Typhoon back to flying condition is underway.

After a more than 16 years accumulating information and parts, Project Typhoon is planning to start the build this year. It will be based on the remains of RB396 which crashed in Holland after being hit by flak in April 1945.

Dave Robinson started researching RB386 back in 1999, uncovering parts and then in 2012, he bought a stash of original technical drawings. “This proved to be a crossroads for the project,” said Dave. “Up to this point it was a hobby and no significant financial investment had been made. In 2012, the decision was taken to make the heaviest investment to date and purchase them all. In total there were 11,500 drawings, of which 2,500 were Typhoon, many detailing the main spars, cockpit and other areas of the airframe.”

A year later, the fuselage of RB396 was offered by a Dutch museum where it had been kept and the project really took off. About the same time, Sam Worthington-Leese, a Harvard pilot and instructor at Goodwood Aero Club and Ultimate High, got involved. Sam was researching his grandfather’s history as a Typhoon pilot in WW2 and discovered he had made a forced landing in Holland. Sam made contact with a Dutch engineer who had visited the site and had some cockpit parts, which the project team are planning to use.

“The plan for 2016 is to actually begin the build,” Sam told FLYER. “We have several people working on CAD drawings of the spars and key elements. Fund raising is a key issue and will be what either allows us to hit our (rather hopeful) target of seeing the aircraft participate in the D-Day 75th commemorations which are now being planned for 2019.”

Official launch of Project Typhoon – ‘it will fly’