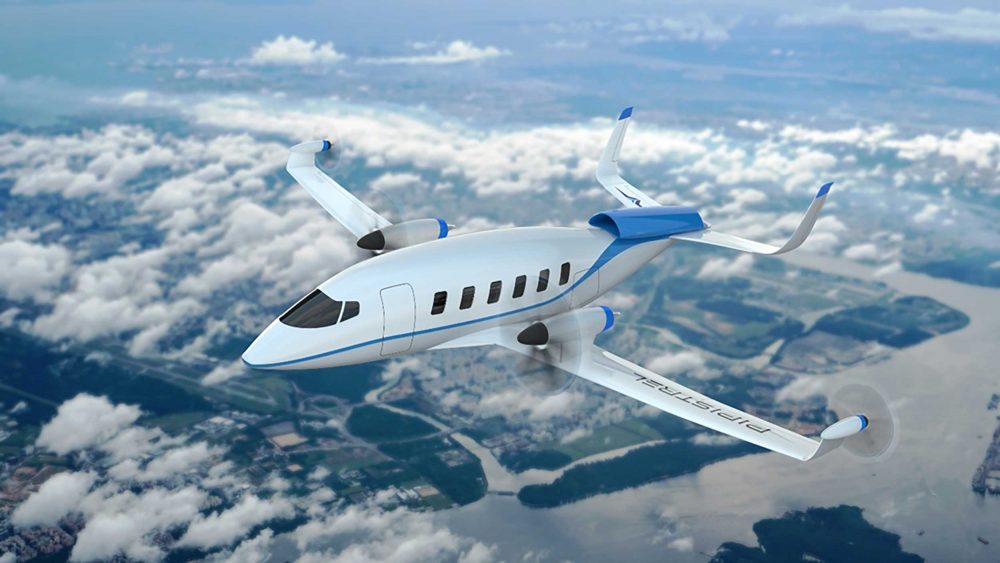 Pipistrel has announced a concept design for a new 20-seat, zero-emission airliner, which it calls the Miniliner.

“The Miniliner is a new kind of zero-emission airplane in the 20-seat size class, capable of operating quietly from runways shorter than 1km, including grass airstrips at small aerodromes.

“These aeroplanes have therefore the potential to disrupt aerial mobility, connecting currently unserved populations at 200 to 1,000 km range, but also catering for microfeeder services from small airports to large hubs.”

While Pipistrel isn’t saying exactly what the propulsion will be, the company suggests a hydrogen-based system.

“Pipistrel’s Miniliners allow for a Direct Operating Cost (DOC) reduction of 30 to 40% on a per-seat metric relative to today’s solutions, even with the introduction of new zero-emission propulsion, real-time emissions monitoring and advanced flight control automation technologies. “The latter will, at the same time, facilitate single-pilot operations.”

Pipistrel is aim for Entry into Service of 2028-2030, saying that the proposed concept doesn’t require large infrastructure investment.

Clearly, Pipistrel enjoys working with other organisations who share its vision.

“With airports becoming zero-emission multimodal nodes, as directed by EC Sustainable and Smart Mobility Strategy, hydrogen powered zero-emission miniliners are every day closer to reality and will springboard the developments to bring Clean Aviation closer to communities.”