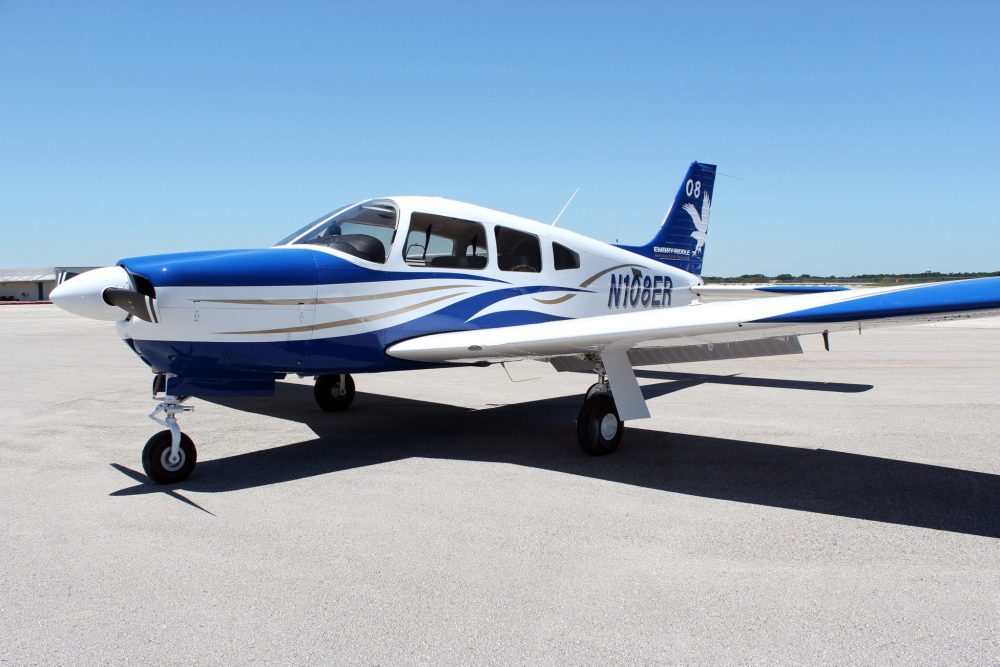 Flying school aircraft have a harder life than private aircraft with hard landings and overspeeds just two of the potential hazards.

That’s one of the conclusions of the final report by the US National Transportation Safety Board (NTSB) into an accident where the left wing fell off a Piper PA-28R Arrow during a flying lesson at Embry-Riddle aeronautical university in Florida.

The student and examiner were flying at Daytona Beach International Airport in April 2018. They had just made a touch and go landing, and climbed to about 900ft when the wing detached. They had no chance of recovery and were both killed in the ensuing crash.

The NTSB’s report is clear what happened:

“Metallurgical examination of the accident airplane’s left-wing main spar lower cap found that it exhibited fracture features consistent with fatigue through more than 90% of the cross-section, reducing its residual strength capabilities almost completely.

“A small fatigue crack was also identified in the accident airplane’s right-wing main spar lower cap; however, that crack had not progressed to the point of failure.

“The accident airplane was manufactured about 10 years before the accident and had been used solely for flight instructor and commercial pilot training by the flight school operator.

“The airplane had accumulated 7,690.6 hours and 33,276 landing cycles before the accident flight, which equates to 4.33 landing cycles per hour of flight time.

“According to operator personnel, the commercial flight lesson times averaged 1.4 to 1.8 hours; most of that time the airplane was being operated in the airport traffic pattern, performing takeoffs, landings, and power-off 180º maneuvers.

“While in the airport traffic pattern, the airplane operated between 1,000 ft agl and ground level. On longer flights, necessitating the need to operate in the practice area, maneuvering typically took place between 2,500 and 3,000 ft msl before returning to the airport.

“In each case, the events resulted in airframe examinations during which no defects were noted by maintenance personnel. Interviews with flight instructors did not yield any safety of flight issues or critical airframe or loading exceedances caused by pilot operation that would be expected to precipitate cracking.

“Landing impact loads for the accident airplane were likely higher and more frequent than other types of operations. Sink rates for basic instruction use are higher than that of other uses including the pipeline survey use and normal use, and higher sink rates correspond to higher landing impact loads.

“The NTSB concludes that, due to flight training maneuvers, significant operation at low altitudes, and frequent landing cycles, the accident airplane (and its sister airplane in the operator’s fleet) likely experienced landing, gust, and maneuver loads that were more severe than expected for training aircraft when SB 886 was developed.

“Therefore, the low-altitude flight training and frequent landing environment likely resulted in the accident airplane accumulating damaging stress cycles at a faster rate than a personal use airplane.”

How to check for cracks is problematic. The NTSB points out that pilots, instructors nor even technicians would be likely to spot a crack visually inside or outside the aircraft. The only reliable method to detect  fatigue cracking in the wing main spar is a nondestructive inspection procedure, such as a high frequency eddy current bolt hole inspection.