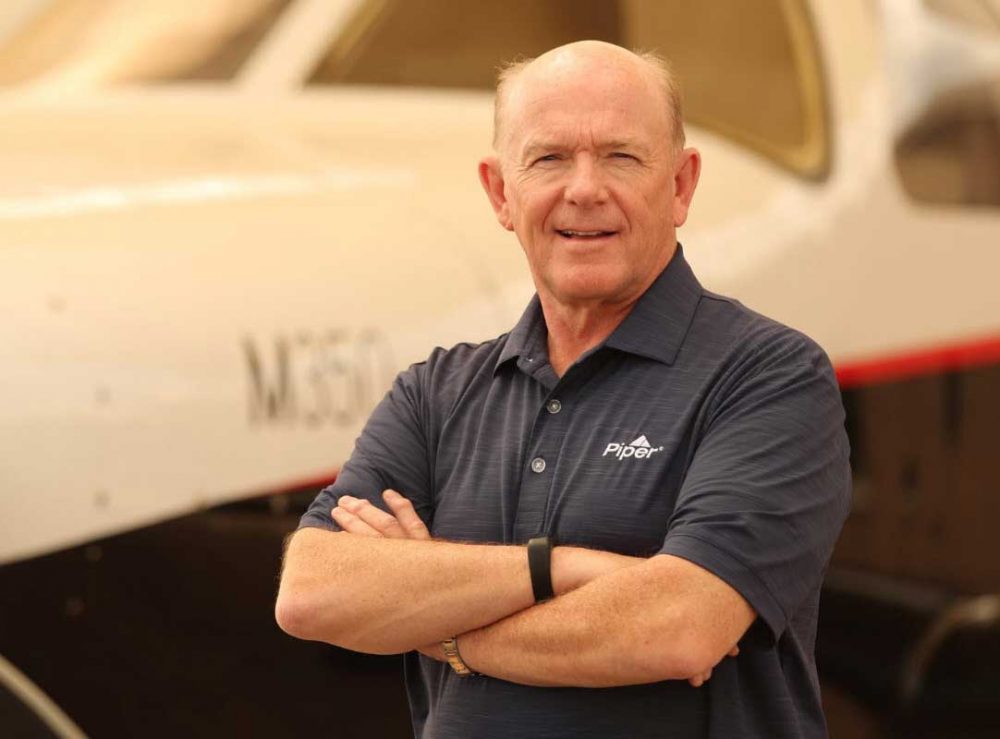 Piper Aircraft has announced that Simon Caldecott will retire in April this year after nearly ten years as the company’s President and CEO and 47 years in the aviation industry.

Mr Caldecott was appointed in 2011 after a tumultuous few years for Piper during which the financial crash of 2008 hit sales and revenues. His vision was to stabilise, improve and grow the business with a specific intent to expand the M-Class product line and revitalise the trainer market.

During Simon’s tenure, the company designed and introduced the newest M-class flagship product, the M600. The latest version, the M600 SLS, was trhe first General Aviation aircraft to be certified with Garmin’s Emergency Autoland technology, known as HALO.

“We strengthened the leadership team with new talent, made major facility improvements to make a safer workplace and strengthened relations with the community as well as with major suppliers.

“I am enormously proud of the dedicated team at Piper and our global independent Dealership network. With everything in place, the Company’s future prospects are extremely encouraging and I look forward to a smooth transition.”

Prior to joining Piper, the British-born and educated Mr Caldecott was Vice President of Assembly Integration and Testing with Raytheon Aircraft and more recently Vice President Assembly Operations with that company’s successor, Hawker Beechcraft. His education includes studies in Aeronautical Engineering in Wales and programmes in Business Management at the London School of Business and the Chicago Graduate School of Business.

Piper Aircraft has been working with the company’s board of directors for several months on a succession plan and will be announcing new leadership soon. The Florida based company is owned by the Ministry of Finance in Brunei.