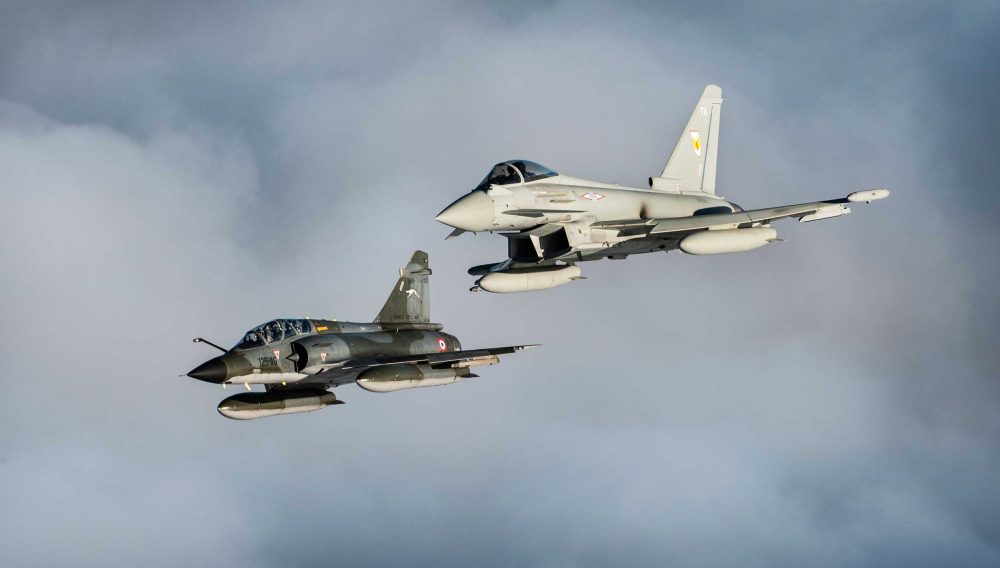 Wargames involving all branches of the military will take place across the UK during April. Two huge exercises will include large formations of fast jets which “may not be able to comply with the Rules of the Air” .

There are two exercises and they overlap!

Exercise Joint Warrior runs from Saturday 9 April to Friday 22 April. It is a multi-national maritime, air and land exercise. Intense aerial activity will take place predominantly in Scotland (including the Western Isles, North West Approaches and the Borders region), North East England (including Spadeadam EWTR) and over the North Sea. Aircraft will engage in high-energy combat manoeuvres and may be unable to comply with the Rules of the Air.

Both exercises will incorporate maritime and land attack operations along with air defence operations involving large formations of fast jet aircraft in tactical packages. Up to 40 aircraft may take part simultaneously, some of which will launch and recover from maritime units (ships).

Check Notam
In other words, check Notam and don’t be somewhere you shouldn’t be! Jamming of radio and GPS signals is also a possibility.

The Combined Joint Expeditionary Force (CJEF) is the result of five years of preparation between the UK and France. ‘Griffin Strike’ will be the first time it has reached full operational capability.

“It [the CJEF] will then be ready to provide the two governments with options to conduct a broad range of military intervention tasks, from humanitarian assistance and disaster relief to high-intensity warfighting,” says the government.

Farewell to the Tornado GR4 from Kirsty Murphy

RAF’s Vigilant motor-gliders to be scrapped