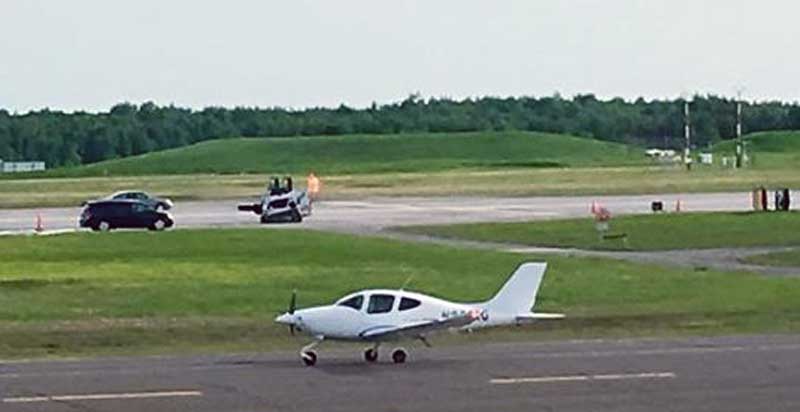 Has a new Cirrus aircraft broken cover?  A Cirrus, unmarked apart from the registration, has been spotted by US enthusiasts at Duluth Airport, Minnesota, HQ of the US manufacturer.

The aircraft has also been tracked on FlightRadar.

The aircraft is on the FAA registry as an ‘EX18’, which suggests it’s an experimental prototype for a new model, perhaps the SR18, with a 180hp engine. The aircraft appears to have a larger empennage (stabiliser, fin and rudder) suggesting it could be used for intentional spinning.

All of this speculation suggests it’s an aircraft aimed at the training market which is going through spectacular growth at the moment. Cirrus Aircraft is owned by a Chinese company, CAIGA. Demand in China and south-east Asia for airline pilots is growing at an unprecedented rate.

Producing a two-seater, or better still, a three-seater, with a 180hp engine for lower fuel burn, capable of intentional spinning for upset recovery training, would give Cirrus a strong contender in the training market, currently dominated by Piper’s PA-28 Warrior and Diamond’s DA40.