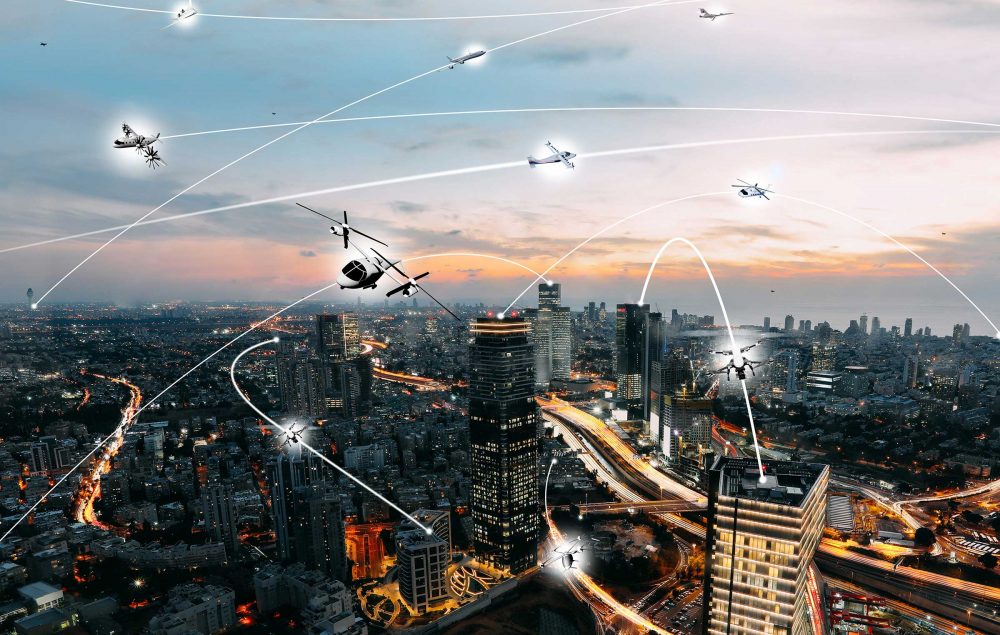 NASA is to work with Uber to explore concepts and technologies for future air transport in cities – Uber’s ‘Elevate’ project.

Uber will share its plans for implementing an urban aviation rideshare network, while NASA will use the latest in airspace management computer modelling and simulation to assess the impacts of small aircraft – from delivery drones to passenger aircraft with vertical take-off and landing capability – in crowded environments.

Jaiwon Shin of NASA said, “Urban air mobility could revolutionize the way people and cargo move in our cities and fundamentally change our lifestyle much like smart phones have.”

NASA wants to ensure that small aircraft – such as those proposed at Uber Elevate – operate safely, with acceptable levels of noise, and without burdening the current national air traffic control system.

Skyports and the search for a third launch city

At the recent Uber Elevate 2 conference, attended by leading aircraft manufacturers as well as industry and government officials, Uber showed some of the designs for Skyports. These are terminals where passengers would get on and off, plus be recharge points for the electric aircraft.

The aircraft would have a range of about 60 miles, according to Uber, so regular recharges or battery swaps, would be necessary.

Dallas and Los Angeles will be the two launch cities for UberAir’s first flights – expected in 2020 – and it’s seeking a third city, outside the US, to join the project. The commercial launch of UberAir is planned for 2023.

Brazilian regional and business jet manufacturer Embraer unveiled its eVTOL air taxi concept at Uber Elevate, joining Airbus, Bell, Boeing, Pipistrel and Mooney. They’re all aiming to have a flying prototype for the launch of the city trials in 2020.

Pipistrel also released details of its project for an eVTOL aircraft, which it plans to build in a joint venture with another Slovenian company, Elan. The new aircraft has “dedicated propulsion systems for both cruising and vertical lift and embraces an aircraft family approach of eVTOL able to carry from 2 to 6 passengers”. It also looks pretty cool!