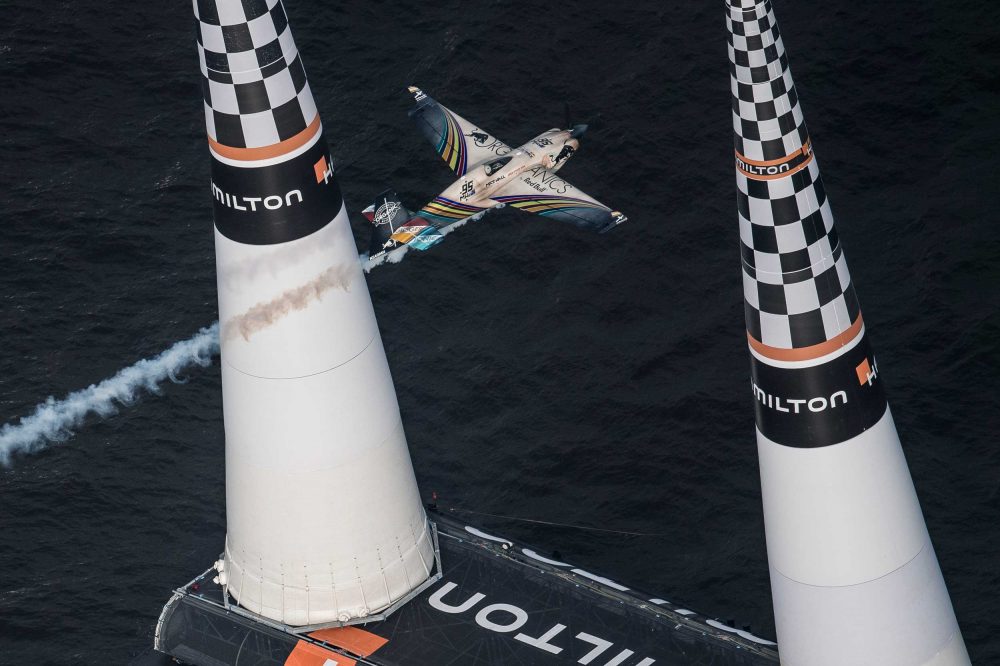 Australian Matt Hall continued his dominance in the 2018 Red Bull Air Race championship with another win at Chiba, Japan at the weekend.

Michael Goulian of the USA claimed his third podium of the year in second, while the Czech Republic’s Martin Sonka got his season back on track with third.

Matt Hall said afterwards, “This one was very hard fought. To have a quali like we did yesterday and to go to bed knowing you have to race the reigning world champion and the guy who has won this race the last two times in a row, who’s also the home crowd favorite, was a tough morning.

“But we are pretty proud of how the team pulled it all together and there wasnt a single error from anybody in the team, because no matter what people see out there, it is a team sport and everyone nailed it. It was really, really cool.”

An estimated 70,000 people packed Makuhari Beach in Chiba to see Yoshihide Muroya race at home for the first time since winning the World Championship in 2017. But Japanese pilot exceeded the maximum allowable G in his opening run, resulting in a Did Not Finish (DNF).

In the Final Four, Goulian, Sonka, Canada’s Pete McLeod and Hall wrestled for the victory. Goulian laid down a time of 56.695, while Sonka and then McLeod both pushed to two-second penalties. Hall’s clean run under pressure nipped the American by just 0.319s.