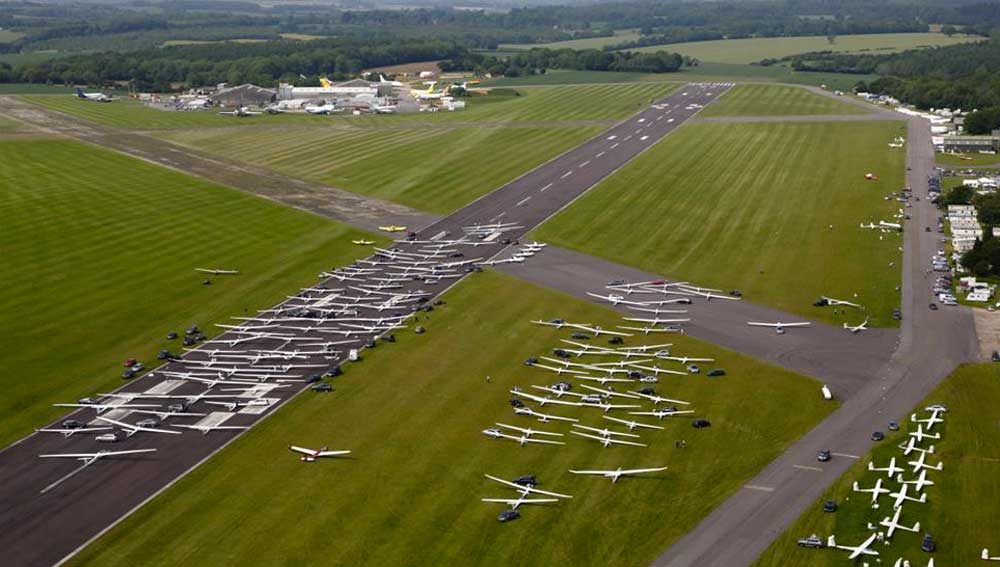 Lasham Gliding Society has applied for a Judicial Review of the CAA decision to approve the TAG Farnborough Airport airspace proposal.

John McCullagh, treasurer of the Lasham Gliding Society, said, “Having received the final documents for its proposed application for a Judicial Review of the CAA decision on the TAG ACP from the Airspace Team on Monday, the [Lasham] Committee of Management met Tuesday morning and approved filing our application with the Court.

“The Airspace Team and our lawyers have completed a herculean task in compiling 183 pages of statements, plus supporting documents, which have been filed with the Court.

“The CoM wishes to thank them on behalf of all our members. The CAA now have 21 days from the date of service of proceedings to acknowledge service.”

Lasham Gliding Society is strongly opposed to the CAA’s decision. It considers that the decision to introduce new controlled airspace has not been justified by the CAA.

“The consequence of the implementation of this large volume of controlled airspace, at the request of a small airfield which has around 28,000 annual (non-public) movements, will be to displace many times more transiting flights and to cause significant congestion of general aviation movements outside the controlled airspace,” said the Society.

“Lasham Gliding Society, the world’s biggest gliding club with around twice the number of annual movements of Farnborough Airport, will be in this bottleneck. This gives rise to obvious safety risks for gliders and other aircraft.”

Donations to the Lasham Gliding Society fund to pay for the review are welcome here.