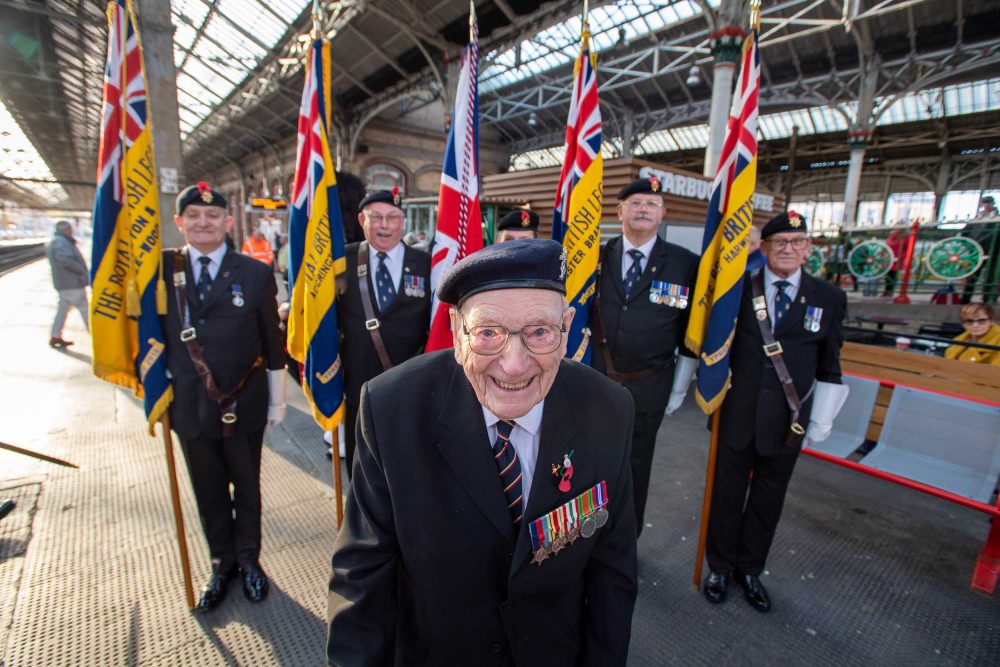 LAA inspector Ernie Horsfall, aged 101 and a WWII veteran, was given a surprise guard of honour by staff of Network Rail and Virgin Trains as he travelled to London for Saturday’s Festival of Remembrance.

Ernie served in the British Army’s Royal Electrical and Mechanical Engineers (REME) from 1940 to 1946. He was involved in the North Africa campaign in which Montgomery’s 8th Army defeated the Afrika Corps, and at the battle of El Alamein.

Terry Cook, a former serviceman and friend of Ernie, said, “Not only do we all owe a great debt of gratitude to Ernest and his colleagues for their service and sacrifice, but he and his colleagues remain a great inspiration to me and a role model for so many of us.

“Ernest and I are incredibly grateful to the wonderful people of Network Rail and Virgin Trains for their heart-warming kindness.  And special thanks too to the Kirkham Grammar School Cadets, the Royal British Legion in Preston and to Bill the Piper for making the send-off so memorable.”

Ernie is still an active inspector for the Light Aircraft Association, and flew until he was 93 – only stopping because he couldn’t get insurance cover.

He’s known as ‘Mr Jodel’ for his extraordinary work with the French aircraft, restoring and renovating many of the current flying fleet.

Shirley Ross, Virgin Trains station manager at Preston, said, “All the team here in Preston, in Euston and along our route are so proud to have Ernie travel with us to the Festival of Remembrance.

“When we heard of Ernie’s trip, we wanted to make it an extra special occasion and worked with his friend, Terry, and Network Rail to give him a memorable journey, and to say thank you for his service at this important time of year.”

Festival of Remembrance on BBC