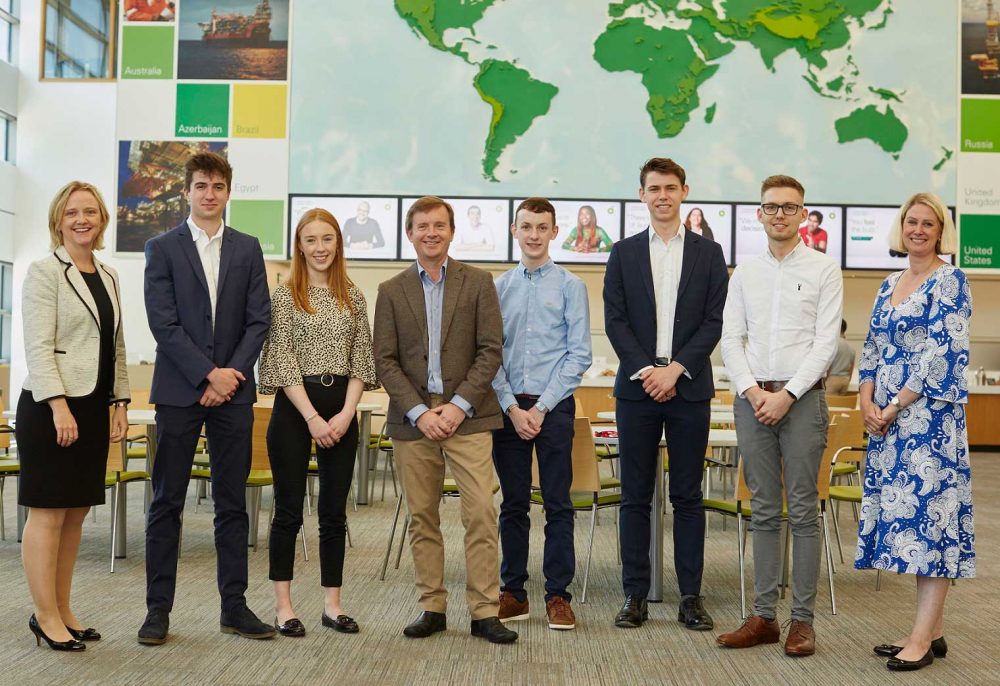 An aviation-mad 18-year-old glider pilot has won the Air BP Sterling Pilot Scholarship, valued at around £10,000.

Air BP, named Kristoff Ahlner from Shenfield in Essex as the latest winner of the award, now in its fifth year.

Kristoff joined The Royal Air Force Air Cadets (Hutton Squadron) aged 13 and simultaneously began gliding at Essex and Suffolk Gliding Club. He has been captivated by flight and keen to become a pilot ever since. He has just completed his flight training at Stapleford Aerodrome in Essex following A Levels and intends to study Aeronautical Engineering at university prior to pursuing a career as a pilot.

Kristoff said, “I am incredibly excited but also very grateful to Air BP for their generosity, without which I simply could not have pursued my dream career to be a pilot.”

Kristoff joined his fellow past scholars at a special event to mark five years of the programme which was held at Air BP’s global headquarters in Sunbury-Upon-Thames, UK.

Past scholar, Zoe Burnett who is currently a First Officer at Flybe, said, “The Air BP scholarship has meant that I am able to achieve my dream of becoming a commercial airline pilot. I am reminded of this each time I see the Air BP truck refuel an aircraft.”

Air BP works with the Honourable Company of Air Pilots (HCAP), formerly known as The Guild of Air Pilots and Air Navigators (GAPAN), to organise the Air BP Sterling Pilot Scholarship because of its excellence in promoting the availability of scholarships to a wide public audience and its history of conducting a rigorous and fair selection process.

Jon Platt, CEO Air BP added, “We are delighted to welcome all five scholars and many congratulations to our latest scholar, Kristoff. We look forward to hearing about your future progress. We are proud of all our scholars and their achievements to date.”