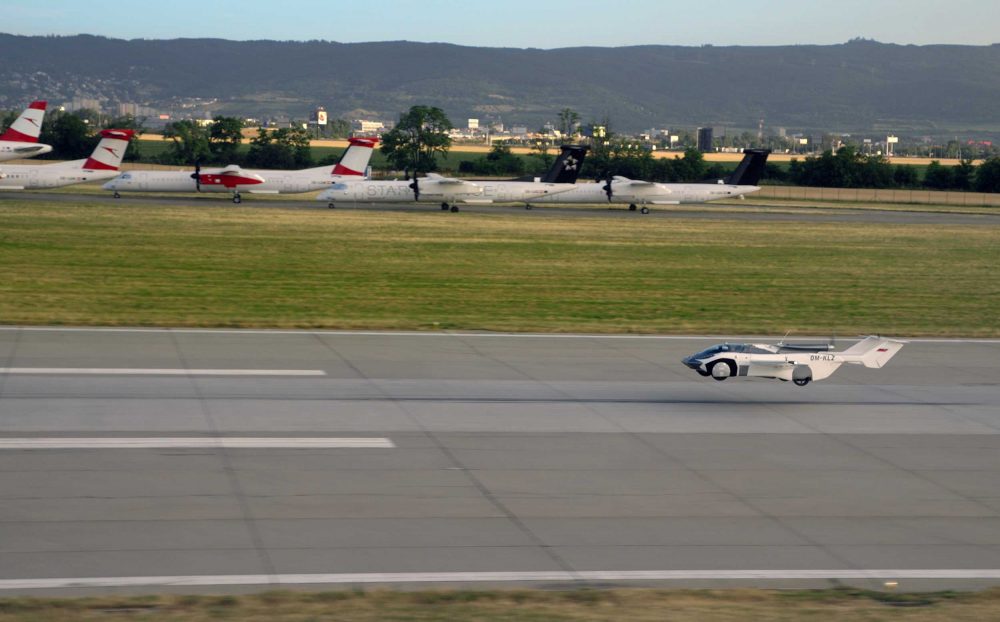 +VIDEO The Klein AirCar has made what’s being called a historic flight between international airports in Slovakia.

The 35-minute flight was from Nitra in west Slovakia to Bratislava, the capital city, flown by Professor Stefan Klein, the AirCar’s inventor.

After landing – the AirCar’s 142nd landing – the aircraft was converted into a sports car in under three minutes and was driven by Prof Klein and business partner, Anton Zajac, to downtown Bratislava, cutting the typical travel time in half.

“This flight starts a new era of dual transportation vehicles,” said Prof Klein after getting out of the AirCar in Bratislava.

“It opens a new category of transportation and returns the freedom originally attributed to cars back to the individual.”

Zajac, the co-founder of Klein Vision, added, “AirCar is no longer just a proof of concept. Flying at 8,200ft at a speed of 100kt, it has turned science fiction into a reality.”

The AirCar Prototype 1 is equipped with a 160hp BMW engine with fixed-propeller and a ballistic parachute. It has completed over 40 hours of test flights, including steep 45-degree turns and stability and manoeuvrability testing.

AirCar Prototype 2, the pre-production model, will be equipped with a 300hp engine and receive the EASA CS-23 aircraft certification with an M1 road permit. With its variable pitch propeller, the Prototype 2 is expected to have a cruise speed of 300km/h (162kt) and range of 1000km (621mi).

The Klein AirCar takes over from AeroMobil