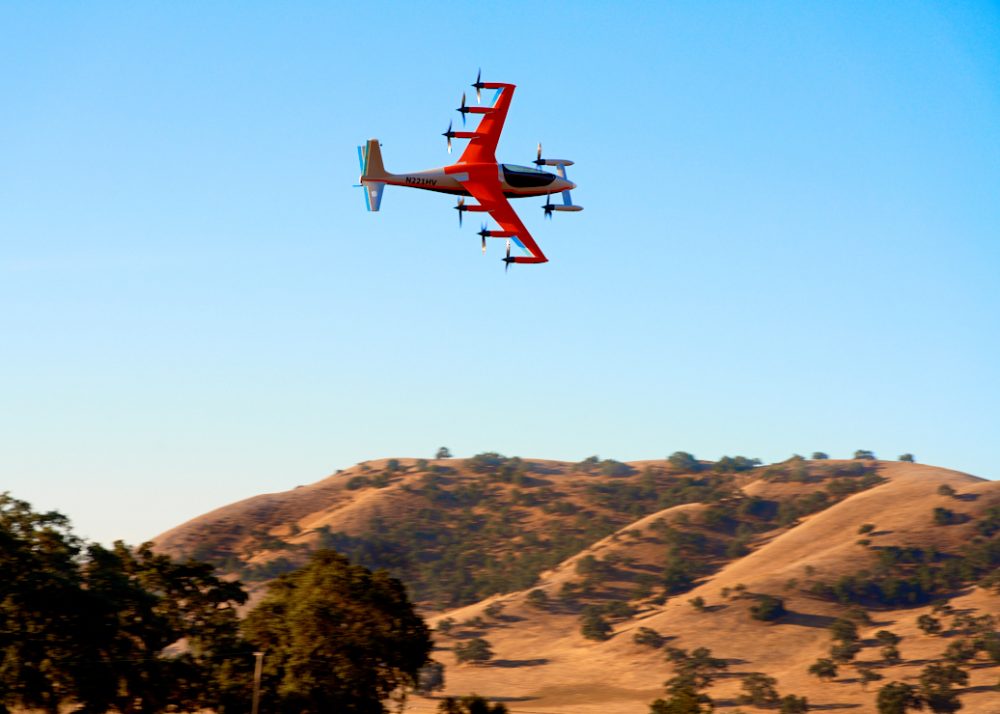 This is the latest aircraft from Kitty Hawk, the aviation tech company linked to Google founder Larry Page. It’s called Heaviside, it’s a single-seater, can takeoff and land vertically, and is extremely quiet, according to the US startup.

Few other details have been released othet than Kitty Hawk saying it can travel from San Francisco to San Jose, a distance of 30 miles, in 15 minutes, which gives it a speed ot 120mph.

One report says the wingspan is 20 feet and that Heaviside can travel 100 miles on a single charge.

This is Kitty Hawk’s third aircraft, following the recreational low-level flying Flyer, and Cora, a two-seater being tested in New Zealand.