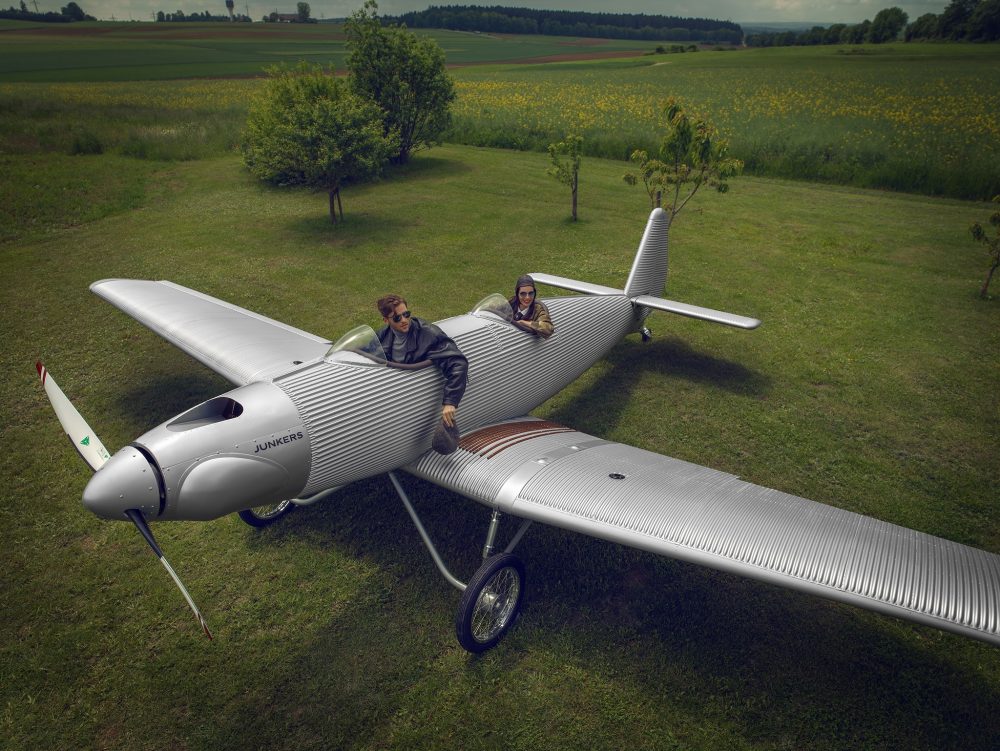 First deliveries of the replica Junkers A50 Junior will start in April 2022, according to the German company behind the project, Junkers Flugzeugwerke AG.

The A50 Junior is built and approved to the new 600kg microlight category in Germany which means it should be available throughout Europe and the UK.

The idea of recreating the Junkers A50 Junior came from Dieter Morszeck, who was behind the replica Junkers F13. Mr Morszeck’s family firm Rimowa produces the iconic suitcase with a similar exterior skin.

The airframe of the modern A50 Junior has been engineered and will be built by Kaelin Aero, which also constructed the F13. Kaelin is a renowned aviation engineering company in Germany with much experience in renovations and modifications.

The new A50 Junior, despite looking like its 1929 original, is packed with modern tech including a Rotax engine, MT Mühlbauer propeller, Beringer brakes, Garmin flight instruments and a built-in Galaxy recsue system.

“As a light sport aircraft, the A50 Junior combines the latest technology with the flair of the 30s,” said the company. “This unique aircraft induces feelings of freedom for new adventures. We proudly look forward to the start of a new edition of this historic aircraft.

The original Junkers A50 Junior had its maiden flight in February 1929, after which 69 aircraft were manufactured. They set a number of world records including by Marga von Etzdorf, the first woman to fly from Berlin to Tokyo in 1930 with her Junior A50.