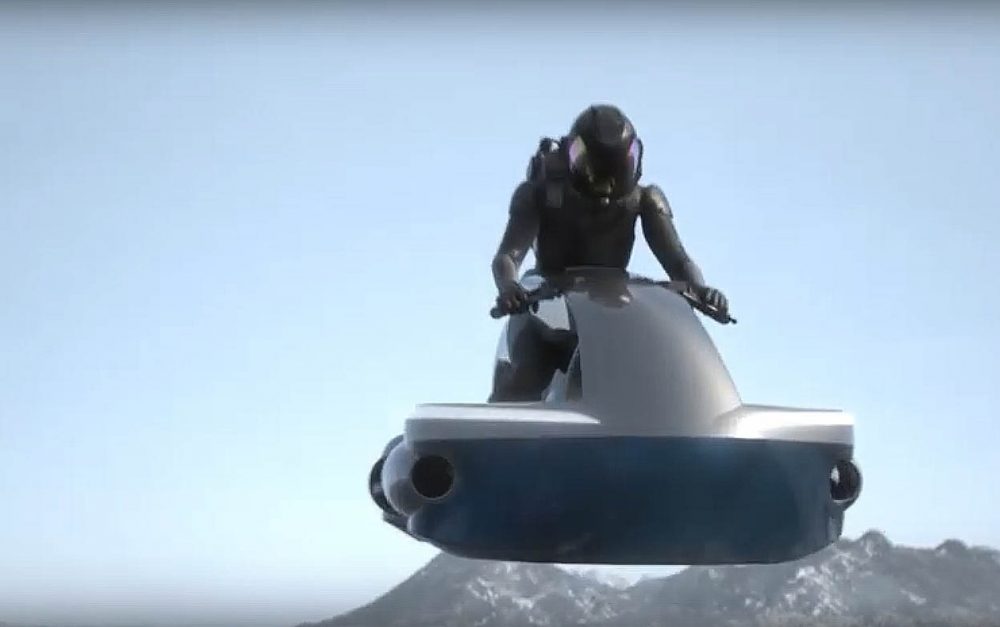 A flying motorcycle – or jetski, depending on how you look at it – was shown at the recent Tokyo Motor Show with plans to start production and deliveries by late 2020.

The Xturismo, from Japanese company ALI Technologies, achieves lift and steering with fans located underneath and on its sides. The fans have electric motors fed by both a battery and an internal combustion engine for onboard charging.

ALI says it will start with a limited edition model but go to mass production once the Xturismo gains licensing for use on public roads from Japan’s road transport authority. It expects to do this by 2023.

When asked about the bike’s speed, Katano Daisuke, president of ALI Technologies, said, “All I can say right now is that we are aiming to produce a 200 kilometre per hour model.

“We plan to start by marketing exclusive, high-end models, and after we’ve established our market, we’ll shift to mass production.”

ALI also intends to shift to all-electric at some point, claiming the current battery is sufficient for two hours riding/flying. It also wants to get involved in building the infrastructure for self-driving airborne traffic.

“Self-driving vehicle mobility is easier to achieve in a three-dimensional rather than a two-dimensional context,” said Katano. “The lack of obstacles make it easier to control the vehicle. Our mission is to eliminate traffic accidents altogether.”