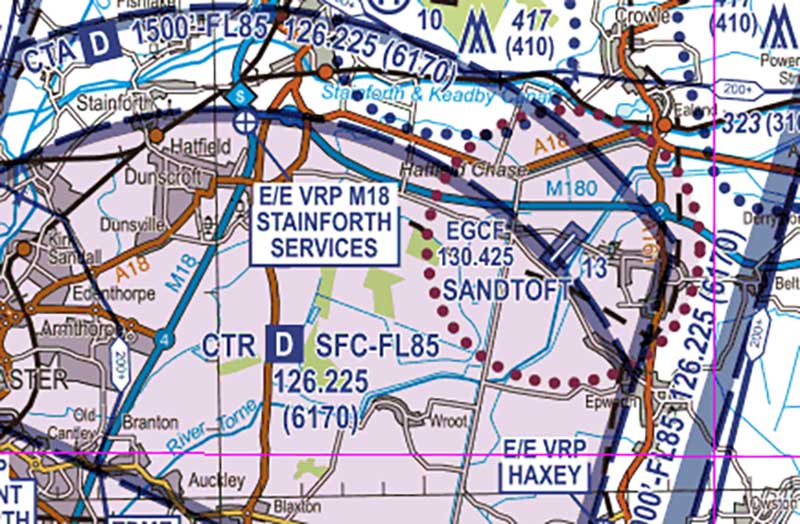 It seems hard to believe there’s an airspace infringement hotspot in north Lincolnshire, one of the quietest areas of the UK, but with Doncaster Sheffield Airport located to the south-west of Sandtoft Aerodrome, there have been a ‘significant number of infringements’ by aircraft arriving to or departing from the aerodrome.

Sandtoft is the fifth and latest update in a series of narratives identifying infringement ‘hotspots’ in the UK, published on the Airspace Safety website.

The purpose is to help pilots avoid infringing and and contains advice produced by members of the Yorkshire LAIT (Local Airspace Infringement Team) including ATCSL at Doncaster Sheffield and Liverpool, and operators at Humberside, Yorkshire Aero Club and Sandtoft Aerodrome.

The Yorkshire LAIT has noted a significant ‘hot-spot’ exists for airspace infringements of the Doncaster Sheffield Controlled Airspace in the vicinity of, and in particular, to the west of the Sandtoft ATZ.

The update observes that Sandtoft Aerodrome lies to the northeast of Doncaster Sheffield Airport. The Aerodrome Traffic Zone (ATZ) lies within three areas of controlled airspace: 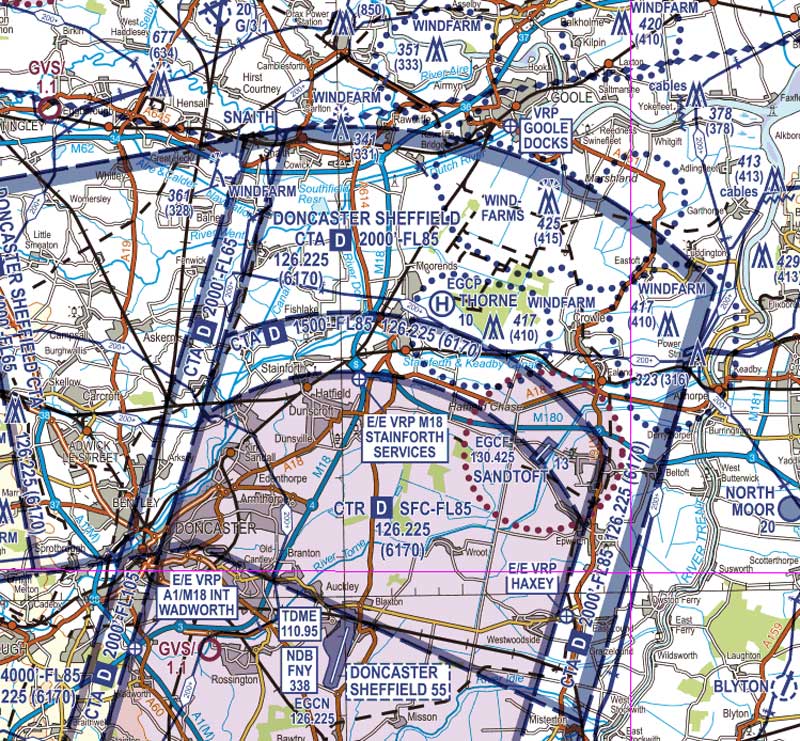 “On arriving in the Sandtoft ATZ, pilots should, once established in the circuit, remain within the ATZ by turning downwind for Runway 23 overhead the caravan/lake complex to the southwest of the aerodrome,” says the update.

“Pilots should, where possible, not delay the turn onto downwind in order to achieve circuit height. Similarly, the turn onto the base leg for Runway 05 should be commenced over the same turning point. Failure to follow these procedures may result in an infringement of controlled airspace. Pilots should also note the displaced threshold of Runway 23, to ensure clearance of obstacles in the undershoot.”

The full update is here, alongwith previous reports on Solent, Warwick, Manchester low-level route, and the southwestern corner of the London Control Zone.