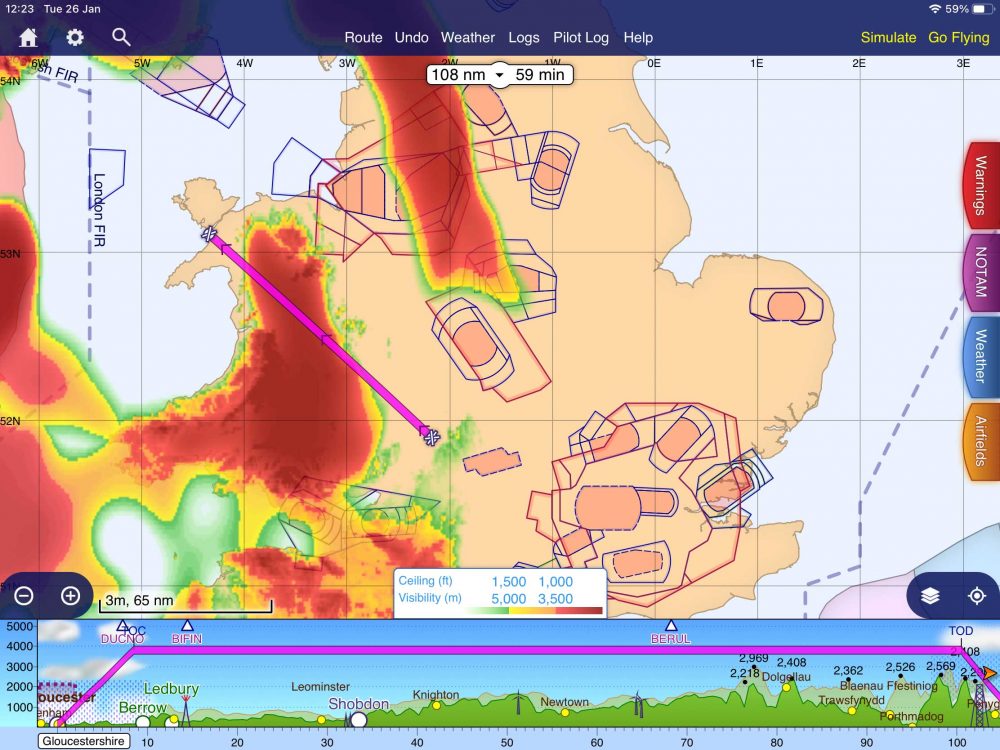 The boffins behind SkyDemon, the flightplanning and navigation app, have just launched a new feature into public beta*.

SkyDemon calls it ‘Flyable’. It’s an additional option within the weather menu that adds an overall layer showing flyable areas based on user selected criteria.

Users can choose ceiling and visibility limits for VFR and marginal VFR conditions, an overlay is then created that shows flyable areas based on these limits.

In practice this shows areas that are a) better than your personal VFR minima, b) offer conditions meeting your marginal minima and c) areas that are below this.

The time slider pin on the weather menu can be used to provide an animation for the estimated conditions for the next couple of hours.

It’s hoped that the feature will move from public beta to general release in the next couple of weeks.

*Public beta: Distributed to those registered as beta testers (open to anyone) but not the final release which gets pushed to all users.