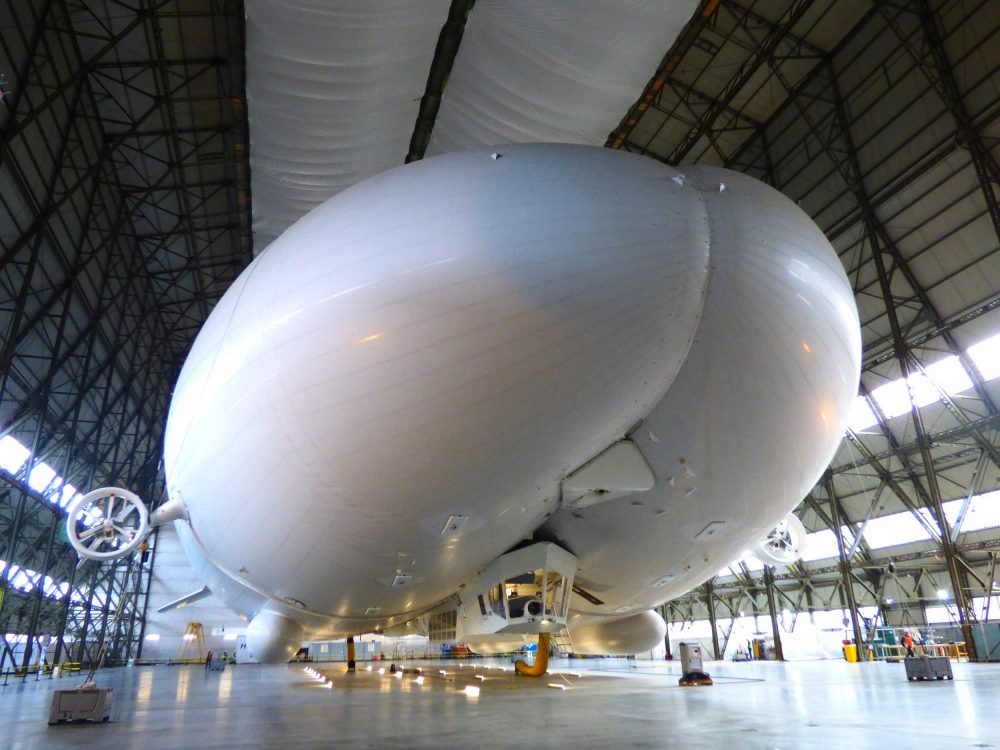 The famous Cardington Sheds near Bedford are the current home of the Airlander 10 airship being developed by Hybrid Air Vehicles. The huge airship is now complete and the Airlander now enters into a ground testing phase before roll-out of the hangar and first flight.

“I’m extremely excited and looking forward to taking Airlander on what I’m sure will be a very successful first flight,” said Chief Test Pilot, David Burns. “Hybrid Air Vehicles isn’t announcing a date for the first flight at this stage, and we will fly when the all ground testing is complete and Airlander is ready to fly.”

The remainder of 2016 will see an extensive flight test programme consisting of 200 hours of test flights over a number of months, then a series of trials and demonstrations with prospective customers. “We are proud to be a British company with 80% of our supply chain based in the UK,” said Hybrid Air Vehicles CEO Stephen McGlennan. “We are launching of our involvement in the UK Government’s GREAT Britain Campaign. This is a global campaign to promote British excellence around the world and will help us to promote the Airlander to a truly global audience.”

The Airlander 10 is designed to stay airborne for up to five days at a time to fulfil a wide range of communication and survey roles, as well as cargo carrying and tourist passenger flights. It is a ‘hybrid’ airship meaning that it is not ‘lighter than air’ like a balloon or traditional airship. Instead, it relies on a combination of light weight and forward motion through the air to generate lift – just like an aircraft. One of the key benefits is that it is easier to land a hybrid airship and handle it on the ground.

Airlander gets ready to fly again