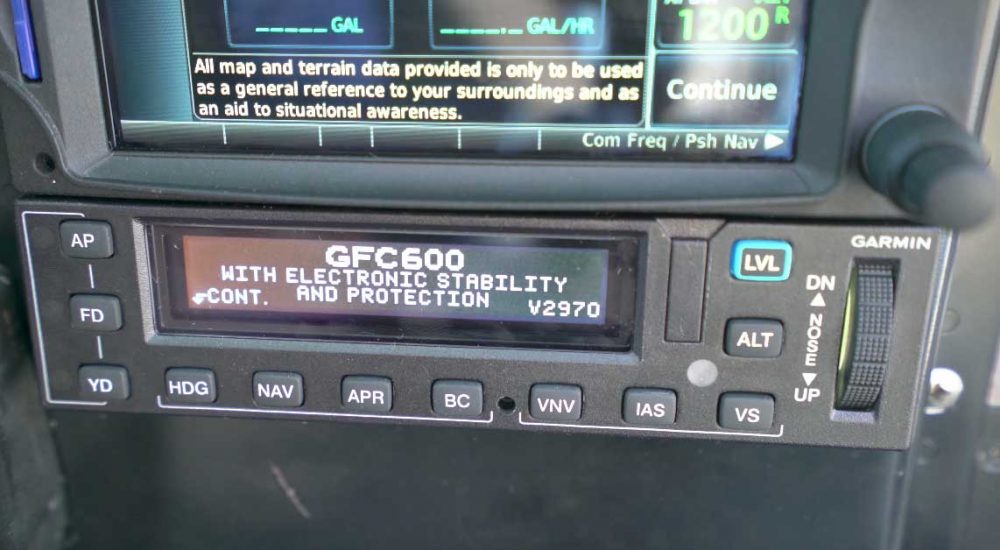 Autopilots and conspicuity are at the heart of Garmin’s new products being launched at next week’s EAA AirVenture Oshkosh show.

The GFC 600 autopilot is intended for high performance piston single/twin-engine and turbine aircraft. It is a standalone system that can integrate with G500/G600 glass cockpits, Garmin nav units and some others. The first STC is for Beech A36 Bonanza and B55 Baron aircraft.

The GFC 500 is intended for less complex piston single-engine aircraft, and works with the Garmin G5 electronic flight instrument. The G5 provides input and display of altitude preselect, heading, vertical speed target, airspeed target and Flight Director command bars for the GFC 500. An optional adapter allows the GFC 500 and G5 to interface with select Garmin GPS or VHF navigators. The first STC for the GFC 500 is expected to be for Cessna’s 172 later this year, with the Cessna 182 and Piper PA-28 series to follow.

Both autopilots allow pilots to select, couple and fly various instrument approaches, including GPS, ILS, VOR, LOC and back course approaches. Both have a Level Mode button, which automatically engages the autopilot to restore the aircraft to straight and level flight.

ADS-B In, Out, shake it all about

Garmin is also launching new ADS-B products, the GDL 82 ADS-B Out datalink and the all-in-one GDL 51/52 ADS-B and SiriusXM receiver (only in the U.S.).

The GDL 82 ADS-B Out datalink:

The GDL 51/52 is a series of portable receivers that receive ADS-B traffic and weather, as well as SiriusXM Aviation weather and audio for display and control on select mobile devices and portables: