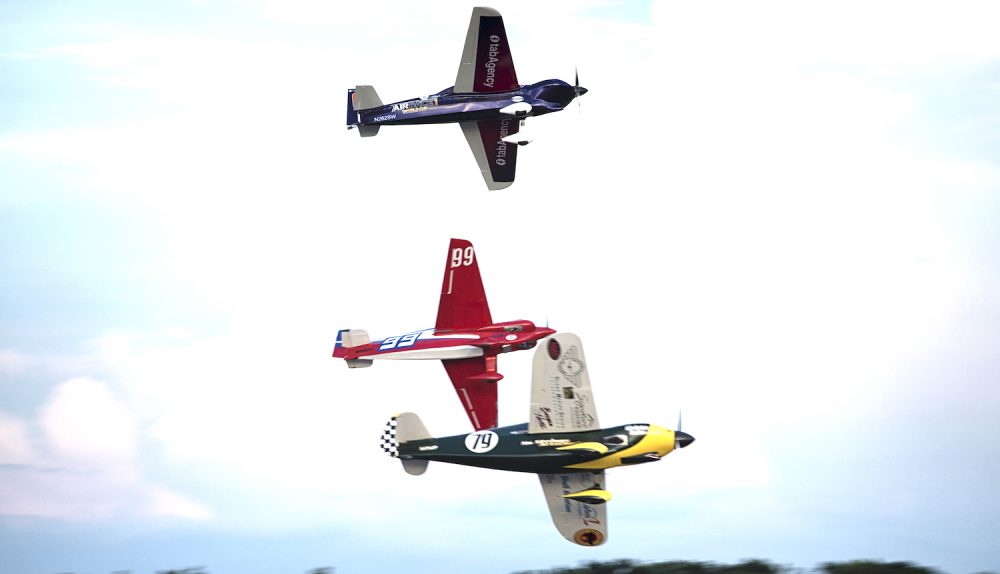 Four teams have already entered for the world’s first ever electric aircraft air race, Air Race E, to be held next year.

Air Race E and Airbus, the Official Founding Partner of the series, revealed the teams at the Paris Air Show being held at Le Bourget Airport this week.

Teams from the Netherlands, USA and the UK have declared their intention to race and are in the process of building their electric race aircraft to meet the official race formula specifications. A minimum of eight aircraft are needed to carry out a race. Eventually, 16 teams are expected to join the series.

The inaugural race next year will be the first in a series of international electric air racing competitions aimed at promoting cleaner, faster and more advanced electric engines.

The series is run by Air Race Events and promoter Jeff Zaltman, the man behind the Air Race 1 series (the avgas-powered equivalent). A formal bidding process to host the first electric race is now underway, with the final host venue to be decided by December.

Each race will see eight electric aircraft race against each other on a tight 5km circuit, just 10m above the ground, with pilots experiencing heavy G-forces in high-pressure turns around an oval circuit. The first pilot who crosses the finishing line will be crowned the winner.

Team “AllWays Air Racing” from California, USA, will be represented by team captain and pilot Casey Erickson, an experienced Reno Air Race pilot in the bi-plane class and past president of International Aerobatic Club Chapters 36 & 131. The team is already at a midway point of building their own custom race airplane.

Erickson said: “It is thrilling to be on the cutting edge of technology, and all that it entails, while doing our part to create a more environmentally friendly eco-system to assist in leaving a cleaner planet for the future.”

The UK’s Team “Condor” will be led by Martyn Wiseman, who is managing director of Condor Aviation International. The team will modify and adapt an existing sport aircraft to create their race aircraft with support from Teesside and Hull Universities.

Wiseman said: “Air Race E is an incredible opportunity to test technology to the limit while providing the most exciting form of aviation possible. The idea of flying over 450kph at 10 metres off the ground is giving me goose bumps. We can’t wait to start.”

“Team NL” from the Netherlands will be led by Rick Boerma, representing a design team formed of university students. The team will work on designing and building a new aircraft specifically for Air Race E instead of converting an existing airframe.

Boerma said: “To design, build, test and fly a new aircraft for the Air Race E next year is going to be a seriously difficult challenge, but one we are ready to take head on. Time is ticking, but we are excited to get started.”

Another strong competitor from the USA is Team “Blue-BETA Racing”, which in 2018 put an eVTOL in the air. The team is a partnership between propulsion and control system company BETA and dvanced composites company Blue Force Technologies.

Kyle Clark, CEO and chief test pilot of BETA Technologies, said: “We see the Air Race E series as a design accelerant that will push the development of advanced concepts while showcasing the amazing engineers and thought leaders working in this space.”