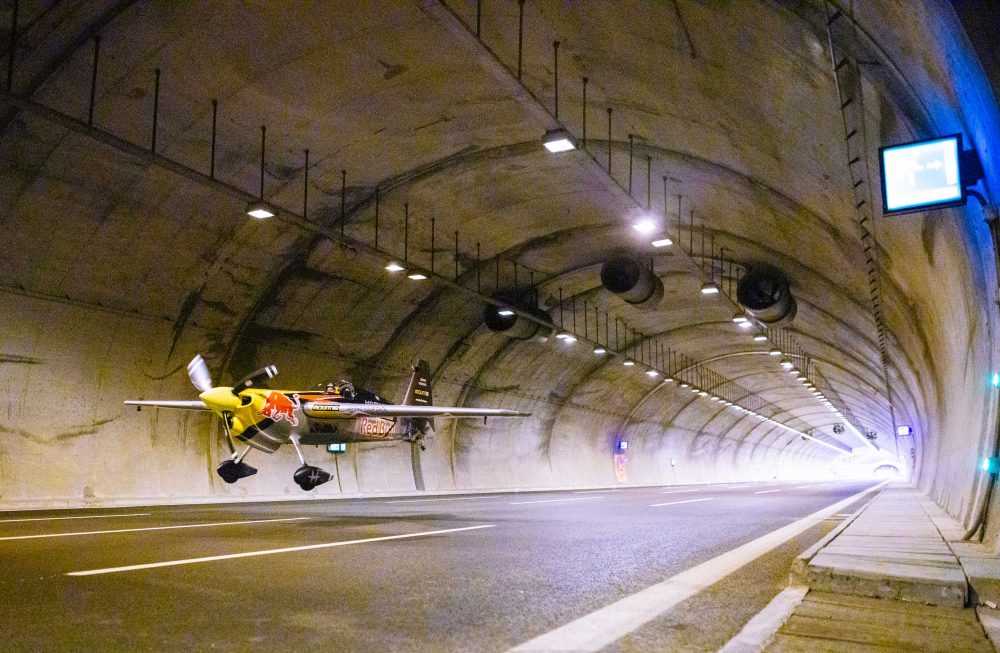 +VIDEO Flying an aircraft through not just one but two road tunnels… madness, right? That’s exactly what Italian display pilot Dario Costa did in the latest Red Bull stunt.

Costa took off inside the ﬁrst tunnel, passed through an open-air gap and then continued through the second tunnel, ﬂying less than 1m from the surface and close to the sides of the tunnel.

Costa said afterwards, “Everything seemed to be happening so fast, but when I got out of the ﬁrst tunnel, the plane started to move to the right because of the cross winds, and in my head, everything slowed down in that moment. I reacted and just focused on getting the plane back on the right path to enter the other tunnel.

“I’d never ﬂown in a tunnel in my life – nobody had ever done it – so there was a big question mark in my head whether everything would go as we expected or if there would be something to improvise. It was a big relief, of course, but big, big happiness was the main emotion. For me it’s another dream come true.”

The flight set a new Guinness World Record: Longest Tunnel Flown through with an Aeroplane (1,610 m). 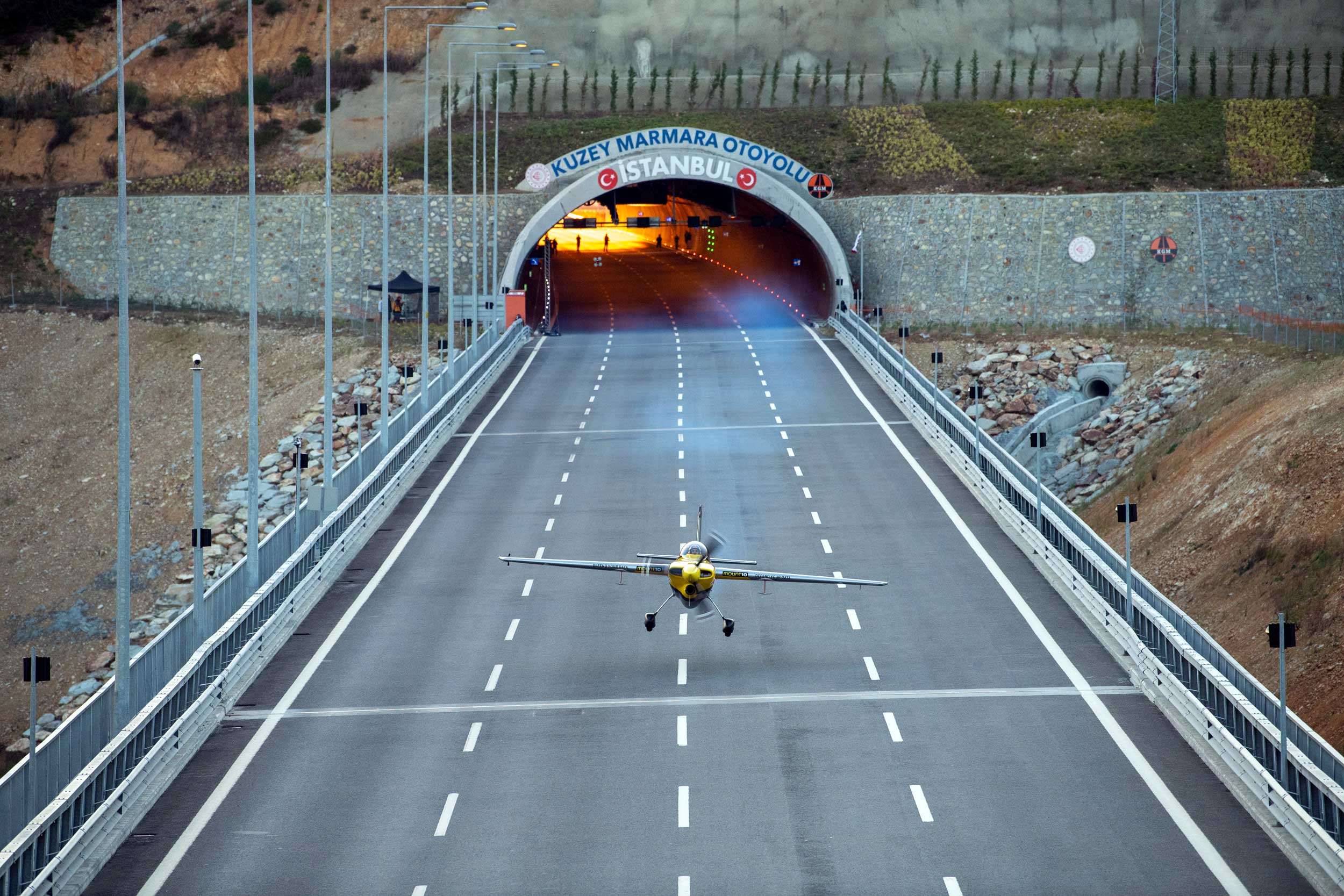