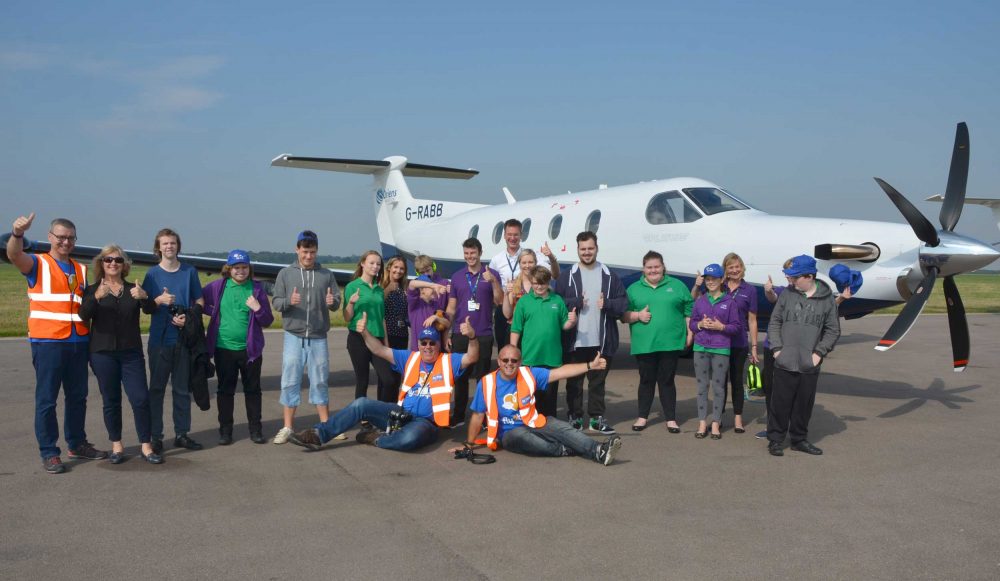 An incredible 135 people with a variety of life disadvantages were flown yesterday, 15 September, in the largest-ever Air Smiles Day staged by charity fly2help.

The event celebrated ten years of fly2help and took place at ten airfields around the UK with the help of 50 volunteers including pilots.

“We were delighted with the air smiles created by the day and have more flights planned over the next few months,” said Alison Pavier, CEO of fly2help.

“We are very grateful to our volunteers who make our Air Smiles Days happen and hope that our 10th Anniversary will inspire more flyers and aviation supporters to help us change more lives, one flight at a time.” More than 2,000 people have flown in a light aircraft since the charity started in 2006.

One of the teams taking part was Oriens Aviation. Company boss Edwin Brenninkmeyer flew its brand new $4.9m Pilatus PC-12 NG to Oxford Airport where students, teachers and parents from the local LVS Oxford School for learners on the autism spectrum, enjoyed flights (photo above).

With the help of Oxford’s air traffic controllers, Edwin was able to provide sightseeing tours of Blenheim Palace and let the students look down on their school. The aircraft then flew to Elstree airport for another Air Smiles Day to fly a family, whose daughter has cerebral palsy, to see their home and nearby landmarks.

Take part in The 2.6 Challenge to support Aerobility