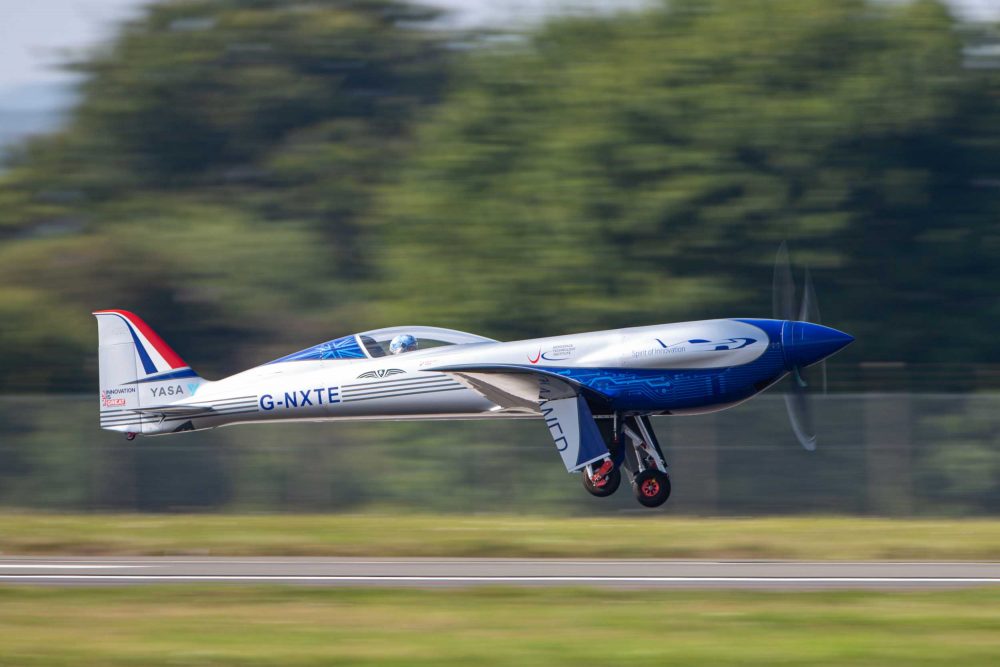 +VIDEO Rolls-Royce has flown its ‘Spirit of Innovation’ electric aircraft for the first time.

The aircraft took off from the UK Ministry of Defence’s Boscombe Down site, which is managed by QinetiQ and flew for approximately 15 minutes. “It marks the beginning of an intense flight-testing phase in which we will be collecting valuable performance data on the aircraft’s electrical power and propulsion system,” said a statement from Rolls-Royce.

The company intends to make an attempt on the world record for speed in an electric aircraft, hoping to exceed 300mph.

Warren East, CEO of Rolls-Royce, said, “The first flight of the ‘Spirit of Innovation’ is a great achievement for the ACCEL team and Rolls-Royce.

“We are focused on producing the technology breakthroughs society needs to decarbonise transport across air, land and sea, and capture the economic opportunity of the transition to net zero.

“This is not only about breaking a world record; the advanced battery and propulsion technology developed for this programme has exciting applications for the Urban Air Mobility market and can help make ‘jet zero’ a reality.”

The ACCEL programme, short for ‘Accelerating the Electrification of Flight’ includes partners YASA, the electric motor and controller manufacturer, and aviation start-up Electroflight. The ACCEL team have continued to innovate while adhering to the UK Government’s social distancing and other health guidelines.

Half of the project’s funding is provided by the Aerospace Technology Institute (ATI), in partnership with the Department for Business, Energy & Industrial Strategy and Innovate UK.

Rolls-Royce plans to use the ACCEL technology to offer a complete electric propulsion system for various aircraft, such as electric vertical takeoff and landing (eVTOL) or commuter aircraft.

“The characteristics that ‘air-taxis’ require from batteries are very similar to what is being developed for the ‘Spirit of Innovation’,” continued Rolls-Royce.

Rolls-Royce and airframer Tecnam are also working with Widerøe, a regional airline in Scandinavia, to deliver an all-electric passenger aircraft for the commuter market, planned to be ready for revenue service in 2026.