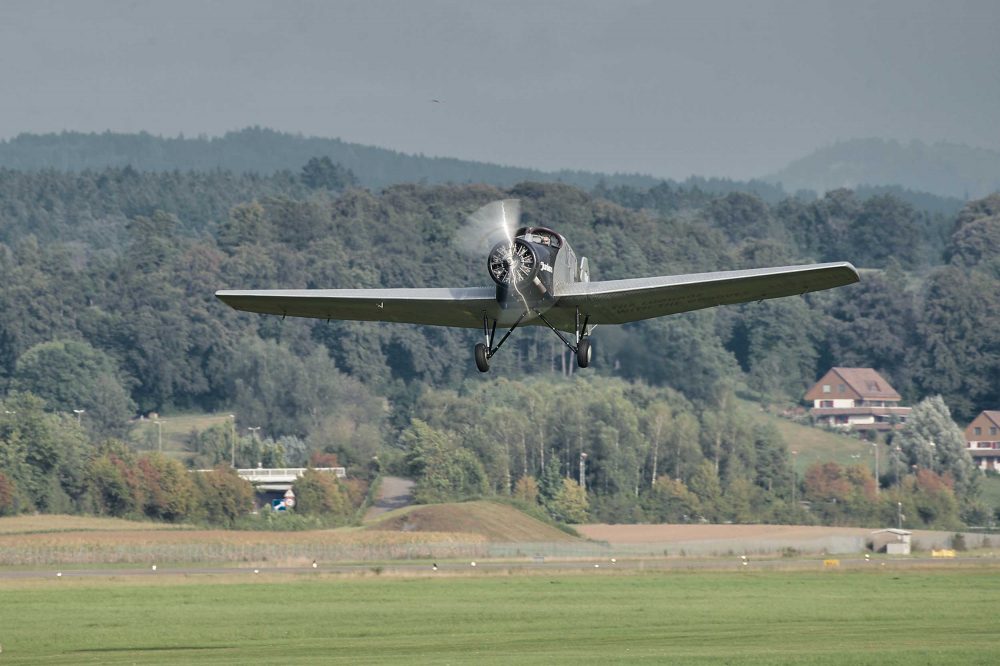 The Junkers F13 was the world’s first all-metal commercial aircraft. The replica, named ‘Annelise 2’ after one of the first Junkers, lifted off after 200 metres. Its engine delivers 450hp and the F13 has a cruise speed of 95 knots (176km/h).

The aircraft was flown by test pilot Oliver Bachmann, with Rimowa president and CEO Dieter Morszeck, a private pilot for 34 years. Morszeck said, “This is a dream come true for me. The Junkers F13 is back in the air and I was fortunate enough to experience its official first flight as a member of the crew! What more could I ask for?”

It took Rimowa seven years to research, plan and and get approvals, then build the F13 replica. The original was commissioned by German entrepreneur, engineer and visionary Hugo Junkers in 1919. The first cantilever all-metal aircraft made of duralumin was manufactured at the Junkers plants in Dessau until 1933.

Cologne-based businessman Dieter Morszeck, whose father developed suitcases using the same material more than 60 years ago, felt a sense of affiliation with Hugo Junkers’ project and therefore sponsored the construction of the first airworthy F13 replica.

“Hugo Junkers was the first person to use duralumin in aircraft construction. Around the world, grooved sheet metal became the hallmark of Junkers aircraft and Rimowa suitcases,” said Morszeck. “This is why I followed and supported the construction of an airworthy Junkers F13. I wanted to give back the world an important cultural asset – not in a museum, but where it belongs: in the skies.” 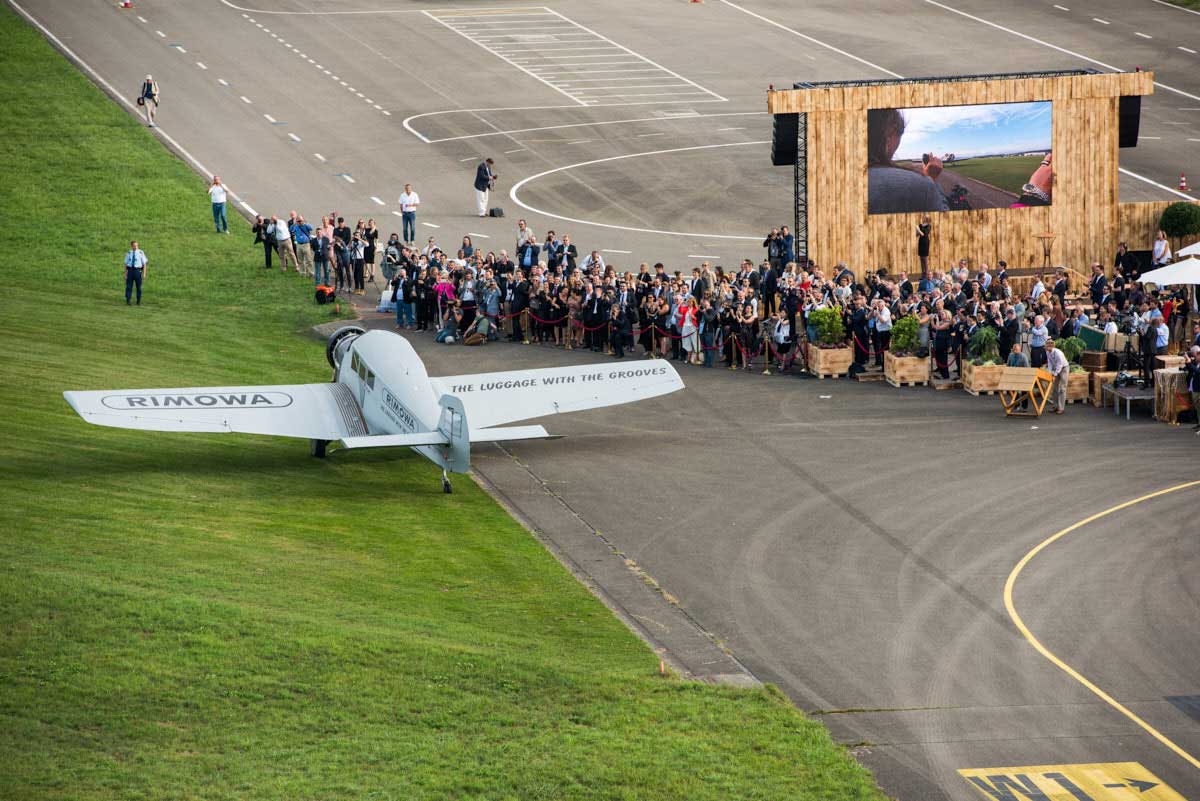 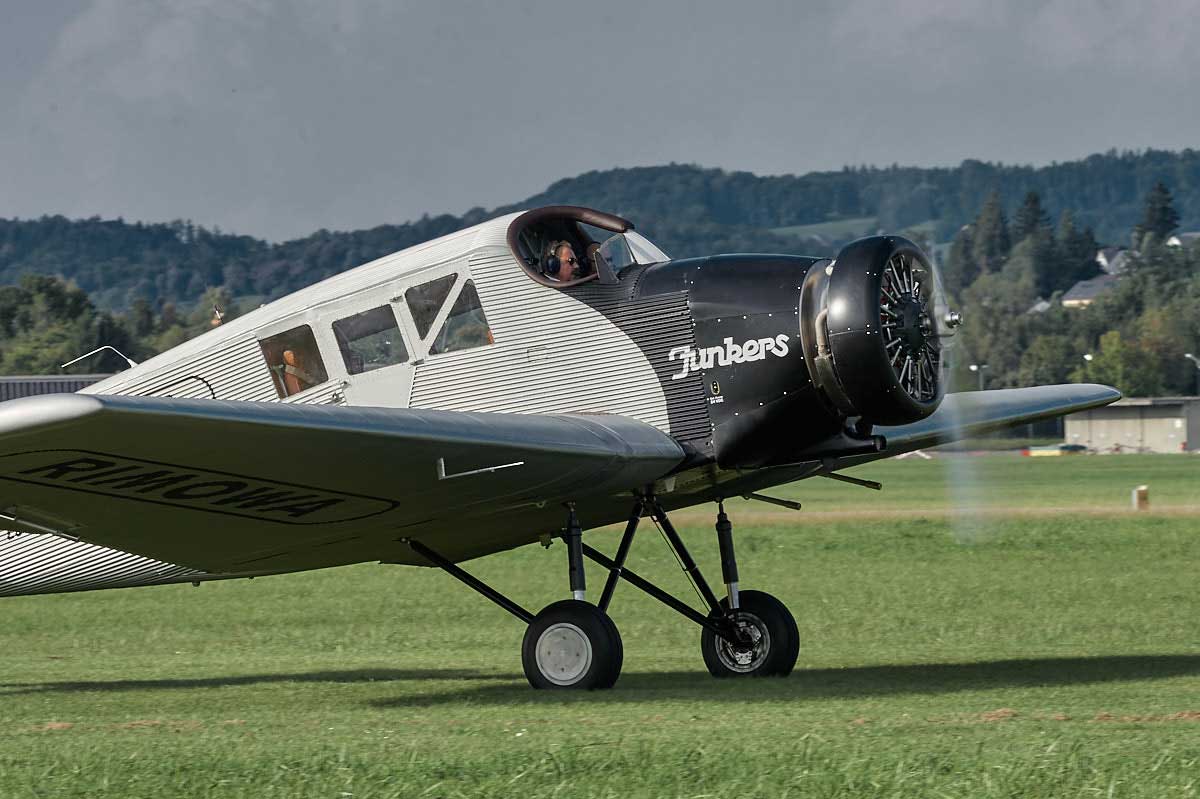 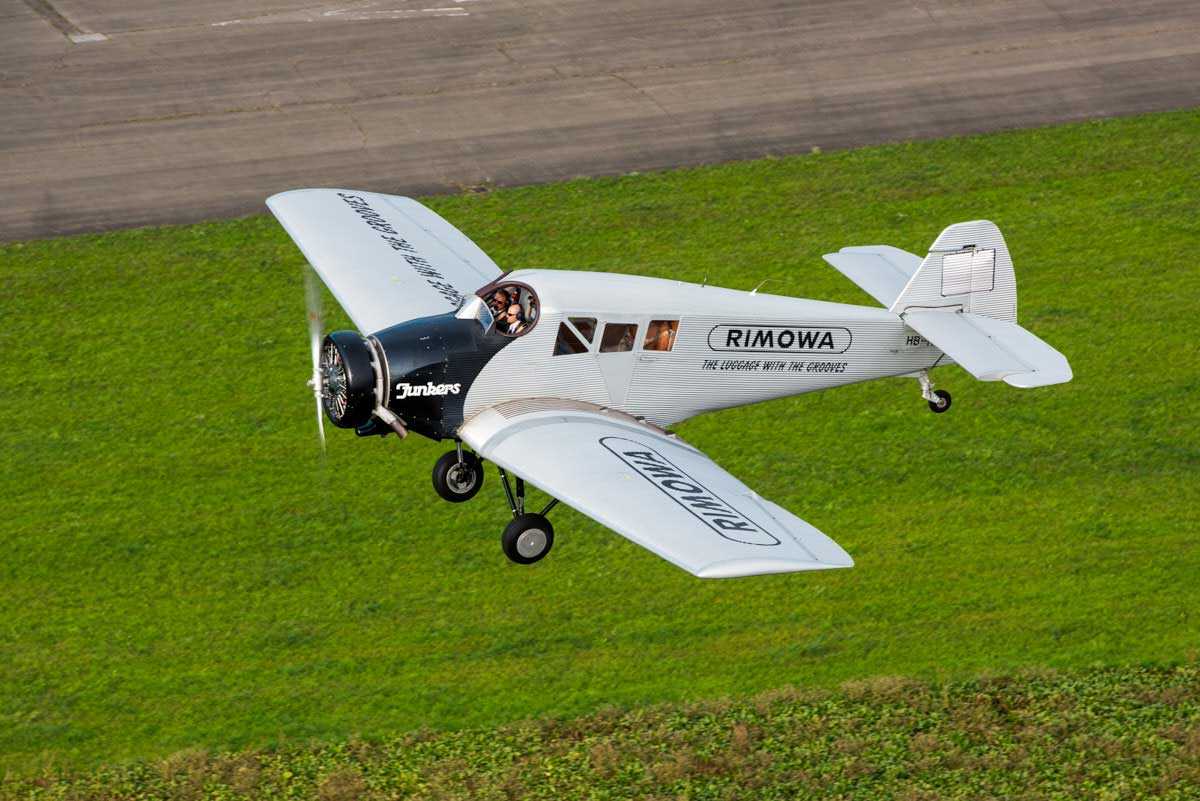 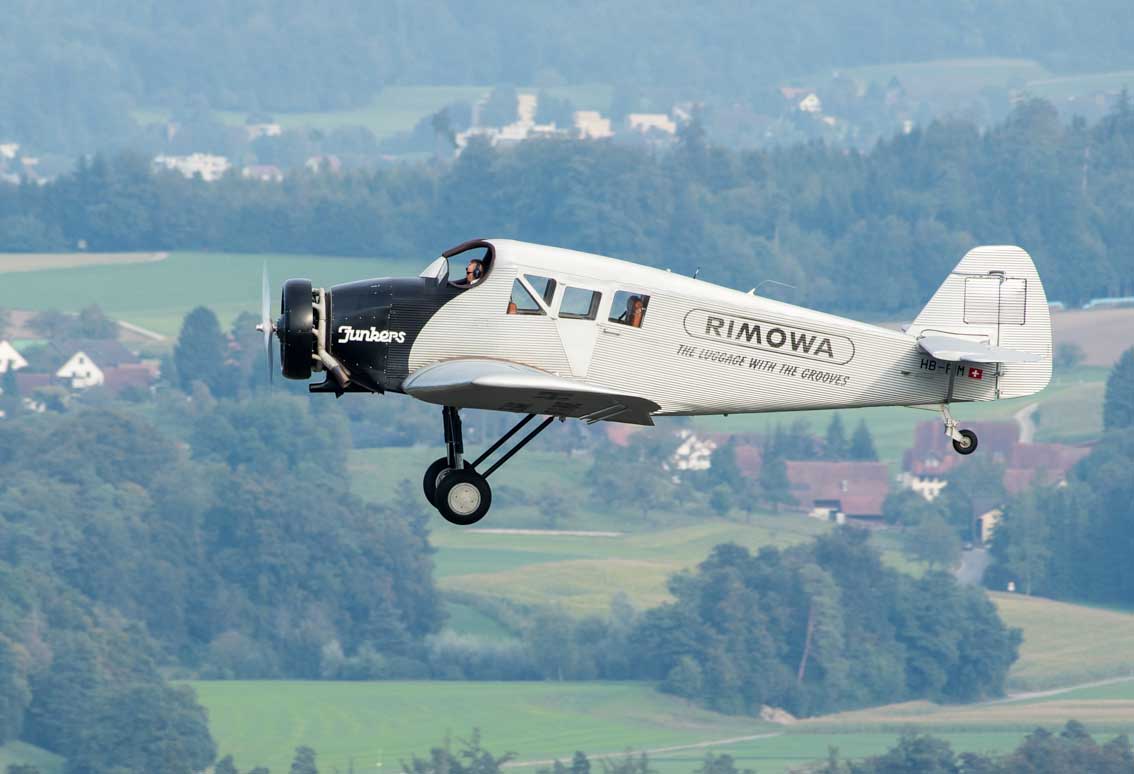 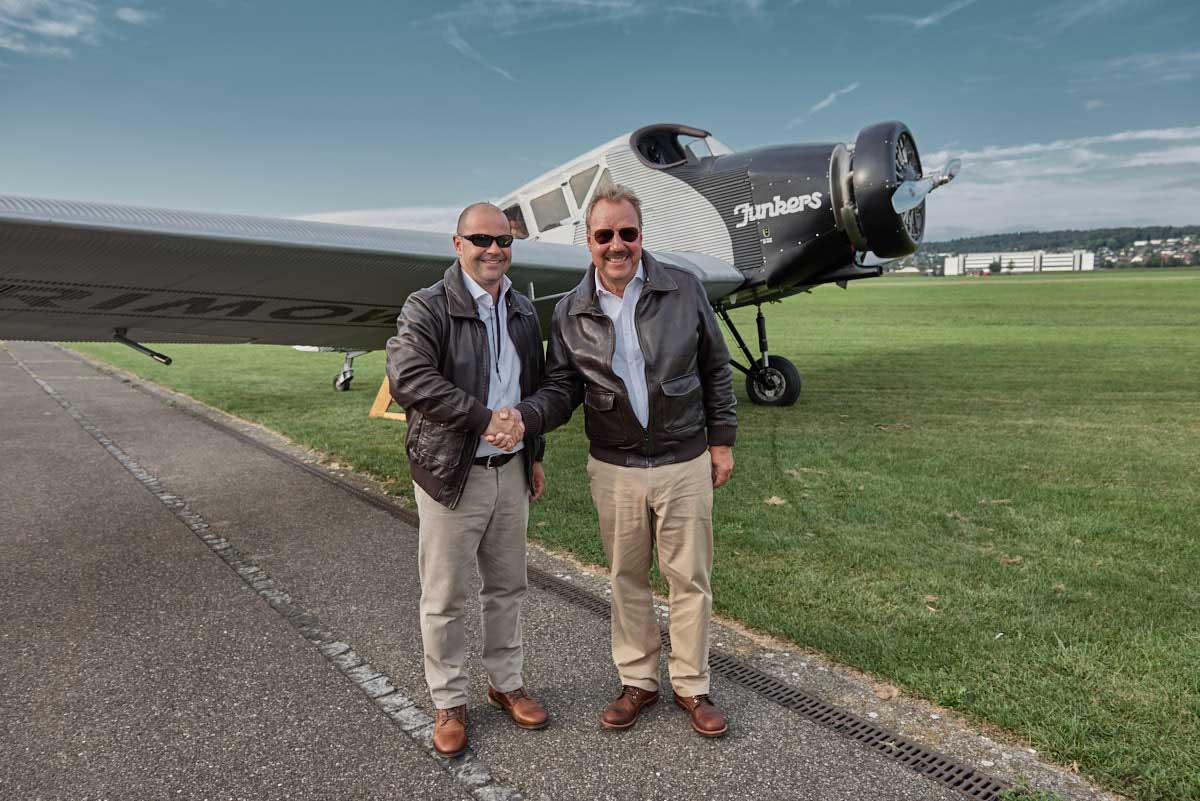 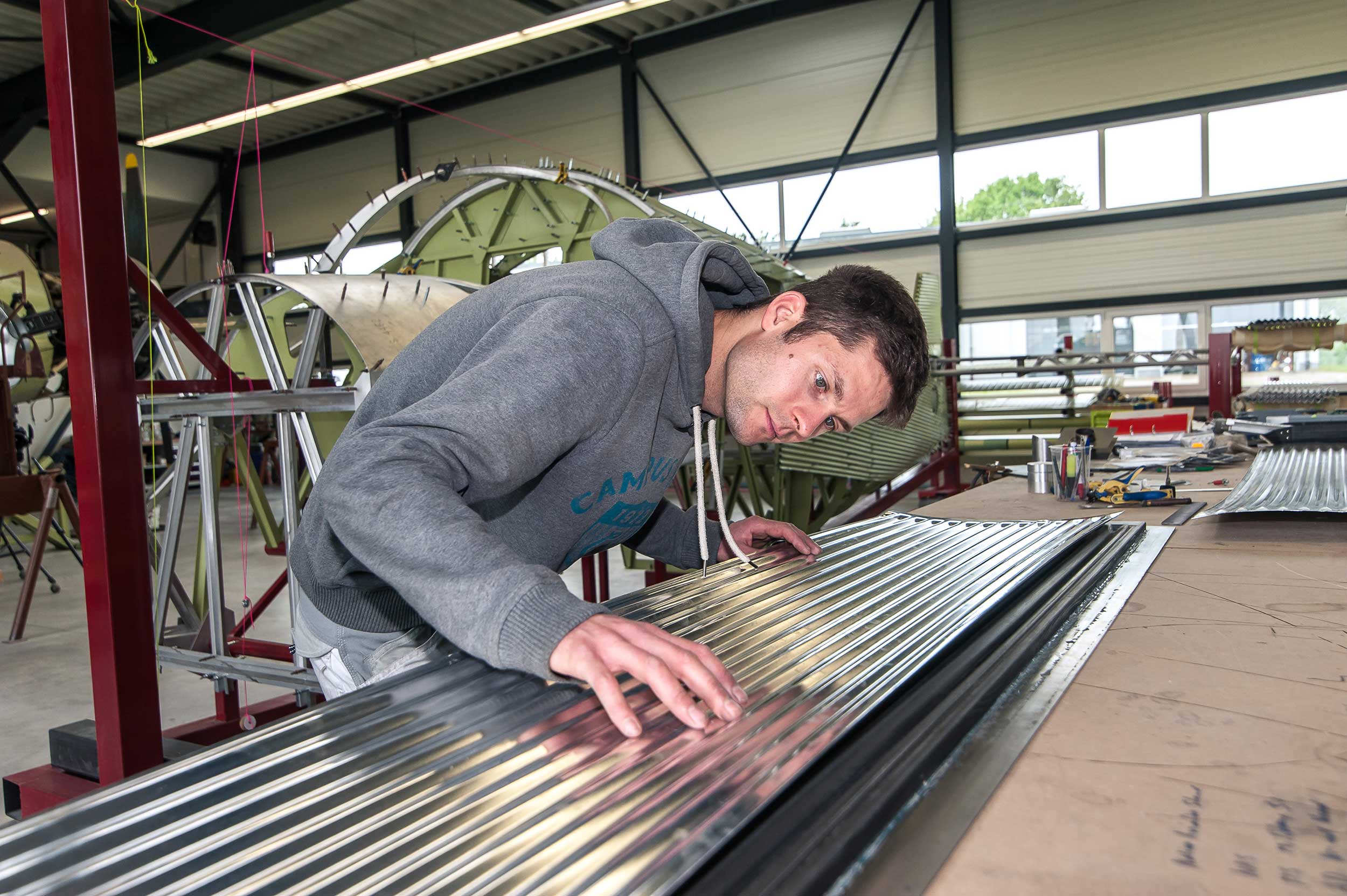 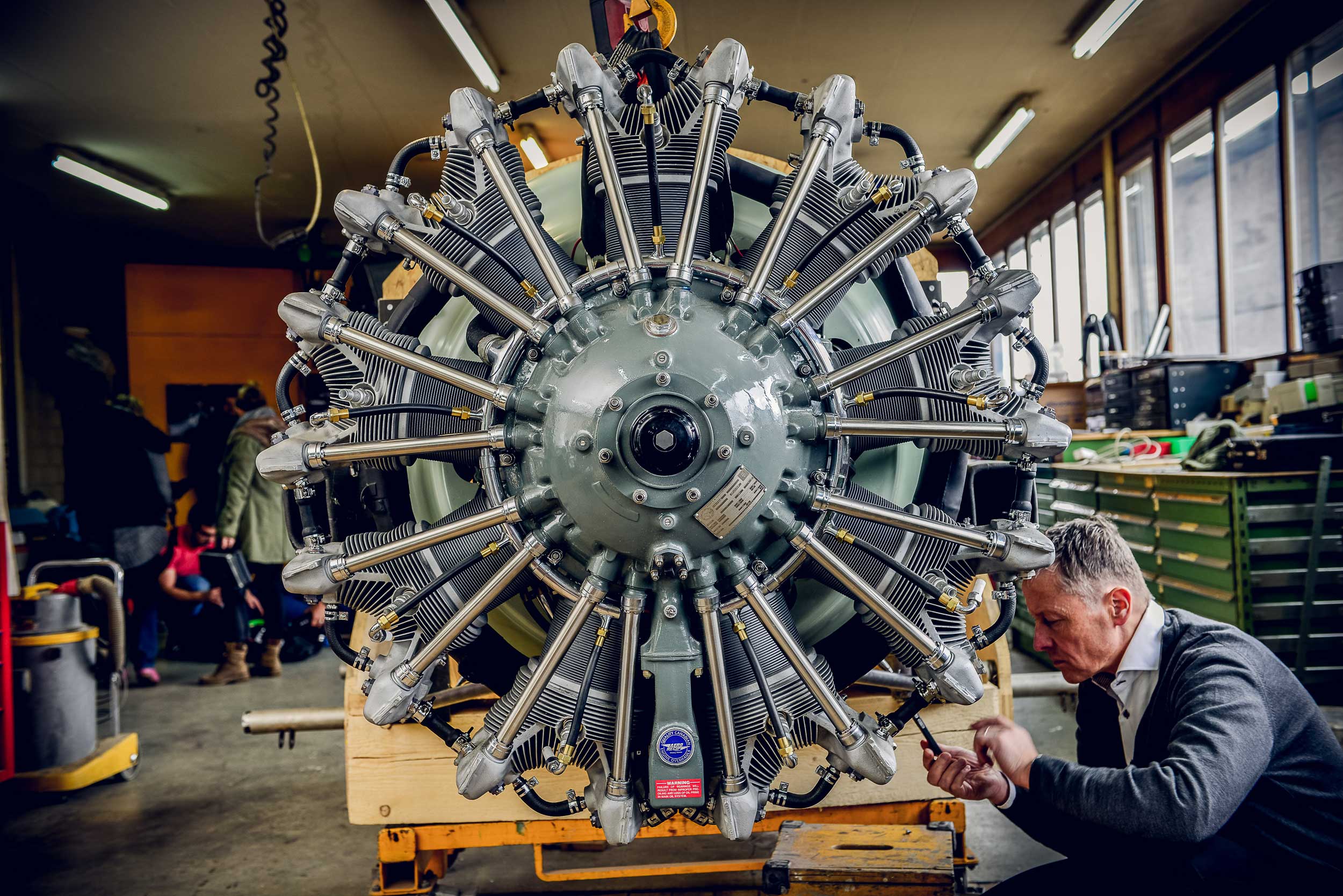 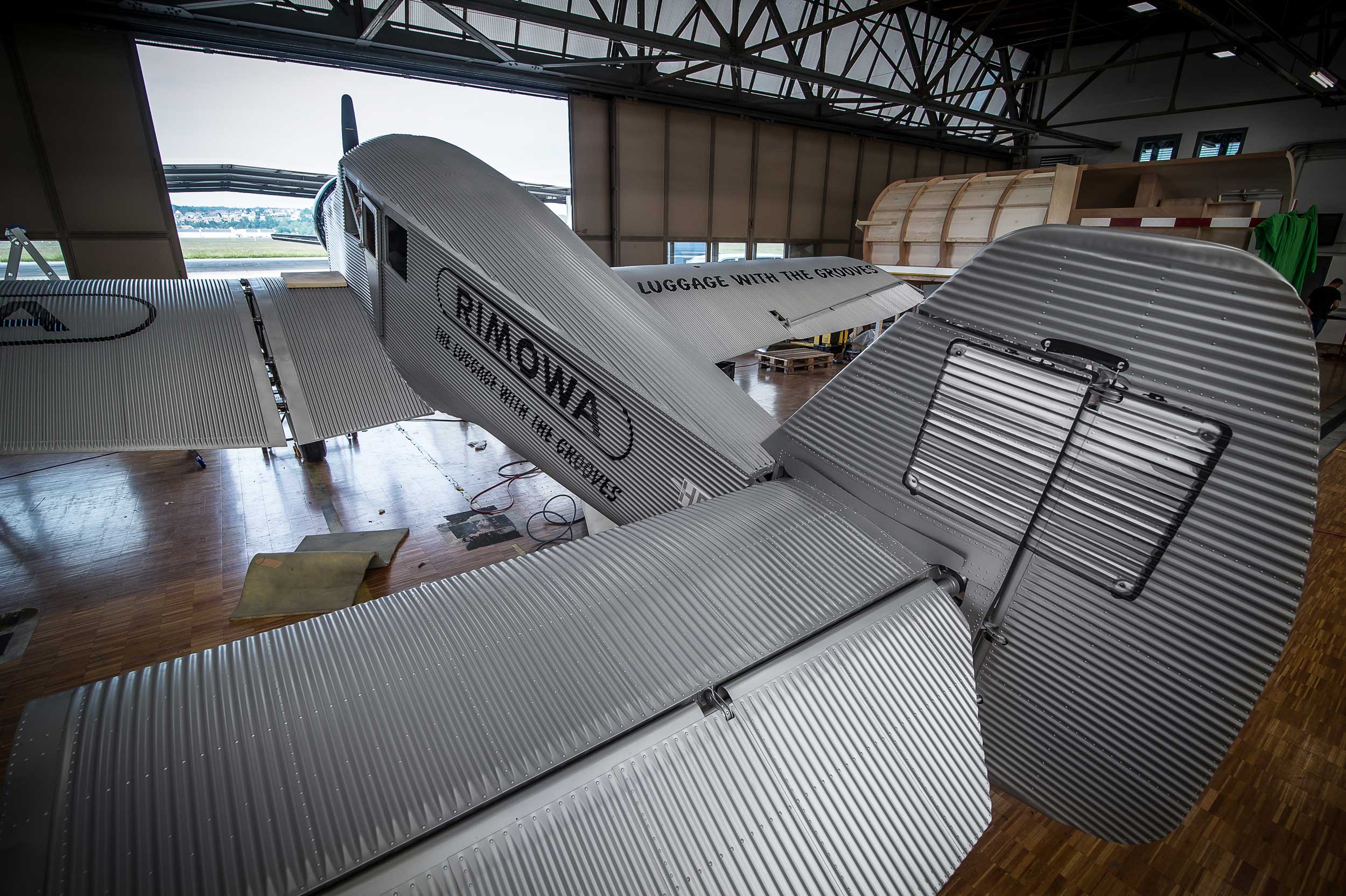 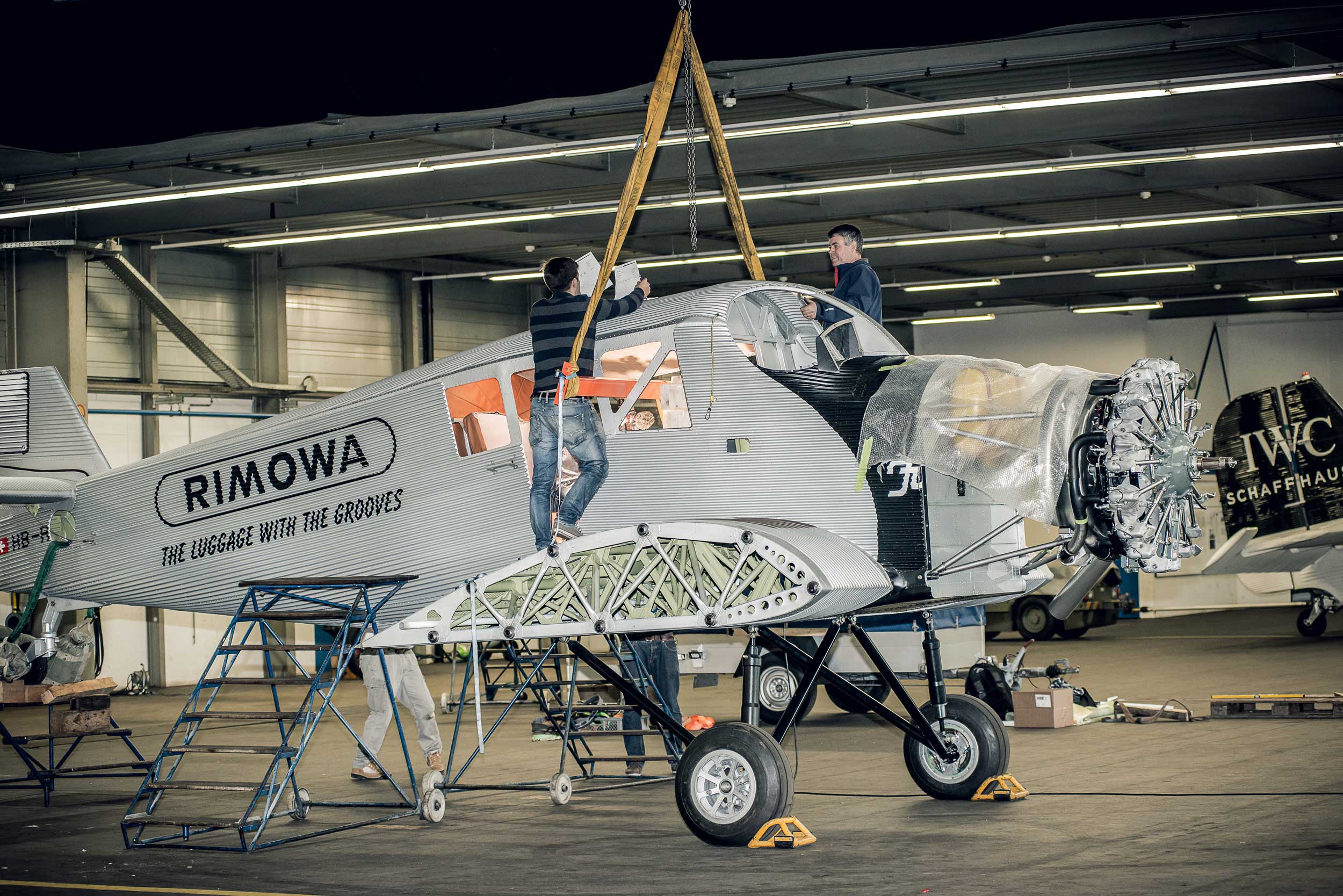 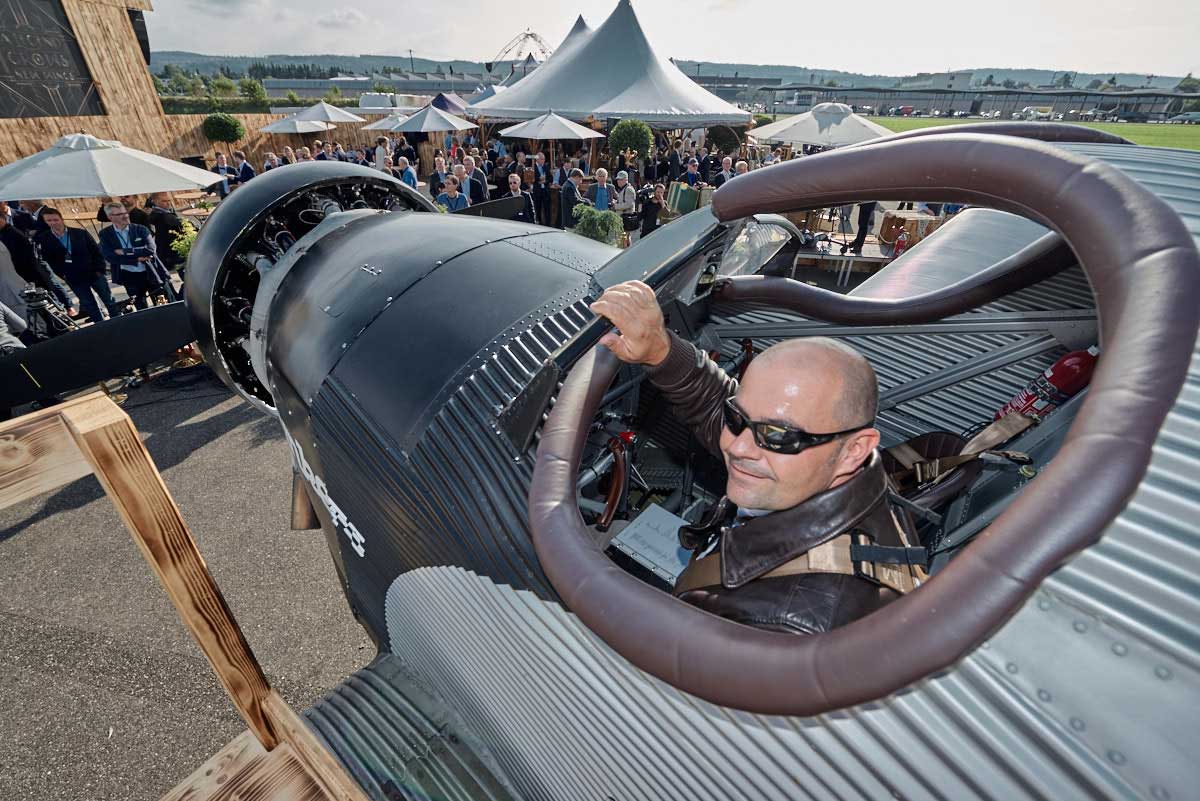 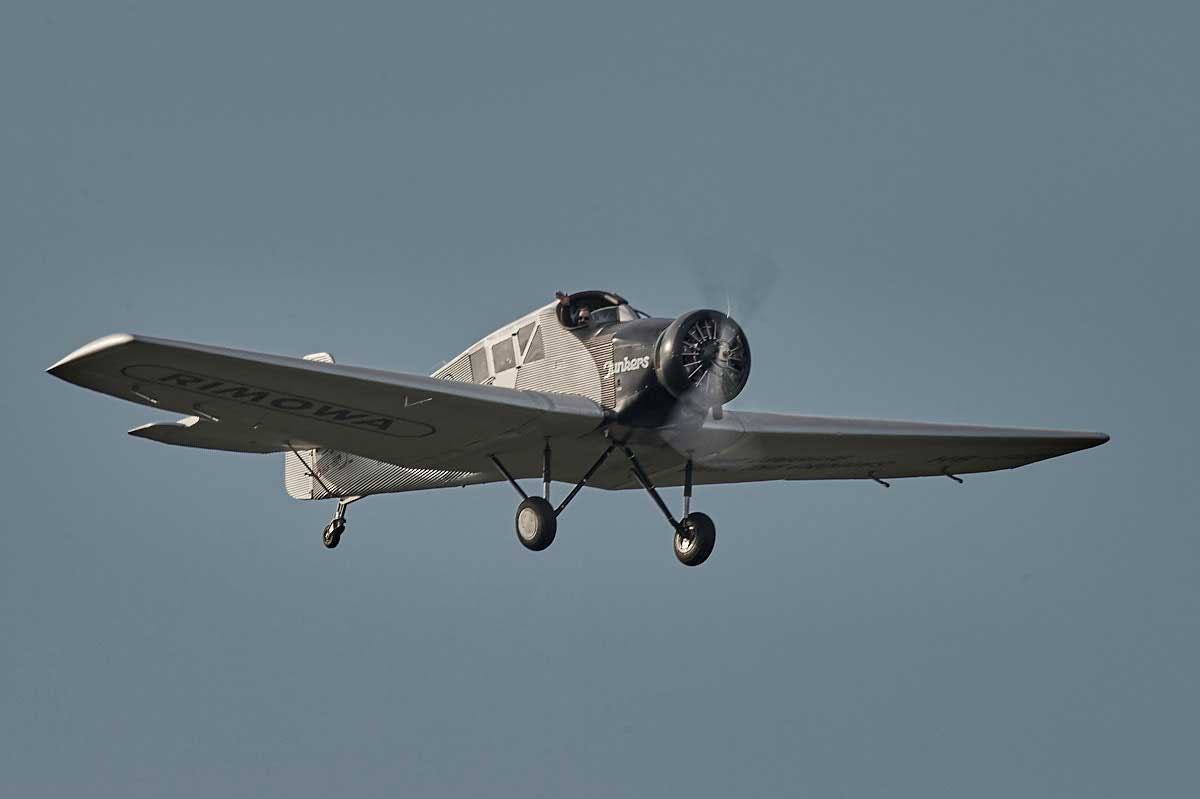 The team working on the repliuca included Kälin Aero Technologies, MSW Aviation, Naef Flugmotoren AG, AeroFEM GmbH and JU-AIR. A Junkers JL6 at the Museum of Air and Space at Le Bourget in Paris proved to be especially helpful. It was measured using lasers and the data was then fed into state-of-the-art 3D construction software.

It took 12,000 hours to construct the Junkers F13. The low-wing plane, with an open two-man cockpit, comprises 2,600 parts held together by more than 35,000 rivets. 60 kilogrammes of paint were used for the finish. The historical replica is powered by a Pratt & Whitney Wasp Junior R985 9-cylinder radial engine with 450hp. The interior is luxuriously finished with fine leather.